4 Growth Stocks That Could Supercharge Your Portfolio 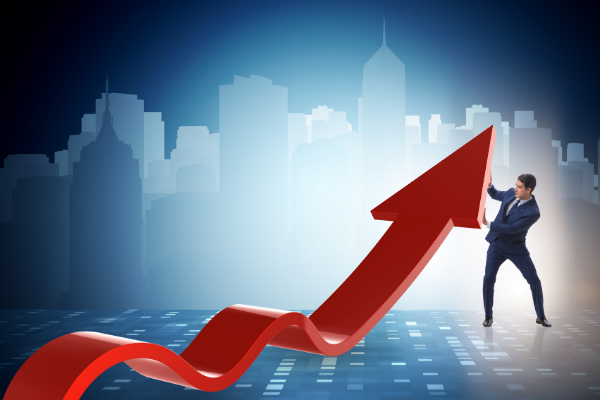 You’d be surprised to learn that some companies continue to grow despite the pandemic.

There are good reasons for this.

Certain industries (and the companies within) may have remained relatively untouched by the pandemic, unlike those in the hardest-hit sectors such as aviation and hospitality.

Yet there are companies that find themselves in the fortunate position of being in an industry that is experiencing multi-year growth despite the bleak economic landscape.

Investors need to ensure, though, that the reasons for the strong growth can be sustained.

Otherwise, you could end up chasing growth that cannot be sustained over the long-term.

Here are four growth candidates that could provide the fuel for your portfolio’s stellar performance.

The company is present in 18 countries including Brazil, Argentina, Mexico and Chile.

With the pandemic accelerating the shift to online payments, MELI has witnessed a surge in usage of its Mercado Pago payments platform.

Gross merchandise volume has jumped 30% year on year from US$6.5 billion to US$8.5 billion, while total payment transactions more than doubled from 326 million to 696 million.

Consequently, MELI’s net revenue has also risen in tandem, up 50% year on year to US$1.5 billion for the first half of this year.

Net profit has risen 24% year on year while free cash flow nearly quadrupled to US$470 million from US$95 million from the same period last year.

Chipotle is a restaurant chain that serves delectable Mexican fare with over 2,650 outlets as of 30 June 2020.

The company saw the worst impact from the lockdowns back during April, as it had to temporarily shut numerous outlets to comply with government regulations.

Comparable restaurant sales plunged 24.4% year on year in that month but have since improved to post 2% year on year rise in June.

Chipotle has been building its digital presence even before the pandemic hit, allowing it to leverage digital sales to replace lost sales from the closure of its restaurants.

For the second quarter, digital sales grew 216% year on year and made up 60% of total sales.

By July, the company had opened its 100th Chipotlane, a drive-thru digital order pick-up concept, and plans to hire up to 10,000 new employees.

With Chipotle’s strong digital presence, the restaurant chain is poised to continue growing despite the challenges facing the food and beverage industry.

Facebook is the ubiquitous social media company that can be found on almost everyone’s laptop and mobile phone.

The emergence of COVID-19 has pushed even more people to use social media as a way to stay in touch with friends or family.

Facebook’s daily and monthly average users (DAU and MAU) continue to log double-digit year on year increases in the second quarter of 2020.

Total revenue increased by 11% year on year during the quarter. However, expenses were kept in check, rising only 4% year on year, resulting in a 29% year on year jump in operating profit.

CEO Mark Zuckerberg mentioned that Shops, an online storefront, will be rolled out more broadly in 2020, allowing any small business to put up their catalogue across Instagram and Facebook and begin selling.

Elsewhere, Instagram Reels, Facebook’s challenger to TikTok, was launched in August and plans to start testing shopping by the end of this year.

That’s a lot to look forward to for investors as Facebook retains its spot as the most dominant social media platform.

The group posted original revenue guidance of between S$460 million and S$480 million for the full fiscal year 2020, but this was revised upwards to S$480 million to S$500 million last month.

AEM had also just concluded the acquisition of 100% shareholding in DB Design Group to expand its design and application engineering capabilities.