A recovery in consumer spending will further boost the prospects of these three businesses. 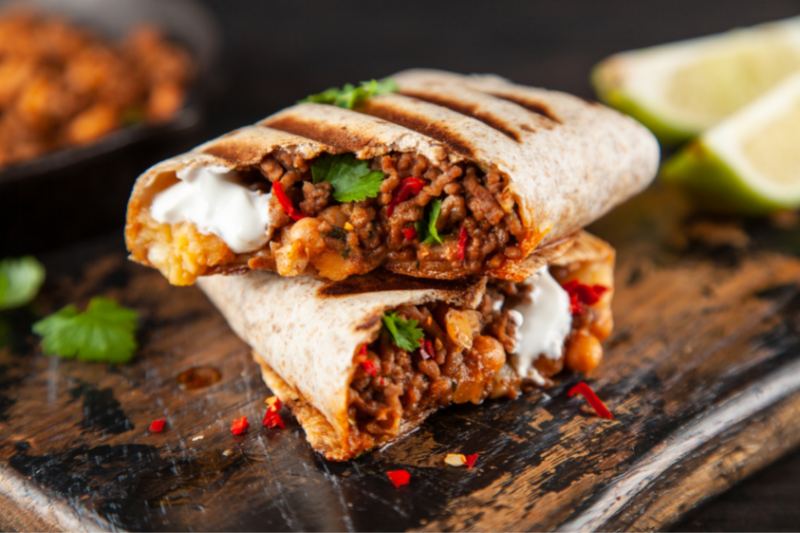 With the imminent global recovery, consumer sentiment has also been on the mend.

As a wave of vaccination sweeps across the world, more countries are ready to open up their economies.

The pandemic may have led to a spate of lockdowns and border closures, but it did not dampen spending demand for consumer goods.

Even as people were cooped up at home, e-commerce usage boomed as more went online to shop for goods and services.

Companies that were able to pivot their businesses to online platforms benefitted from this surge in online activity.

As a result, these businesses displayed resilience and continued growing even through the economic downturn.

These three consumer stocks demonstrate such characteristics and you may consider adding them to your investment watchlist.

Chipotle Mexican Grill, or CMG, operates a chain of restaurants in the US, Canada and parts of Europe serving responsibly sourced Mexican-style food without artificial colours, flavours or preservatives.

Revenue jumped by 38.7% year on year to US$1.9 billion, with comparable restaurant sales rising by 31.2% year on year.

Digital sales grew by 10.5% year on year and now constitutes nearly half of total sales at 48.5%.

Operating income clocked in at US$245.5 million, a sharp reversal from the operating loss of US$4.9 million a year ago due to the temporary closure of the company’s restaurants.

Net profit stood at US$188 million for a net margin of around 10%, significantly higher than the US$8.2 million chalked up a year ago.

CMG’s restaurant-level operating margin hit 24.5%, close to a six-year high, and the company added a net of 51 restaurants during the quarter.

The company has also announced the launch of Rewards Exchange, one of the biggest updates to its Chipotle Rewards program since it was launched in 2019.

CMG’s 23 million Rewards members can now play an interactive racing game to earn game points and exchange for a wider variety of rewards such as drinks or Chipotle merchandise.

Foot Locker is a specialty athletic retailer that sells a variety of sports apparel and footwear.

The company has its brand also sells merchandise from Nike (NYSE: NKE) and Adidas (OTCMKTS: ADDYY).

Foot Locker has around 3,00 retail stores located in 27 countries across the US, Europe, Asia, Australia and New Zealand.

Revenue surged by 83% year on year to US$2.1 billion as its stores reopened after the temporary closures related to the pandemic.

CEO Richard Johnson attributed the recovery to the company’s wide range of merchandise which resonated with customers, as well as continued engagement through its digital platform.

Foot Locker reported an operating profit of US$282 million, a sharp reversal from the US$105 million operating loss incurred in the same period last year.

Net profit came in at US$202 million, and the company ended the quarter with US$1.9 billion worth of cash and debt of just US$109 million.

Home Depot is the world’s largest home improvement store retailer with a total of 2,298 stores in the US, Canada and Mexico as of 30 April 2021.

Operating profit soared by 76.5% year on year to US$5.8 billion as selling and administrative expenses rose less than gross profit.

Net profit clocked in at US$4.1 billion, logging up an 84.6% year on year increase over the prior year’s period.

The improved performance was driven by a combination of increased customer transactions and higher average ticket sizes.

Home Depot declared a quarterly dividend of US$1.65 per share, making this the 137th consecutive quarter that the company has paid a cash dividend.

Annualising the dividend, shares of the retailer are offering a dividend yield of around 2% at a closing price of US$331.18.