3 Trends That Will Carry on Past the Pandemic 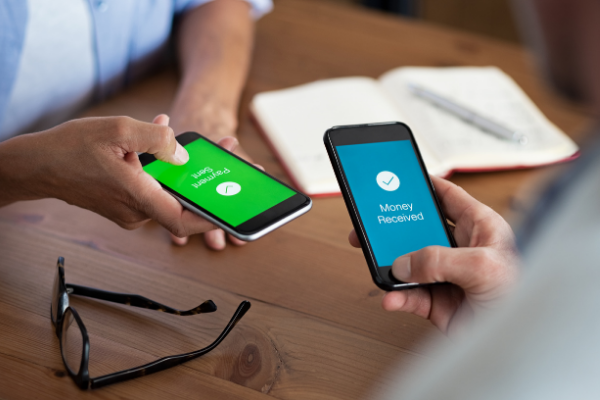 The pandemic has caused major disruptions to our daily routines.

And that’s an understatement.

Such a major event can modify existing habits into new ones.

While some may lament the passing of the old ways, we need to adapt as conditions around us change.

The next question, of course, is what new trends or practices will emerge after the pandemic is long gone.

The way to think about it is this — if human beings become accustomed to a new and better way of doing things, then it’s unlikely you will want to revert to old habits.

Here are three trends that have taken root during the pandemic that we believe should persist over the long-term.

Consumers are now increasingly turning to digital payments as the pandemic has caused many to eschew physical cash.

Although cash is still predominantly used by the bulk of the populations in countries such as India and Indonesia, there’s mounting evidence that the younger generation sees cash as becoming more and more obsolete.

This crisis has opened large populations to the possibility of tapping on online payments for all manner of transactions.

The adoption rate has been dizzying, to say the least.

Total payment transactions more than doubled to 1.3 billion during the same period.

Furthermore, the electronic payments company expects TPV to continue to grow in the high 20% range year on year for 2021.

Even credit card companies such as Visa (NYSE: V) are jumping on the online payments bandwagon.

A second trend that has taken root is a boom in data usage caused by more people moving online.

The explosion in video conferencing usage has led to a surge in demand for companies such as Zoom (NASDAQ: ZM).

Many businesses were forced to quickly pivot to plying their trade online or risk losing out to competitors who were either better-prepared or more nimble.

Even after this crisis has passed, data usage is expected to continue growing.

This growth will be powered by 5G technology, which is purportedly 100x faster than the current 4G speeds.

American Tower owns and operates a portfolio of around 181,000 communication sites globally, while Crown Castle owns around 40,000 cell towers and 80,000 miles of fibre support in the US market.

Crown Castle’s CEO Jay Brown sees a decade-long investment by its customers in 5G that will support multi-year growth for the business that will allow it to grow dividends by 7% to 8% a year.

Unsurprisingly, more and more people have taken to shopping online as brick-and-mortar stores have been forced to shut due to lockdowns.

Many companies have been leveraging on their online presence to conduct sales, and some have even reported a significant surge in digital sales that helps to make up for the lost sales at physical stores.

Nike (NYSE: NKE), for example, has seen its digital sales surge 84% year on year in its latest quarter.

The sportswear giant has not slowed down on innovative new sports footwear launches and uses its online platform to sell these to members.

Shopify (NYSE: SHOP), an e-commerce company that smoothens the process of setting up an online shop for entrepreneurs, reported a 48% year on year surge in subscription solutions revenue due to more merchants joining its platform.

Over in the food and beverage industry, online food ordering has also experienced a strong uptick in demand.

DoorDash (NYSE: DASH), the market leader in food delivery in the US, saw its revenue more than triple from US$587 million to US$1.9 billion in the first nine months of 2020.

And coffee chain Starbucks (NASDAQ: SBUX) is increasing its throughput for drive-thru and curbside pickup (where customers order using an app and then collect), underscoring the evolution of restaurant formats to deal with the pandemic.