3 Stocks to Help You Build A 5G Portfolio 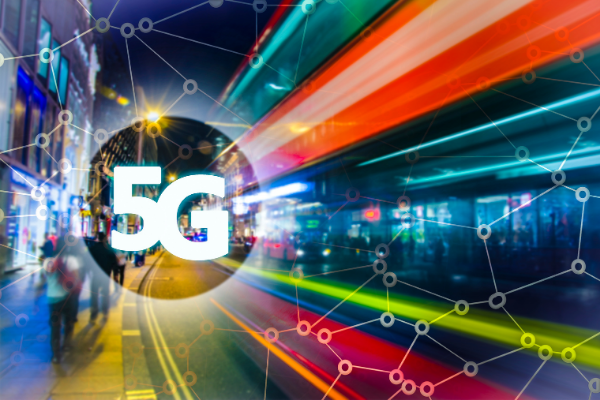 It is difficult to imagine life without the internet.

Since the smartphone revolution which began with the launch of Apple’s (NASDAQ: AAPL) first iPhone in 2007, countless industries have been disrupted and mobile devices have become an indispensable part of our lives.

To keep up with the world’s insatiable demand for mobile connectedness, wireless technology and infrastructure are constantly improving.

As a result, a new generation of wireless networks has emerged every 10 years since the early 1980s.

But the implications are more far-reaching than faster download speeds or higher definition video streaming.

By providing hyper-fast digital data transfers, 5G can fuel larger and improved networks of connected devices beyond the smartphone — commonly referred to as the Internet of Things (IoT).

These devices interact with one another in order to automate, control or monitor different applications and functions.

This would in turn spur new innovations across multiple industries such as smart cities, autonomous vehicles and industry 4.0 initiatives.

However, we should be mindful that 5G is not widely adopted yet as the infrastructure is still being built out across cities.

In fact, telecommunications giant Ericsson predicts that it would take the next five years for 65% of the world’s population to have 5G coverage. In Singapore, nationwide 5G coverage is also expected within the same timeframe.

As 5G takes time to become mainstream, investors who are looking to be part of this transformative trend may approach it by focusing on businesses that already enjoy secular tailwinds from digitalisation, and also have the added advantage of having 5G as another growth catalyst.

Let’s take a look at some businesses that you can consider for your 5G investment portfolio today.

Advanced 5G technologies could deliver surfing speeds that are 20 times faster than what 4G networks offer, as well as the ability to connect 1,000 times as many devices.

This massive improvement would cause enterprise networks to experience significantly higher data traffic loads, which necessitate more efficient ways to manage the large volumes of data that are consumed or generated.

One fast-growing company that helps enterprises search, analyse, and utilise their data is Elastic.

Elastic’s competitive edge lies in the speed and power of its open-source search engine called Elasticsearch, which works with all forms of data and is scalable across various hardware configurations.

Customers come from a wide range of industries and use Elasticsearch for diverse applications.

Elastic operates a freemium model to drive broad adoption of its platform and upsells users to paid subscription tiers that offer more advanced and dedicated features to support any organisation’s needs.

This strategy seems to work as Elastic has experienced a more than two-fold increase in the number of subscription customers, from 5,500 two years ago to 12,100.

During this period, the number of customers with annual contract value greater than US$100,000 has also more than doubled from 300 to 630.

Management remains optimistic about Elastic’s growth and expects the fiscal year 2021 to generate US$544 million in revenue, up 28% from its current fiscal year.

Cybersecurity is an integral part of 5G networks as they help to keep the massive volumes of data safe and secure.

To this end, CrowdStrike offers a unique advantage over typical cybersecurity providers.

Unlike typical providers who may struggle with increased data loads, CrowdStrike’s technology gets smarter as it takes in more data.

It applies artificial intelligence technology to discover cyberthreats on endpoint devices in order to detect and prevent malware, hacking, and data theft.

Once a threat is identified, CrowdStrike’s technology enables all of its customers to be protected automatically and in real time. In other words, the more users are on its platform, the better it gets at protecting them.

Consequently, it is not hard to imagine that the demand for CrowdStrike’s solutions would increase alongside the growing number of connected devices that 5G enables.

The company has also displayed a strong track record of operating performance.

For the second quarter, total revenue was up by 84% to US$199.0 million compared with the same period last year. It also added 969 net new subscription customers during the period, representing a 91% increase year over year.

Management is no doubt optimistic about CrowdStrike’s continued growth.

According to CEO George Kurtz, CrowdStrike’s growth momentum will be fuelled by organizations’ accelerated shift to cloud-based cybersecurity solutions. The demand for endpoint security is also rising as workforce structures become more decentralized.

NVIDIA is a leader in the graphics market, commanding an 80% market share in discrete graphics processing units (GPUs).

While the company has its roots in providing GPUs to enhance gaming capabilities, its GPUs today are used in diverse applications ranging from data centre processing to powering artificial intelligence and machine learning capabilities.

In the second quarter, sales of NVIDIA’s GPUs for data centres outpaced sales derived from gaming applications for the first time.

While gaming revenue grew by a respectable 26% year over year, data center revenue surged by 167% over the same period.

The company continues to seek ways to diversify its revenue by developing novel applications for its GPUs. One such application involves the use of its GPUs to make 5G networks smarter and more efficient.

NVIDIA’s relentless technological advancements have been rewarded by a 50% year over year increase in revenue to a record US$3.87 billion in the second quarter.

CEO Jensen Huang has expressed confidence in NVIDIA’s growth prospects in his recent statement: “Despite the pandemic’s impact on our professional visualization and automotive platforms, we are well-positioned to grow, as gaming, AI, cloud computing and autonomous machines drive the next industrial revolution around the world.”

At The Smart Investor, we like to fill our portfolio with trailblazing companies. These are the ones that create waves in the industry, often with game-changing technology. They lead the headlines, and with enough force, they can completely define an entire industry.

That’s one of the goals of The Smart All Stars Portfolio. We will be reopening some limited seats to our service in just a couple of days. Register your interest here if you’d like to receive a special 11.11 invitation!