3 Things You Can Expect from Budget 2021 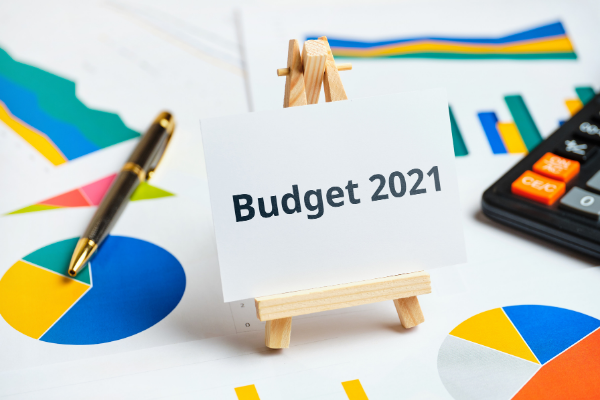 Budget 2021 is just around the corner.

And many local businesses are waiting with bated breath.

The Budget, set to be delivered on 16 February at 3 p.m., promises to offer more assistance and support to sectors still reeling from the devastating impact of COVID-19.

The adverse impact from the pandemic was so acute that the government felt compelled to tap on the country’s reserves to help prop up the economy — only the second time in history that it had done so.

Measures back then include the Jobs Support Scheme (JSS) to assist firms to defray the cost of salaries, mandating relief measures to be passed down from landlords to tenants and a slew of tax rebates and incentives.

Because of last year’s Budgets, Singapore’s GDP contracted by a smaller 5.8% rather than the estimated 12.4%.

The unemployment rate also ended up at 4.1%, significantly better than the projected 6.1% had the Budgets not been announced.

With that as a background, we turn our eyes to this year’s budget.

Here are three things investors can expect from this year’s Budget.

One of the most important measures introduced to help firms tackle the crisis was the JSS.

In a nutshell, the JSS is a scheme where the government co-funds between 25% to 75% of the first S$4,600 of gross monthly wages for each local employee.

The percentage allowed will depend on the extent that the industry is impacted.

For instance, hardest-hit sectors such as aerospace, aviation and tourism received the highest tier of assistance as these industries are directly impacted by lockdowns and border closures.

The JSS was extended up till March this year in an announcement posted last August, where the worst-hit sectors would receive 50% wage support.

With this scheme tapering off in a month, and with no respite from the pandemic thus far, badly-affected sectors are hoping for more support from the government.

There could be more assistance doled out to help businesses that are still adversely impacted.

Budget 2021 may also introduce new measures that allow affected companies to tide through these tough times.

By protecting businesses and ensuring they do not fail, the government has extended a safety net to employees, allowing them to keep their jobs during this challenging period.

One of these was the Jobs Growth Incentive where the government will co-pay up to 25% of the salaries of new hires for one year.

If the employee is aged 40 or above, the co-payment increases to 50%.

There was also a COVID-19 Support Grant that expired in December last year to help Singaporeans who were unemployed or who suffered from significant financial hardship.

Successful applicants would receive an amount ranging from S$500 to S$700 per month for three months.

It was recently reported that median household incomes had fallen by around 2.4% last year, in line with the shrinkage in Singapore’s economy.

More targeted assistance may also be offered to lower-income families who have fallen through the cracks.

Measures to tackle the widening income gap and prevent the chasm from growing wider may also be proposed.

Investing for the future

Finally, the government may announce investments in areas that present attractive growth prospects for the country.

Sectors such as electronics, 5G, artificial intelligence, digitalisation and cloud computing are promising areas that should continue to do well post-crisis.

Budget 2021 is a good opportunity for the government to boost such industries and promote their growth.

By attracting more of such firms to set up shop here, more jobs will be offered to locals, thus propping up the employment rate.

Singapore will also be securing its future by investing in new technologies that help to boost the country’s GDP and attract foreign direct investment.

Get Smart: A delicate balance

The upcoming budget is increasingly being viewed as a crucial one for taking Singapore forward.

The government needs to calibrate its approach carefully to ensure that it achieves a delicate balance.

Financial assistance should be handed out to struggling industries, while money should also be allocated to boost sectors that represent the country’s future.

If the job is done right, people will benefit from job protection and, in turn, can consume more goods and services.

In the long-run, this virtuous cycle of spending and investments can help Singapore to recover faster from the pandemic.