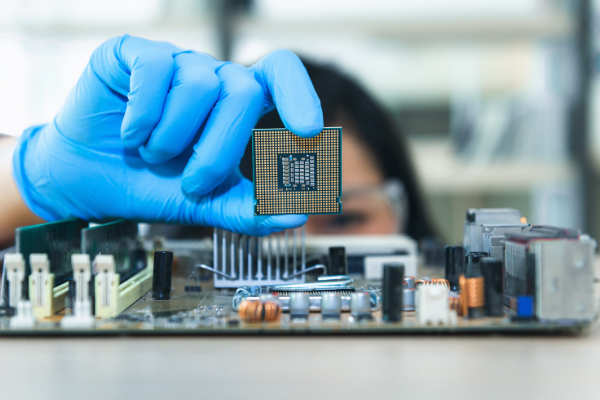 Some investors believe that initial public offerings, or IPOs, represent overpriced companies that are marketed to the public.

This perception stems from the fact that more IPOs tend to be launched when the stock market is bullish.

While there may be some truth to the above assertion, we must be careful not to tar all newly-listed companies with the same brush.

After all, the primary purpose of the stock market serves as a platform for businesses to raise money.

As such, it shouldn’t be surprising that growing companies will tap on capital markets as a source of funds.

Nanofilm Technologies is a provider of nanotechnology solutions with competencies in research, design and engineering.

The group has three business divisions: advanced materials (AM), industrial equipment (IE) and nanofabrication, of which AM contributes the bulk (~84%) of group revenue.

Nanofilm was listed on October 30 last year at an IPO price of S$2.59 per share.

Last Friday, shares of the engineering company closed at S$4.87 for a quick gain of 88% since its IPO.

Net profit attributable to shareholders surged by 61.1% year on year to S$57.6 million.

The AM division saw a 66.5% year on year jump in revenue to S$182.5 million on the back of strong demand from the computer, consumer electronics and automotive sectors.

Nanofabrication division saw revenue nearly doubling to S$11.3 million, albeit off a small base.

The group is poised for a bright future as the demand for technologies and applications in the markets continues to grow.

According to independent research outfit Frost and Sullivan, the market size for AM is anticipated to hit US$24.3 billion by 2023, while that of components for value chain integration is estimated to reach US$423 billion in the same year.

Nanofilm’s revenue is currently just a fraction of this addressable market, implying significant opportunities for the group to continue its strong growth.

Credit Bureau Asia, or CBA, is in the business of providing credit and risk information solutions.

Its client base consists of banks, financial institutions, government bodies and local enterprises and the group has a presence in Singapore, Malaysia, Cambodia and Myanmar.

CBA currently has access to a database of more than 330 million business credit records globally as of 31 December 2020.

Revenue for the full year rose 6.8% year on year to S$43.4 million, driven by an increase in bulk review reports sold to bureau members as well as increased compliance and risk management monitoring for its clients.

Profit after tax declined by 2.6% year on year due to IPO-related expenses. Stripping this item out, core net profit rose by 11.1% year on year to S$8.2 million.

No dividend was declared as this was the release of the first results since the group’s IPO, but management has pledged to pay out at least 90% of attributable profit in twice-yearly dividends.

G.H.Y Culture and Media, or GHY, is an entertainment company that produces and promotes films, dramas and concerts in the Asian region.

The group has its in-house teams of scriptwriters, directors and producers that write and produce quality content that is distributed across major TV networks and video streaming platforms in China.

These impressive results were due to the strong demand for GHY’s drama series in 2020.

In line with its strong results, the group declared a final dividend of S$0.0107.

GHY has a healthy project pipeline for both TV programs and films, with 13 dramas and one film expected to be released either this year or next year.

The programs cover a wide variety of genres including costume, modern and themed-type series, thereby catering to a diverse audience.

Just last week, the group announced that it had entered into a memorandum of understanding with iQiyi (NASDAQ: IQ), a leading online streaming service provider, to establish a talent management agency based in Singapore.

With a healthy content pipeline and strong demand for its shows, GHY looks poised to continue to grow.