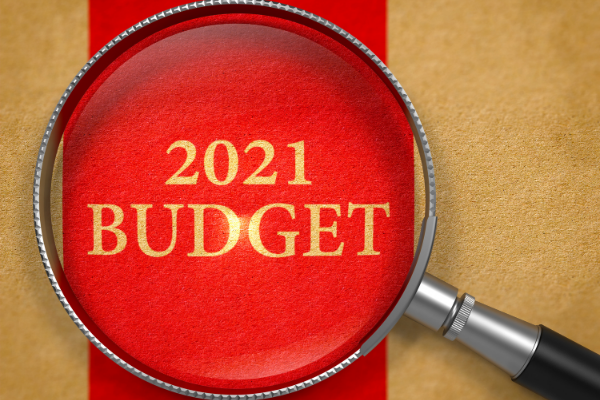 Finance Minister Heng Swee Keat had just delivered Singapore’s Budget 2021 yesterday and it was broadly in line with what we had expected.

The Budget was aptly named “Emerging Stronger Together” as the country slowly emerges from the damage wreaked by the COVID-19 pandemic.

For the second year in a row, the government dipped into its past reserves to the tune of S$1.7 billion to fund measures related to the pandemic.

This amount will be combined with S$9.3 billion that was drawn last year but not used to fund the COVID-19 Resilience Package that will add up to a total of S$11 billion.

The Budget is expected to record a deficit of around S$11 billion or 2.2% of Singapore’s Gross Domestic Product (GDP).

This was significantly down from last year’s record deficit of S$64.9 billion but still underscores the urgency in helping businesses and individuals to cope with the crisis.

Here are three key highlights from Budget 2021 that investors should take note of.

A total of S$2.9 billion will be used to extend the Jobs Support Scheme (JSS), which was originally mooted to assist businesses to defray wage costs amid plunging demand.

Under JSS, the government pays a portion of employees’ wages, and a total of S$25 billion has been committed to this scheme so far to help a total of 150,00 employees.

However, this extension will be applicable mainly for sectors such as the aerospace, aviation and tourism sectors that continue to be adversely impacted by the pandemic..

Businesses in food services, retail and arts and entertainment will receive 10% wage support from April to June.

S$133 million is being set aside to continue the Driver Relief Fund to ease financial pressure off drivers who have seen business plummeting.

A strong impetus for sustainability

In a push for a greener society, the government announced more measures to encourage drivers to make the switch from petrol and diesel vehicles, to electric vehicles (EV).

Environmental, social and governance (ESG) aspects have played a bigger role in today’s world as compared to a decade ago.

Even Keppel Corporation Limited (SGX: BN4), well known for being one of the world’s largest oil rig producers, is pivoting towards renewable energy such as solar and wind power.

The minimum Additional Registration Fee (ARF) for EV will be lowered to zero from January 2022 till December 2023.

If we add in enhanced EV incentives announced last month, an EV buyer could save as much as S$45,000 in tax breaks.

Furthermore, the government has committed to more than doubling the number of public EV charging points from its original plan of 28,000 to a new target of 60,000 by 2030.

These measures will boost the business prospects for companies such as Tesla (NASDAQ: TSLA), one of the pioneers in the development of the EV.

However, the shift to EV could have implications for VICOM Ltd (SGX: WJP) as the group’s vehicle inspection business handles predominantly ICE vehicles.

The good news is that EV also needs periodic inspection, and VICOM is keeping abreast of such changes to introduce similar tests for EV in future.

Budget 2021 will also introduce the Growth and Transformation Scheme (GTS) to digitalise processes and upskill workers in the construction, real estate and facility services businesses.

The pandemic has accelerated the shift to the online world for a wide swath of businesses from retail to banking.

The idea of the GTS is to level up existing ecosystems and value chains to enhance efficiency and productivity.

Companies such as Boustead Projects Limited (SGX: AVM), an industrial real estate specialist, have already incorporated techniques such as Building Information Modelling (BIM) into their workflow.

BIM is one of the transformation efforts being promoted by the government to tap on technology and reduce reliance on labour-intensive methods.