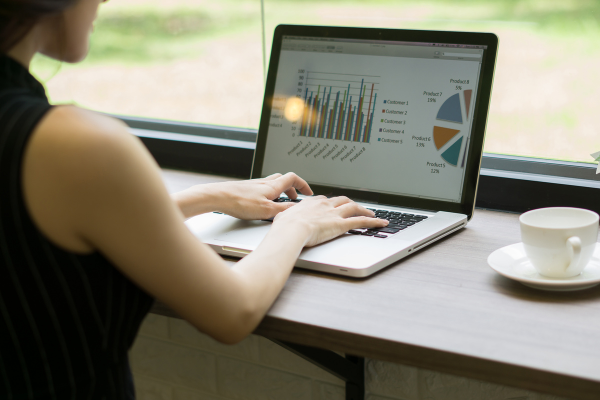 Singapore’s economy is reopening but most residents prefer to stay at home.

According to a recent study by Digimind, three out of four Singapore residents have indicated their preference to stay at home. The ratio closely matches similar findings from Malaysia, the Philippines, Indonesia, and Hong Kong.

As consumers stayed indoors, their buying habits have started to shift in a big way.

The change was particularly acute during the circuit breaker period when residents spent most of their time at home.

With movement restricted, most of the daily activities which were once done outdoors, moved indoors as well.

The shift in consumer behaviour was stark.

Singapore’s once-popular shopping malls saw footfall decline by as much as 80% in May. Ridership for public transportation plunged by 80% year on year.

But not all companies suffered the same fate.

In fact, there are a select few that experienced a sharp surge in demand in what is now referred to as the stay-at-home economy.

Sports facilities and gyms had to be closed during Singapore’s circuit breaker period.

But it doesn’t mean that fitness took a back seat.

Peloton provides connected fitness packages which include a stationary bicycle or a treadmill with an attached high-definition touchscreen for live streaming and on-demand classes.

There is also a subscription plan for access to fitness classes, and other functions such as leaderboards and performance metrics.

Peloton proved to be a hit as workers stayed home.

Between April and June, connected fitness subscriptions more than doubled while paid digital subscriptions (which do not come with a bike or treadmill) tripled. The fitness platform ended June with around 3.1 million subscribers.

The huge surge in subscriptions sent Peloton’s revenue soaring 172% year on year to over US$600 million for in its latest quarter.

Initial signs suggest that Peloton’s success is not based on impulse buys, and that this trend is here to stay.

Workouts on its connected fitness platform more than quadrupled to 76.8 million in the latest quarter, with users averaging 25 monthly workouts each.

The strong results have driven Peloton shares up by over 314% year to date.

The burgeoning interest in-home workouts have not gone unnoticed by competitors.

Last month, Apple (NASDAQ: AAPL) announced its Fitness+ subscription which pairs its Apple Watch and other products in its slate.

Online gaming was already a popular pastime before the pandemic, with an estimated three billion players worldwide.

But the sector got a big boost when lockdowns freed up time for home entertainment.

Singapore-based Sea Limited (NYSE: SE), saw the number of active gamers on its platform close in on half a billion while the number of paying users leapt by over 90% year on year between April and June, ending at almost 50 million.

Microsoft’s (NASDAQ: MSFT) gaming division enjoyed a similar surge in demand in its latest quarter, clocking a 64% increase in revenue compared to a year ago.

To further its ambition, the tech giant agreed to pay US$7.5 billion for ZeniMax Media, the parent company for one of the largest game developers in the world, Bethesda Softworks.

The size of the acquisition, Microsoft’s third-largest ever according to Geekwire, speaks volumes of the software company’s intentions for the gaming sector.

Meanwhile, Take-Two Interactive Software (NASDAQ: TTWO), the maker of the popular Grand Theft Auto game, reported a 70% surge in digital-delivered gaming revenue in its recent quarter, which now accounts for 87% of its total sales.

The strong demand for games witnessed by the three companies above suggests that there is plenty of room for multiple winners within this burgeoning industry.

According to Microsoft, online gaming is the largest and fastest-growing form of entertainment in the world and is expected to draw in over US$200 billion in sales in 2021.

Singapore’s unemployment rate is steadily rising as the financial stress caused by the pandemic takes its toll.

Likewise, the unemployment rate in the US hit an all-time high of 14.7% in April earlier this year.

But as workers are retrenched, some have turned to online marketplaces such as Esty (NASDAQ: ESTY) to try their hand at home businesses.

Esty’s revenue soared almost 140% year on year in its latest quarter as 112,000 sellers sold US$346 million worth of face masks within three months. As consumers stayed home, demand for home furnishings and houseware rose sharply with US$740 million worth of merchandise sold.

The Ottawa-based company provides tools for first-time entrepreneurs and small businesses to run an online store. The majority of merchants on the Shopify platform, which exceeds one million, pay the company US$50 per month.

Gross merchandise volume passing through on Shopify’s platform increased 119% year on year in its latest quarter, leading to the company’s revenue nearly doubling for the period.

On the back of their strong business performance, shares of Shopify have more than doubled for the year, while Esty’s shares have tripled.

Get Smart: The road to recovery

The stay-at-home economy is still in its infancy.

As lockdowns are eased, no one can tell for sure which trends will continue and which pandemic-driven habits will revert back to pre-COVID norms.

As investors, we have to recognise that we are all going through a pandemic for the first time.

There will be new things to learn as the world takes the long road to recovery.

And we will all learn together.

At The Smart Investor, we are staying invested, as we always do.

We believe that superior companies will adapt successfully to the changing landscape.

Investing in good companies, in our view, will yield the results that you seek.

Most of all, we are confident that there will be better days ahead.

All we have to do is lean in and move forward.