Will Optimism Lead to a Santa Claus Rally? 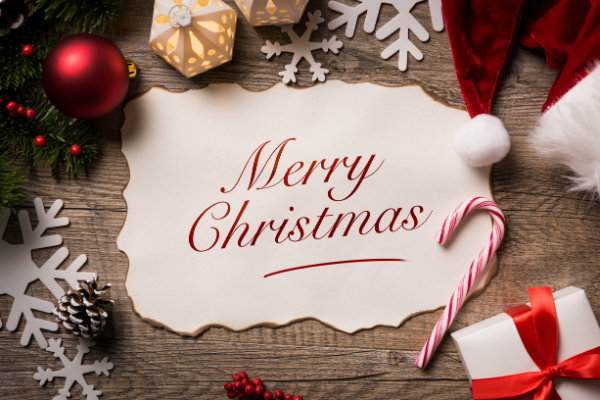 It’s an understatement to say that 2020 has been a rollercoaster ride.

Starting with the discovery of a new, deadly pathogen known as COVID-19 back in January, stock markets swiftly crashed in March as a pandemic swept across the globe.

The world spent the next seven months frantically working to develop a cure or vaccine for the virus, and in November, several pharmaceutical companies announced successful trials for their vaccine candidates.

What happened next was surprising, but utterly believable if you understand human nature well.

Stock markets in the US, which had already been rising since the big crash in March, headed up even more to scale new all-time highs.

And in Singapore, the Straits Times Index (SGX: ^STI) has risen more than 15% since the start of November, buoyed by optimism over the vaccines.

The government had also recently announced that Phase III of the reopening will take place on 28 December, further adding to the festive mood.

The optimism is infectious, leading to investors expecting a Santa Claus rally.

A worrying new development has emerged.

Over the weekend, Britain reported a new strain of COVID-19 that is deemed to be “up to 70% more transmissible”.

This new strain was spreading like wildfire in certain parts of the country, resulting in a growing number of countries imposing travel bans with the UK.

While mutations are common for viruses that have circulated among the human population, there are worries that the new strain may either be more infectious, result in a higher fatality rate, or be immune to the recently-distributed vaccines.

Although there was initial jubilation when new vaccines were announced, the fight with the COVID-19 virus is far from over.

Assuming the current vaccines are effective against all current strains of the virus, there’s also the question of how our lives will be like post-pandemic.

No one claims to fully understand the implications of the pandemic on human habits and practices.

There is still much that we are learning as time goes by.

Entire industries such as aviation and tourism have been badly impacted by the pandemic, while others, such as rubber gloves and cloud services, have instead received a shot in the arm.

Questions will inevitably arise as to which trends will endure, and which will revert to pre-pandemic days.

Telecommuting and e-commerce are two phenomena that have witnessed an explosion in demand as lockdowns and movement restrictions kicked in.

There may be other unintended or unknown effects arising from the effects of a pandemic-wrought world.

As investors, it will be prudent to watch, absorb and learn before we dive head in into what may turn out to be ephemeral trends.

Be wary of over-exuberance

In that same vein, be warned that over-exuberance may lead to poor long-term returns.

A lot of idle capital has been chasing several prominent names, pushing valuations up to stratospheric levels.

While some of this rise is probably justified due to heightened demand, it pays to be cautious as signs of froth could be appearing.

What was once celebrated as a laggard that seems poised to do well may turn out to be reviled when things turn south.

There is a tendency for humans to overreact and lead to sentiment swinging towards the extremes.

Now, the sentiment has shifted with investors believing that things can only get better to the point where they are willing to pay lofty valuations amid unbridled optimism.

When such behaviour becomes rampant, we should be all the more cautious.

Get Smart: Slow and steady wins the race

The takeaway here is that you should always remain prudent even when things seem rosy.

It’s easy to get lost in the optimism and throw all caution to the wind.

The reality is that our fight with this once-in-a-century pandemic has only just begun, and the world needs to come together to muster all its resources to be able to overcome this crisis.

While a short-term rally may lift both spirits and valuations, investors should remember that “slow and steady wins the race”.

After all, investing is a long marathon and not a short-term race.