When Should Companies Buy Back Their Shares? 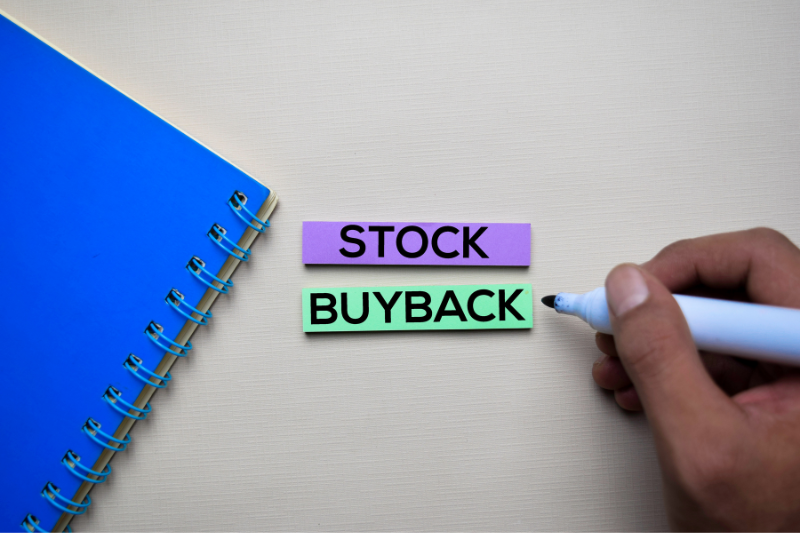 Stocks have taken a beating this year, to say the least. The S&P 500 is down around 19% year-to-date while the NASDAQ has slumped by around 30%. Many high-growth stocks have fallen even harder than that and it is not uncommon to find stocks that are down more than 80% this year.

While these declines are painful, a downturn in stock prices does provide a potential upside: The opportunity to conduct cheap buybacks. Low stock prices mean that companies can buy back their shares at relatively cheaper levels. When done at the right prices, share buybacks can be highly value-accretive for a company’s shareholders.

Buybacks reduce the number of shares outstanding. A company’s future cash flows are, hence, divided between fewer shares, leading to more cash flow per share in the future. But it comes at a cost. The cash that’s used to buy back stock could have been used to pay a dividend to shareholders instead. So how do share buybacks impact the long-term shareholder?

We can measure the present value of the two streams of dividends using a discounted cash flow analysis. Using a 10% discount rate, the dividends in Scenarios 1 and 2 have a net present value of $6.14 and $6.54, per share, respectively. In Scenario 2, shareholders were rewarded with better value over the 10 year period even though they had to wait longer before they could receive dividends.

In the earlier example, Company A created value for shareholders by buying back shares at $5 a share.

But let’s now imagine a third scenario. In Scenario 3, Company A’s stock price is $7.50 and it decided to conduct a share buyback using all its cash flow generated after the first year. Company A, therefore, spent its first $100 in free cash flow to buy back 13 shares, leaving the company with 87 shares outstanding. The table below shows the dividends received in all three scenarios.

In Scenario 3, because shares were bought back at a higher price, fewer shares were retired than in Scenario 2 (13 versus 20). As such, Company A’s dividend per share in subsequent years only increased to $1.15. The net present value of Scenario 3’s dividends, using the same 10% discount rate, is only $6.04. This is actually lower than in Scenario 1 when no buybacks were done.

This demonstrates that buybacks are only value-enhancing when done at the right price. If the required rate of return is 10%, buybacks in the example above should only be done below the net present value per share of $6.14 if no buybacks were done.

Applying this to a real-world example

We can use this framework to assess if companies are making the right decision to buy back their shares. Let’s use the video conferencing app provider Zoom (NASDAQ: ZM) as a case study. Zoom started buying back its shares this year even as its stock price tanked.

In the first three quarters of its fiscal year ending 31 January 2023 (FY2023), Zoom repurchased 11 million shares for US$991 million. This works out to an average share price of approximately US$90 per share.

The table below presents my estimate of Zoom’s future free cash flow per share. I made the following assumptions:

The table above shows the free cash flow per share generated by Zoom in each year under the assumptions I’ve made. Using a 10% discount rate and including current cash on hand (that can be used for buybacks or returned as dividends) of around US$18 per share, Zoom’s net present value per share works out to around US$112.

Recall that Zoom was buying back its shares at an average price of US$90 a piece. Under my assumptions, Zoom’s buybacks are value-accretive to shareholders.

Buybacks can be tricky to analyse. Although buybacks delay the distribution of dividends, they can result in value accretion to shareholders if done at the right price. With the stock prices of many companies falling significantly this year, buybacks have become a potential source of value enhancement for shareholders.

But remember that not all buybacks are good. We need to assess if management is buying back shares because the shares are cheap or if they are doing it for the wrong reasons. With stock prices down and the capital markets tight, I believe that this is a time when good capital allocation is essential. A management team that is able to allocate capital efficiently will not only cause its company to survive the downturn but potentially create tons of value for shareholders.