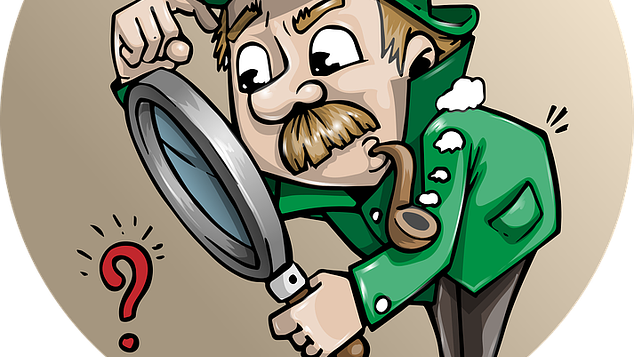 The global economy is made up of nearly 7.8 billion people.

According to the World Federation of Exchanges, an association for exchanges and clearing houses, there are over 48,000 companies listed in the stock markets around the world.

With so many moving parts, what should we really be watching to invest well in stocks? Two great investors, Ralph Wagner and Warren Buffett, have shown us the way through two fun analogies.

Dog on a leash

From my personal observations, the US fund manager Ralph Wagner isn’t very well-known to the public. But he’s one of the real investing greats. From 1970 to 2003, Wagner’s Acorn Fund produced an annual return of 16.3%, which was significantly better than the S&P 500 index’s gain of 12.1% per year over the same period.

But what makes Wagner unique was his wit. A case in point: His 1997 book about his investing adventures is titled A Zebra in Lion Country. According to a Google Books summary, this is the reason for the book’s name:

“Investors are like zebras in lion country: They must settle for meager pickings by sticking in the middle of the herd, or seek richer rewards at the outer edge, where hungry lions lurk.”

Coming back to the main topic of this article, here’s what Wagner once said:

“There’s an excitable dog on a very long leash in New York City, darting randomly in every direction. The dog’s owner is walking from Columbus Circle, through Central Park, to the Metropolitan Museum. At any one moment, there is no predicting which way the pooch will lurch.

But in the long run, you know he’s heading northeast at an average speed of three miles per hour. What is astonishing is that almost all of the dog watchers, big and small, seem to have their eye on the dog, and not the owner.”

If you missed Wagner’s analogy, stock markets are the dog while the underlying businesses of stocks are the dog-owner. As investors, we should really be watching businesses (the owner), and not the dog (stock prices).

No matter how the dog is leaping and where it’s darting to, it will still end up at the Metropolitan Museum at three miles per hour – because that’s the owner’s pace, and where he’s walking to.

Warren Buffett is one of the best investors the world has seen. His long-term track records with his investment fund and his conglomerate, Berkshire Hathaway, are astonishing. In his 2013 shareholders’ letter, Buffett wrote:

“Games are won by players who focus on the playing field – not by those whose eyes are glued to the scoreboard. If you can enjoy Saturdays and Sundays without looking at stock prices, give it a try on weekdays.”

Buffett’s message is similar to Wagner’s: The playing field (businesses) is the important thing to watch, not the scoreboard (stock prices).

Berkshire’s experience is a fantastic example. The chart below shows the percentage change in Berkshire’s book value per share and its share price for each year from 1965 to 2018. There were years when the two percentages match closely, but there were also times when they diverged wildly. A case of the latter is 1974, when Berkshire’s book value per share grew by 5.5% even though its share price fell sharply by 48.7%.

Get Smart: Focusing on businesses

It’s not a coincidence that Wagner and Buffett are saying the same thing. To really do well in the stock market, we should be watching businesses, not stock prices.

I want to end off with a quote from Peter Lynch, himself another legend in the investing business. During his entire tenure as the manager of the Fidelity Magellan Fund from 1977 to 1990, Lynch produced an annual return of 29%.

“I’m trying to convince people there is a method.

There are reasons for stocks to go up. This is very magic: it’s a very magic number, easy to remember.

Stocks are not lottery tickets.

There’s a company behind every stock – if the company does well, the stock does well. It’s not that complicated.”

None of the information in this article can be constituted as financial, investment, or other professional advice. It is only intended to provide education. Speak with a professional before making important decisions about your money, your professional life, or even your personal life. Disclosure: Chong Ser Jing owns shares of Berkshire Hathaway.