We look at the latest happenings at a growth stock and one of Singapore’s three big banks. 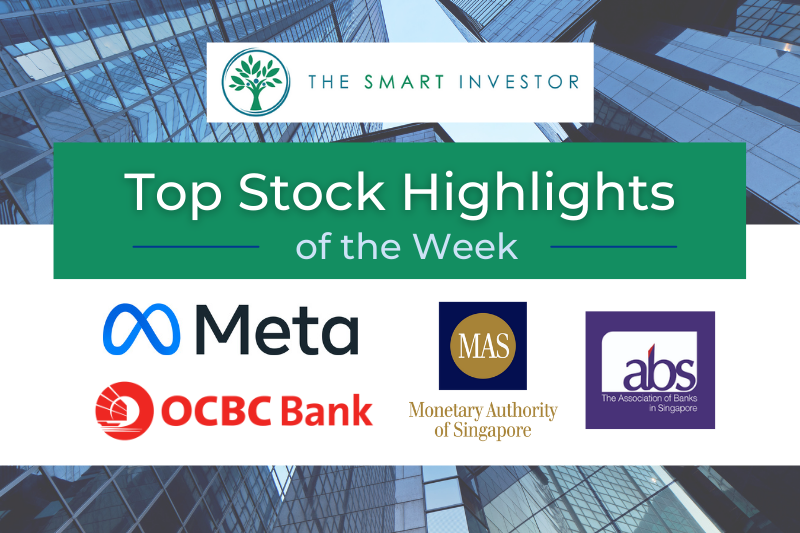 Welcome to the latest edition of top stock highlights where we feature interesting news and snippets from corporate events or earnings.

In a surprise announcement, Meta Platforms, the social media company that owns Facebook, WhatsApp and Instagram, announced that Chief Operating Officer (COO) Sheryl Sandberg will be stepping down from her position.

Sheryl has worked closely with CEO Mark Zuckerberg to build the company to where it is today, and her departure marks 14 years with the Meta Platforms.

She has been a staunch defender of Facebook (i.e. Meta Platforms before its name change) all this time, asserting that the company was learning from its mistakes in policing harmful content that has led to numerous complaints about privacy violations.

Although Sheryl is leaving her post at the company, she will remain on Meta’s board of directors.

Chief Growth Officer Javier Olivan, 44 and a Spaniard, will take over as Sheryl as COO.

Olivan holds degrees in electrical and industrial engineering and joined Facebook in late-2007 as head of international growth.

His new role will include advertising and business products in addition to his existing responsibilities involving infrastructure and corporate development.

Olivan has big shoes to fill as Meta Platforms heads into its next phase of growth with the metaverse as a key focus.

OCBC has announced that S$500 million worth of perpetual capital securities will be issued at a coupon rate of 3.9%.

These securities are issued under its US$30 billion Global Medium Term Note Programme and will first be callable in 2027.

The perpetuals will qualify as Tier 1 Capital under the Monetary Authority of Singapore (MAS).

Previously, MAS had imposed an additional capital requirement of S$330 million on the bank for deficiencies in OCBC’s response to an SMS phishing scam last December.

Back then, a total of S$13.7 million was lost in a spate of scams involving OCBC, with a total of 790 customers affected.

Upon reaching the first reset date in June 2027, the distribution rate for unredeemed securites will be adjusted based on the prevailing five-year SORA rate and a spread of 1.416%.

Monetary Authority of Singapore (MAS) and Association of Banks (ABS)

On the issue of scams, there’s good news for bank customers as MAS has partnered with ABS to introduce more measures to safeguard them from digital banking scams.

Previously, MAS and ABS had implemented a cooling-off period for changes to account details and a minimum 12-hour delay for activating mobile tokens.

The threshold for fund transfer notifications was also set by default to S$100 or lower.

In the latest round, customer confirmations are needed to process significant changes to customer accounts and high-risk transactions.

The default transaction limit will also be lowered to S$5,000 or lower.

Banks are also required to provide an emergency self-service “kill switch” for customers that allows them to suspend their accounts quickly if they suspect they may have been scammed.

These new measures are being implemented in collaboration with the Singapore Police Force and are slated to take full effect from 31 October this year.