Here is an update from three businesses that you should take note of. 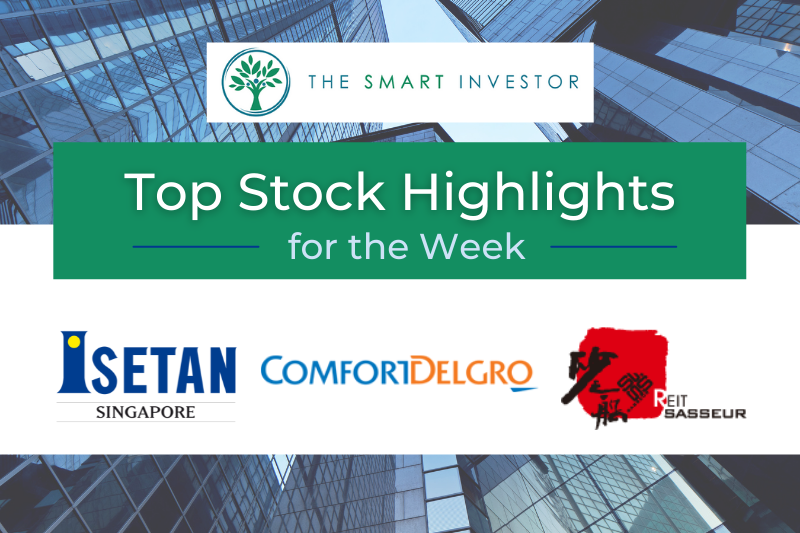 Here are some interesting earnings snippets from each of these three companies.

ComfortDelGro, or CDG, is one of the world’s largest land transport companies with a fleet size of 40,000 buses, taxis and rental vehicles.

CDG reported a sharp turnaround as global economic activity gradually resumed with the easing of COVID-19 restrictions in Singapore.

The group reported a 13.6% year on year rise in revenue to S$1.7 billion, with operating profit at S$134.6 million, aided by government reliefs amounting to S$57.2 million.

Net profit stood at S$91 million, a reversal from the net loss of S$6.6 million in the prior year.

The transport giant generated S$335.2 million of free cash flow and ended the period with S$892.8 million in cash and short-term deposits.

The public transportation division recorded a higher operating profit, while its taxi division logged an operating profit of S$17.9 million, reversing the S$68.4 million loss in the previous year.

The business outlook remains uncertain as additional outbreaks due to new variants have led to further restrictions being imposed in the countries where CDG operates.

The move, which is planned for the last quarter of this year, will help to unlock the value of the group’s land transport business assets in Australia.

Isetan is a leading Japanese departmental store that sells a broad range of merchandise including household items, food and apparel.

Isetan is a household name in Singapore and is well-known among housewives and middle-aged folk for having an excellent spread of items to choose from.

The department store chain has held up well during this pandemic.

The group announced that its store in Parkway Parade will expire on 9 March 2022 and that it has no plans to renew the lease or seek out a replacement store.

This move also marks a milestone for Isetan as it had been operating this outlet for the past 39 years.

On a more cheerful note, Isetan has managed to locate a new tenant for its premises at level four of Isetan Wisma Atria, a unit that the group owns.

The tenant is a prominent financial institution and has signed a lease term of five years that will commence in the second quarter of 2022.

Sasseur REIT is an outlet mall REIT that owns properties in China.

The REIT has performed admirably despite the tough conditions.

The REIT has a debt headroom of around S$825 million before hitting the statutory 50% gearing limit.

The better results were due to increased leasing activity and higher footfall accompanied by a sustained economic recovery in China.

The number of VIP members across all four malls increased by 12.5% in the last six months to hit 2.37 million.

VIP membership has more than quadrupled since 2017 which saw less than 500,000 members that year.

The REIT is now carrying out asset enhancement initiatives (AEI) at its Chongqing Bishan outlet and these are expected to complete by December this year.