Selling out of stocks in a recession may prove to be a costly mistake. 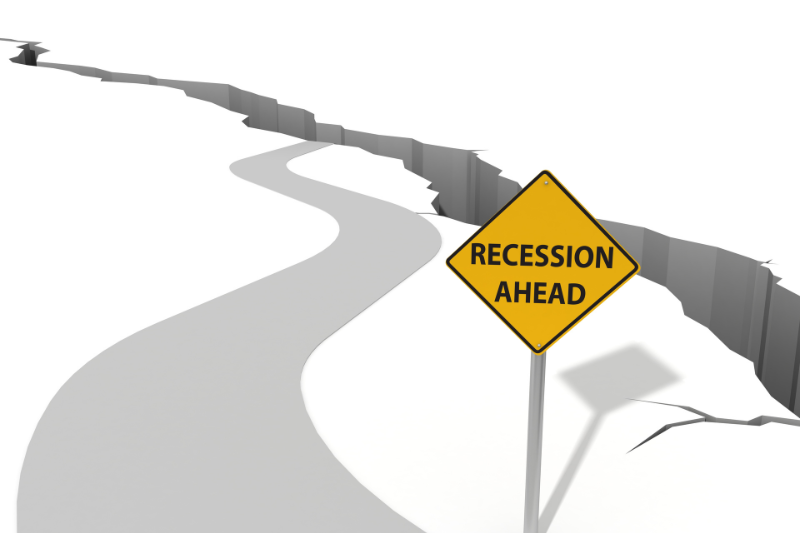 Lately, the dreaded “R” word has been making its rounds. Yes, I’m talking about a recession, a risk that is not confined to any specific country. In fact, in early July, the chief of the International Monetary Fund, Kristalina Georgieva, warned that a global recession cannot be ruled out.

The thing is, recessions are not within our control. Yet, as investors, we are affected by it. This begs the question, what should stock market investors do now with the possibility of a recession looming in the background?

I don’t have a panacea, but what I can offer are historical perspectives – truths, if you will – about stocks and recessions. The US stock market is a great case study. According to the Visual Capitalist, the USA accounts for nearly a quarter of global economic output while its stocks make up around 40% of the total global stock market capitalisation based on data from the Securities Industry and Financial Markets Association.

Stocks in past recessions

A common refrain I’ve heard over the years is that stock prices are bound to fall during a recession. But the data says otherwise.

Ben Carlson is the Director of Institutional Asset Management at Ritholtz Wealth Management. According to his research shown in his recent blog post titled “Timing a Recession vs. Timing the Stock Market”, there have been 12 recessions in the USA since World War II (WWII).

The average return for the S&P 500 – a broad barometer for US stocks – when all these recessions took place was 1.4%. A positive number.

Hence, it’s not a given that stocks will definitely fall during a recession.

If you are thinking of selling your stocks during a recession, you may want to think again.

Carlson’s research showed that If you had invested in the S&P 500 six months prior to all of the 12 recessions since WWII and held on for 10 years after each of them, you would have earned a positive return on every occasion. Furthermore, the returns were largely rewarding.

After taking away the best and worst returns, the average was 257.2%. Not too shabby!

In short, holding onto stocks in the lead up to, through, and in the years after a recession, has historically produced good returns most of the time.

The cost of avoiding stocks

Some of you reading this may also wonder: What if I tried to side-step a recession? What if I had perfect knowledge of when a recession would start and end, and I simply sold stocks at the start of a recession and bought back in at the end? The answer is, you would do poorly.

Michael Batnick, the Director of Research at Ritholtz Wealth Management, has the facts to prove it. In his October 2019 blog post titled “12 Charts You Ought to See Before the Next Recession, Batnick showed that a dollar invested in US stocks at the start of 1980 would be worth north of $78 around the end of 2018 if you had simply held the stocks and did nothing.

But if you invested the same dollar in US stocks at the start of 1980 and expertly side-stepped the ensuing recessions to perfection, you would have less than $32 at the same endpoint.

Said another way, avoiding recessions flawlessly would have caused your return to drop by more than half.

Which bottomed first – stocks or the economy?

When an economy teeters on the edge of a recession, a popular belief is to sell your stocks before the bottom falls off. I know the idea is tempting. But it is also flawed.

Here’s what the data shows: Stocks tend to bottom before the economy does.

During the first recession in this sample, data on the S&P 500 from Yale economist Robert Shiller showed that the US S&P 500 bottomed in October 1990.

In the second episode, the S&P 500 found its low 15 months after the end of the recession, in February 2003. This phenomenon was caused by the aftermath of the dotcom bubble’s bursting.

For the third recession, the S&P 500 reached a trough in March 2009, three months before the recession ended.

In summation, even if you are right today that the economy would be in worse shape in the months ahead, stocks may already have bottomed or be near one. Only time will tell.

Did companies grow in past recessions?

A recession is a period of time when a country’s economy is in decline. And when the economy is in poor health, it’s easy to think that all businesses are either suffering or are at best stagnating.

But this isn’t always true for all companies. Some businesses can thrive.

The recession that lasted from December 2007 to June 2009 was one of the worst in the USA’s modern history. The country’s real gross domestic product fell by 4.3% from a peak in the fourth quarter of 2007 to a bottom in the second quarter of 2009. The unemployment rate also spiked from 5% in December 2007 to 10% in October 2009.

Hence, investors in these three US-based companies had nothing to worry about even during one of the worst recessions for the country in modern history. Their businesses kept growing at an admirable clip, which meant that their underlying economic values were increasing rapidly too.

When we’re on the precipice of a recession, it may feel like tomorrow will never get better.

As we go full circle to the question I posed at the beginning, “What should stock market investors do now with the possibility of a recession looming in the background?”, you have history’s responses. The next step is up to you.