The Dogs of The Stock Market

Watch the business, not just the stock price. 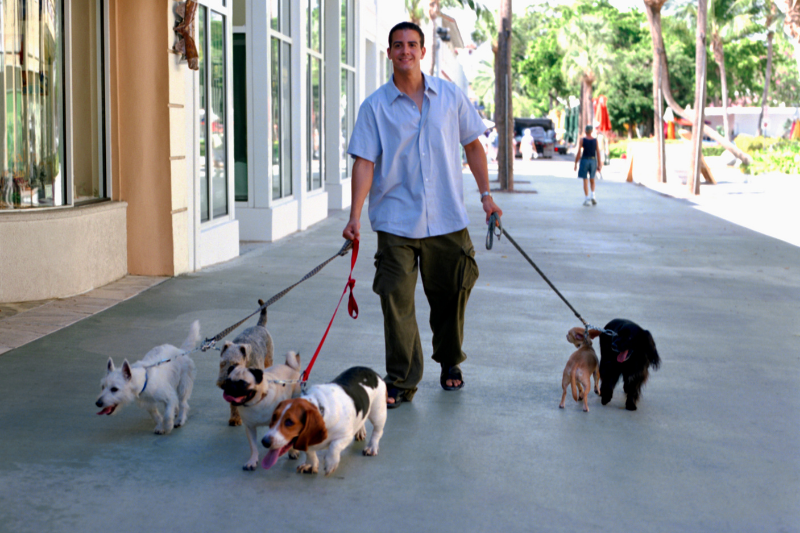 There are 7.9 billion individuals in the global economy today. According to the World Federation of Exchanges, an association for exchanges and clearing houses, there are at least 47,919 companies listed in stock exchanges around the world. Estimates on the number of small/medium enterprises (SMEs) worldwide vary widely, but the ones I’ve seen peg the number at between 213 million to 400 million.

There is also a litany of problems currently plaguing our globe. The legendary US-based investor, Bill Miller, provided a list of worries in his latest 2021 third-quarter letter: “Today’s worries include, but are not limited to, China’s regulatory actions, high and rising fuel and food prices, labor shortages, inflation or stagflation, the effect of Federal Reserve tapering, disrupted supply chains, potential default due the debt limit standoff and the ongoing dis-function and polarization in Washington.” These are in addition to the ongoing COVID-19 pandemic.

With the statistics and information in the first two paragraphs above, it’s an understatement to say that the business world, and hence the financial markets, involve a lot of moving parts. This is a problem for investors and begets the question: What should investors be watching now?

A walk in the park

There was once a lady who liked to walk her young dog each morning in East Coast Park using a very long leash. The lady would take a 10 kilometre stroll from one point in the park to another, walking at a steady pace of five kilometres per hour.

Her dog was always easily excitable. It would dart all over the place, diving into a bush here, and chasing after something there. You could never guess where the dog would be from one minute to the next.

But over the course of the two hour stroll, you can be certain that the dog is heading east at five kilometers per hour. What’s interesting here is that almost nobody is watching the lady. Instead, their eyes are fixed on the dog.

The tale of the lady and her dog is actually an analogy about the stock market that I’ve adapted from Ralph Wagner, a highly successful fund manager with an amazing wit who was active from the 1970s to the early 2000s. If you missed the analogy, the dog represents stock prices while the lady represents the stocks’ underlying businesses.

There are many ways to slice the dice when it comes to making money in the stock market. But one way is to watch the lady (businesses) and not the dog (stock prices). No matter where the dog is leaping toward, it will still end up at one point in East Coast Park after two hours, following the lady’s path.

The US-based Berkshire Hathaway is the investment conglomerate of Warren Buffett, who is arguably the best investor the world has seen. In his 1994 Berkshire shareholders’ letter, Buffett shared a long list of problems that the USA and the world had faced over the past three decades:

“Thirty years ago, no one could have foreseen the huge expansion of the Vietnam War, wage and price controls, two oil shocks, the resignation of a president, the dissolution of the Soviet Union, a one-day drop in the Dow of 508 points, or treasury bill yields fluctuating between 2.8% and 17.4%.”

But in the same period – 1965 to 1994 – Berkshire’s share price was up by 28% annually. This is the dog. What about the lady? Through shrewd investments in stocks and acquisitions of private companies, Buffett grew Berkshire’s book value per share by 23% per year from 1965 to 1994. Over 30 years of numerous geopolitical and macroeconomic problems, a 23% input of business growth had led to a 28% output of share price growth.

Berkshire is a great example of how the excitable dog will end up wherever the lady goes, even though it may be leaping all over the place en route. Berkshire is also, by no means, an isolated case.

The Nobel Prize-winning economist Robert Shiller maintains a database on the prices, earnings, and valuations for US stocks going back to the 1870s. From 1965 to 1994, the S&P 500, a broad stock market index in the USA, experienced a 6% annual increase in both its price and earnings, according to Shiller’s data.

At this point, some of you may wonder: Why are there some amazing dog-owners who are able to continue marching forward, despite the many obstacles they face?

One of my favourite pieces of business writing comes from Morgan Housel, a partner at the venture capital firm Collaborative Fund. It’s an article titled “An Honest Business News Update” published in August 2017 on Collaborative Fund’s website. Housel wrote:

…Fifty-five million American children went to school Wednesday morning, leveraging the compounded knowledge of all previous generations. Analysts expect this to lead to a new generation of doctors, engineers, and problem solvers more advanced than any other in history. “This just keeps happening over and over again,” one analyst said. “Progress for one group becomes a new baseline for the next, and it grows from there.””

This is why there are these amazing dog-owners: Because humanity’s story is one long-arc of progress. The arc is punctuated from time to time by disasters – of the self-inflicted and/or natural variety – but our human resilience and ingenuity helped us to pick up the pieces and move on. It took us only 66 years to go from the first demonstration of manned flight by the Wright brothers at Kitty Hawk in 1903, to putting a man on the moon in 1969. But in between was World War II, a brutal battle across the globe from 1939 to 1945 that killed an estimated 66 million.

At the start of this article, I mentioned that there are 7.9 billion people in the world today. The vast majority of us will wake up every morning wanting to improve the world and our own lot in life – this is ultimately what fuels the global economy and financial markets. This is the lady, walking steadfastly ahead, holding her dog on a long leash. And this is ultimately what investors should be watching.