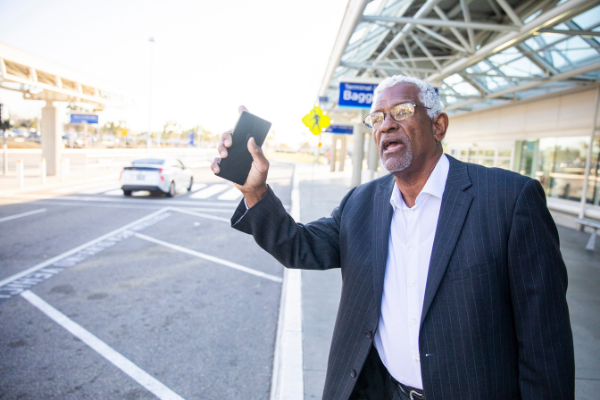 The union of Gojek and Tokopedia seemed almost inevitable after rumours of an on-off wedding of two of Southeast Asia’s largest ride-hailing companies, namely, Grab and Gojek, was finally called off.

The deal between Grab and Gojek reportedly fell apart because neither could agree on the control each business would have in the combined entity. Concerns that a merger might not pass regulatory scrutiny because of their already dominant positions in ride-hailing were also brewing.

Then there was also the not insignificant matter of who would helm a Grab-Gojek entity. Whilst Grab is the larger of the two companies, Gojek is arguably better positioned in Southeast Asia’s most populous country, Indonesia.

Following the breakdown in talks, Grab has moved on swiftly by accepting a marriage proposal from one of Altimeter Capital’s Special Purpose Acquisition Companies (SPAC), Altimeter Growth Corp.

The merger could value the Singapore-based logistics company at around US$40 billion, when it eventually lists on the Nasdaq exchange.

Left at the altar

That has left jilted Gojek scrambling for a marriage partner to compete effectively in a rapidly-changing environment for technology companies. Consequently, a merger of Gojek and Tokopedia, might just provide the two companies with enough heft to battle it out with their larger peers.

On their own, Gojek, valued at US$10.5 billion, and Tokopedia, worth US$7.5 billion are, by comparison, relative minions in a land of Asian tech giants. Gojek’s main rival, Grab, is expected to be worth four times more than the Indonesian ride-hailing company following its initial public offering (IPO).

Sea Limited (NYSE: SE), which competes with Tokopedia in e-commerce, is valued at more than US$134 billion, or 17 times its Indonesian rival.

So, a merger of Gojek and Tokopedia is not just a marriage of convenience but an imperative for the two companies. But this union is far from being a done deal. It still needs approval from shareholders.

Sum of the parts

Even if the merger is only exploratory, it marks a major step to reach a deal that would create yet another giant Southeast Asian tech company. On paper, the combination of Gojek and Tokopedia, renamed GoTo, could be worth around US$18 billion.

That, however, would still be significantly smaller than either Grab or Sea Limited.

Gojek shareholders would own roughly 58 per cent of the new entity, with Tokopedia controlling the rest.

The new company will have operations in ride-hailing through Gojek, and e-commerce through Tokopedia. GoTo will also provide financial services through Dompet Karya Anak Bangsa, which is already 22 per cent owned by Gojek’s payment and financial services arm, GoPay.

Financial services could be strengthened by Tokopedia’s connection with digital payment services, OVO. But that could pose a problem for GoTo on a couple of fronts.

Firstly, the Indonesian banking regulator Bank Indonesia could take a dim view of the union, should the combination of GoPay and OVO result in a monopoly of the digital payments space.

That said, Tokopedia could pre-empt any objections by selling its interest in OVO to Grab, which already has connections with the digital-payments company. From a regulatory point of view, a disposal would be prudent.

But from a strategic perspective it makes as much sense as handing a rival your ATM card and PIN. It could strengthen Grab’s hand in a battle for the underbanked in Indonesia, which is estimated to be as many as 83 million people, or a third of the country’s population.

Meanwhile, Sea Limited is also eyeing the possibility of providing financial services to the 175 million Internet users in Indonesia through its purchase of Indonesian lender Bank Kesejahteraan Ekonomi. With more than US$8 billion in cash at its disposal, Sea has plenty of firepower and is a force to be reckoned with, even if it is a late entrant.

There is already speculation that the merged entity, GoTo, might eventually try for a stock market listing via a SPAC. Gojek’s co-chief executive officer, Andre Soelistyo, set to head the combined company, expects GoTo to be valued at up to US$40 billion, if that should happen. That is more than double the current value of the two companies on paper.

It would imply the two companies expect to generate significant synergy from the merger. It is not an unreasonable assumption given that both companies count Google and Temasek amongst their shareholders according to news reports.

These two investors, together with another strategic investor, Tencent (HKSE: 0700), have very deep pockets for GoTo to expand its services. Other investors include PayPal (NASDAQ: PYPL) and Facebook (NASDAQ: FB), which has more than 130 million users in Indonesia.

Whilst Gojek’s roots are in ride-hailing, and Tokopedia’s forte is in e-commerce, the combined entity could be seen as a potential super app. In other words, GoTo could be an all-embracing platform for everything from ride-hailing to food delivery, digital banking to e-commerce, and mobile payments.

As it stands, the two companies operate largely in unrelated markets. There is very little overlap, apart from areas such as digital finance.

There is a sense of urgency for both to broaden their suite of services to reach super app status before it is too late. Admittedly, both companies could, if they wanted to, develop new services themselves from scratch.

However, that could be too slow in the fast-moving tech space.

After all, why would Gojek even consider developing an e-commerce platform when there is a ready-made player in the market? Similarly, why would Tokopedia even think about moving into logistics when Gojek is already a significant ride-hailing and food delivery operator?

Any attempts at internal development is not guaranteed to achieve the desired end result while a merger means that risks are shared, while they both scale up and reap efficiency benefits alongside existing market dominance in their verticals.

It could be a win-win for both companies. Tokopedia can immediately access Gojek’s network of cars and riders to satisfy the last-mile delivery of packages to customers. Gojek’s payment service, GoPay, could use data from e-commerce to determine the credit worthiness of customers.

What could go wrong?

This merger should have happened a long time ago when the two companies could have united from a position of strength. These are two home-grown Indonesian companies that have successfully made use of technology to connect millions of people living on thousands of separate islands.

The question for the two companies is whether local knowledge is ever enough to thwart the attempts of overseas rivals who have plenty of money at their disposal to unseat incumbents.

According to Statista, Shopee has overtaken Tokopedia as the most-visited e-commerce site in Indonesia. So, local knowledge and first-mover advantage means very little in a world that is growing increasingly digital.