Smart Trends: Who Will Win The Video Streaming Wars? 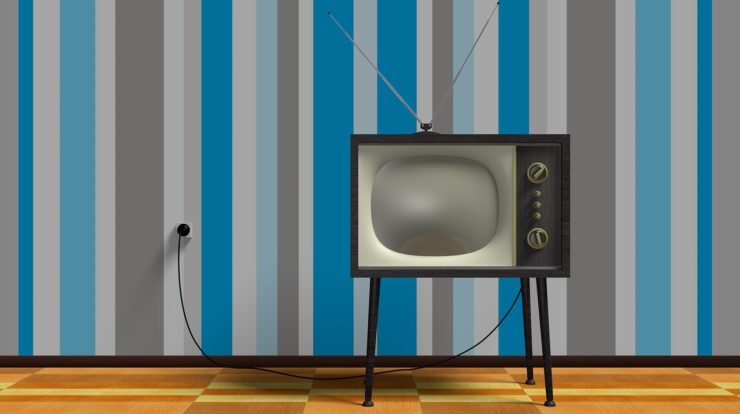 I cancelled my StarHub (SGX: CC3) cable TV subscription more than three years ago to save some money by signing up for Netflix (NASDAQ: NFLX).

I’m not the only one within my social circle to do so.

In fact, many Singaporeans have done the same. StarHub has lost over a third of its Pay TV subscribers from its peak.

As a regular consumer, it’s not hard to see why. Netflix offers me a slate of movies and series that I can watch whenever I want and wherever I want. At a fraction of the price.

With video streaming becoming increasingly prevalent and affordable, this industry is definitely booming.

But as companies like StarHub loses subscribers, who are the winners that are taking its place?

Malone comes with a big reputation. He is seen as a founding figure in the cable television and media landscape.

He is best known for becoming the CEO of TCI in 1973, turning it from a struggling company to cable giant which was sold to AT&T in 1999. Today, Malone is the Chairman of Liberty Media, which holds stakes in brands such as Discovery, Lionsgate and much more.

He played a key part in shaping the cable TV industry as we know it today. He lived it and he understands it.

Into the gladiators’ arena

Netflix is the big dog in the space, boasting 158 million worldwide paying subscribers.

In a 2017 CNBC interview, Malone said that globalisation has introduced the biggest change in scale in his long career. The magnitude of change is particularly important in the media space where the cost is mostly fixed.

In essence, the player with the biggest scale will be able to spread the fixed cost across the most subscribers. That’s the position that Netflix holds today.

Netflix’s scale is partly why Malone thinks that the company will among one of the few streaming services that will still be around in five years time.

Meanwhile, The Walt Disney Company (NYSE: DIS) has thrown its hat in the ring with the launch of Disney+ last week. Like Netflix, Malone believes that Disney is here to stay.

He could be right. The Disney+ service has quickly amassed 10 million subscribers (some of which is non-paying) on the first day of the launch.

For Malone, Disney’s strength lies in its IP where it hosts popular content such as Star Wars, Marvel, Pixar, and its namesake brand, all of which are popular around the world.

That said, Malone noted that Disney’s challenge is in building a direct relationship with its customers. In simple terms, Disney does not have its customers’ credit cards. That’s where its content portfolio will play a big part in convincing customers to subscribe.

In the meantime, Malone believes that the House of Mouse will have to “piggyback” off other companies to ramp up its direct relationship.

Elsewhere, Apple (NASDAQ: AAPL) launched its Apple TV Plus earlier this month without much fanfare.

The new Apple service is cheaper than both Disney+ and Netflix. However, Apple TV Plus is severely lacking in content compared to its other two competitors.

Despite the thin content, Malone believes that Apple will surprise investors with the number of subscribers it can amass.

Where Disney is lacking in direct customer relationships, Apple has 1.4 billion active device users and over 450 million paid subscriptions across all its services.

With scale, Apple could offer the service for a free trial with the option to charge later, Malone said.

Apple’s direct relationship with the customer is the key. Malone believes that the company can afford to slowly test its market before committing to building out its content slate.

Amazon.com (NASDAQ: AMZN), through its Amazon Prime Video service, is less of a pure online streaming service, but an important player nonetheless.

The online retailer is popular for its Amazon Prime services with Amazon Prime Video mostly functioning as an add-on to the service.

Critically, Malone suggested that Amazon could be a bundler of different online streaming services. He noted that the “real payday” is not in the content spend but rather being the gateway to the customer and gathering their information.

Of all the big players, Malone is having trouble seeing how HBO will be able to compete in the future.

Once the largest spender in content, HBO’s spend is now dwarfed by the likes of Netflix and Disney.

In addition, Malone noted that HBO is primarily US-domestic focused and has mostly saturated its market. He believes that it could take years for HBO to build out its international distribution and defend its pipeline of content from bigger spenders.

Get Smart: Narrative versus Reality

The online video streaming space is about to get crowded. But wars don’t always end up with one winner.

There can always be more than one winner in any industry.

Think of Coca Cola (NASDAQ: KO) and Pepsi (NASDAQ: PEP) in the soda space or Visa (NYSE: V) and Mastercard (NYSE: MA) competing to issue more credit cards, and a host of other industries that have supported more than one big player in their industry.

With streaming services costing as little as US$4.99 per month (for Apple TV Plus), it is entirely possible for customers to subscribe for more than one service, lending credence that there will be more than one winner in the online video streaming space.

In case you’re wondering, I own four out of the five video streaming companies listed above, with the exception of HBO which is under AT&T (NYSE: T).

So, you know who I am backing.

What Malone has made clear is that every company has its own strengths, and it is up to the individual companies to make the most of what they have.

None of the information in this article can be constituted as financial, investment, or other professional advice. It is only intended to provide education. Speak with a professional before making important decisions about your money, your professional life, or even your personal life. Disclosure: Chin owns shares of Netflix, Disney, Apple, Amazon.com and Mastercard