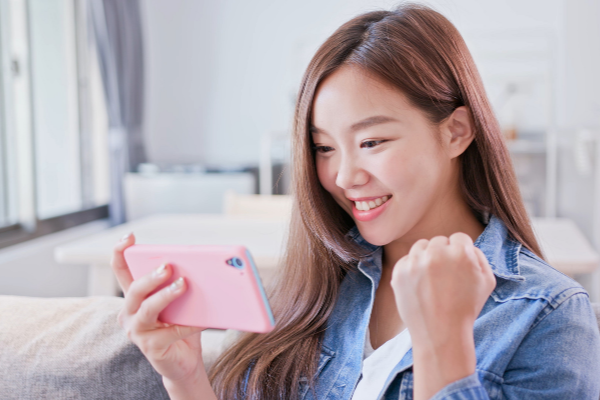 In a nutshell, the telco’s numbers continued to reflect the tough challenges caused by the COVID-19 pandemic.

Investors may be interested to find out if Singtel may be turning the corner as the pandemic situation in Singapore and Australia is easing.

We delve into the various key divisions for the telco to provide some colour on how the group is coping, and whether it may be poised for a turnaround.

The Singapore consumer business continues to be weak as the division chalked up lower roaming and prepaid revenue.

Roaming revenue was lower due to a lower number of foreign workers and tourists as border closures persisted during the half-year period.

However, both prepaid and postpaid average revenue per user (ARPU) continued to decline, posting big year on year drops of 26% each.

The ARPU decline occurred despite a 12% year on year increase in data usage to 5.5 gigabytes per month, suggesting that Singtel is unable monetise this increased data usage.

The situation wasn’t any better in Australia, where operating revenue fell 11.1% year on year to A$3.4 billion for Optus.

Operating profit plunged by 76.3% year on year to A$126 million due to a significant decline in next-generation-broadband network migration revenue (down 26.6% year on year) and lower margins from decreased equipment sales.

Customer growth, roaming and prepaid revenue were all severely impacted by the lockdowns and travel restrictions which reduced traveller and foreign student numbers.

Although broadband ARPU increased by 9.3% year on year, the gain was not enough to offset the decline in both prepaid and postpaid ARPU, resulting in a slight 2.4% year on year decline in the blended ARPU.

Singtel’s group enterprise division is its business-to-business (B2B) division, providing services and solutions to corporate customers in Singapore, Australia, US and Europe.

5G and other initiatives

It seems that all of Singtel’s divisions are facing a prolonged level of financial stress in the first half.

With no sign of the pandemic letting up, this state of affairs could continue for quite some time for the telco.

However, Singtel has pushed on with its 5G initiative by launching Singapore’s first 5G standalone trial network for enterprises to provide businesses with access to ultra-fast, low-latency 5G connections that will assist them with digitalisation and automation.

For the business-to-consumer division, the telco has launched its 5G non-standalone network on 1 September 2020 and introduced a six-month trial for customers.

By showcasing 5G use cases such as augmented reality books, virtual reality events and cloud gaming, Singtel hopes to build up a potential future revenue stream that can contribute positively to the business in future.

Get Smart: Tough times to continue

The bright spot is that the group has seen sequential quarter-on-quarter revenue growth of 10% as lockdown measures were loosened while customer spending returns.

However, the group has reduced its interim dividend to S$0.051 from S$0.068 a year ago to reflect the tougher economic climate.

The telco has refused to provide any guidance for the second half of its fiscal year 2021 as the overall situation remains dynamic.

As it stands, Singtel will likely continue to face a tough road ahead until there are sure signs of the pandemic easing.