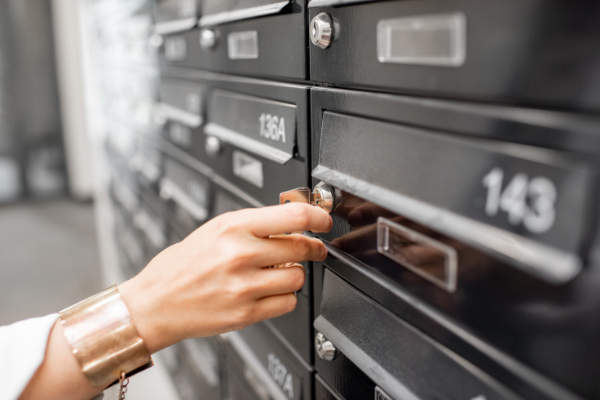 Each time you open your mailbox, you are utilising the services of Singapore Post Limited (SGX: S08), or SingPost.

While many investors may continue to view SingPost as a dividend stock, the reality is that the group is not immune to the challenges brought about by the COVID-19 pandemic.

Beyond that, there’s the question of the changing nature of post, as more people turn to email and electronic greeting cards instead of sending physical mail.

These structural trends are having a significant negative impact on SingPost’s core business.

Here are five aspects of the group’s latest earnings that investors should take note of.

SingPost reported a healthy 9.6% year on year growth in group revenue from S$645.6 million to S$707.8 million for its first-half.

However, the pandemic had caused conveyancing costs to soar nearly three-fold in May and June compared to pre-COVID times.

This rise in costs, along with an increase in staff strength hired to cope with the increased volume of eCommerce deliveries, caused operating expenses to rise by 18.1% year on year.

Underlying net profit (net of exceptional items) was down by 40% year on year to S$31.5 million.

2. eCommerce is the bright spark

The post and parcel division continued to experience an expected decline in the volume of letters and printed papers.

Revenue for this subdivision fell by 24% year on year in line with the fall in mail volumes.

However, eCommerce was the bright spark amid the gloom.

Revenue soared 60% year on year for the eCommerce portion of domestic post and parcel, and eCommerce-related revenues are estimated to have risen to form 65% of group revenue, up from 57% during the same period last year.

The group’s logistics division saw strong volume and revenue growth due to increased adoption of eCommerce activities in the Asia-Pacific region.

Revenue jumped by 20.3% year on year to S$293.9 million, and the division reported a strong turnaround to post an operating profit of S$5.7 million, reversing from an operating loss of S$3.5 million a year ago.

However, due to headwinds posed by the pandemic, the group has halved its interim dividend from S$0.01 last year to S$0.005.

Revenue for this division fell by 7.8% year on year due to around S$3.2 million worth of rental rebates doled out to eligible tenants.

Footfall and tenant sales plunged by 43% and 45% year on year in the six months from April through to September, as this period included the “circuit breaker” measures that were imposed to contain the spread of the coronavirus.

The good news is that footfall has more than doubled to 0.9 million since the trough seen in April, while tenant sales have recovered to 80% of pre-COVID levels in September.

SingPost has, since last year, embarked on its Smart Urban Logistics initiatives that seek to reinvent the national mail delivery system to drive long-term business performance for the group.

One of these initiatives is known as the “Future of Post” initiative, where SingPost will commence a one-year public trial of smart letterboxes by year-end.

These new smart mailboxes will have state-of-the-art features such as push notifications through an app for residents (when mail arrives), large containers to hold eCommerce items, and a keyless access system for mail retrieval.

With the increased demand for eCommerce services, this trial looks set to modernise Singapore’s mailboxes and will tap on technology to enhance convenience and security.