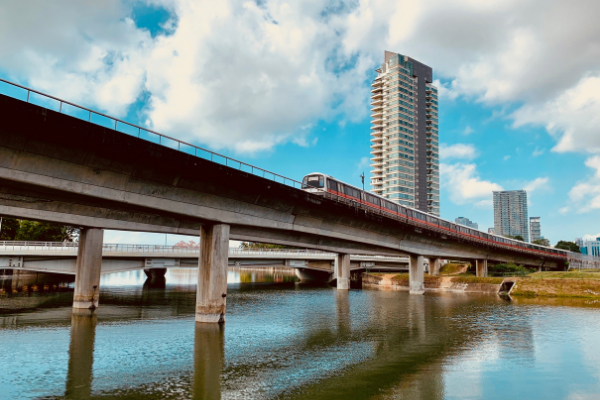 The news keeps getting better.

A further easing of COVID-19 restrictions was announced by the government last week.

From 5 April, workplaces can now accommodate up to 75% of total staff strength, up from 50%.

Split teams, which were used to rotate staff within the office, will no longer be mandatory.

Also, working from home will cease to be the default mode.

In addition, from 24 April, more attendees will be allowed at wedding receptions.

The limit will be more than doubled from the current 100 to 250, but subject to pre-event COVID-19 tests.

Meanwhile, live performances can now hold three times the number of attendees, up to 750 from 250 previously, as long as everyone undergoes mandatory pre-event testing.

And the business meetings are now allowed to also have 750 attendees, in zones of up to 50 attendees each.

These new relaxed rules will allow larger events to be held and increase networking and mingling opportunities for employees and entrepreneurs.

As a result, the government is hoping to grease the wheels of commerce by encouraging more interactions and allowing businesses to resume some form of normality.

Here are three companies that stand to benefit from these new measures.

SBS Transit is a bus and rail operator formed in 1973.

The group operates more than 200 bus services and has a fleet of around 3,000 buses.

SBS Transit also operates the Northeast and Downtown MRT Lines (NEL and DTL), as well as a light rail system in Punggol and Sengkang.

With telecommuting no longer the default mode, more companies are likely to recall their staff back into the office for training and team bonding sessions.

These events were largely absent during the earlier phases of the reopening, which meant that businesses missed out on the collaborative aspect of work.

With more people expected to commute to and from the office, ridership on the group’s buses and trains should also increase in tandem.

Although average fares were higher for both lines, operating profit still fell for the year by 8.2%.

If not for the S$109.8 million in government reliefs doled out to support businesses through the pandemic, SBS Transit would have reported an operating loss.

The easing of rules for weddings and concerts should also bode well for the group as it should result in more people commuting, thus bumping up both bus and rail ridership further.

Kingsmen Creatives is a communication design and production group.

With the outbreak of the pandemic, almost all events were cancelled or postponed, resulting in the group’s revenue for 2020 suffering a 21.6% year on year fall.

The MICE industry had effectively ground to a temporary halt as countries shut their borders and implemented tough movement restrictions.

With business meetings now allowing up to 750 people, Kingsmen should enjoy an uplift in its exhibition and thematics division.

Its retail interiors division should also benefit from the improvement in tenant sales at popular malls as Phase III kicked in at the end of last year.

Unusual is one of the leading companies in concert promotions and event production in Asia.

The group has worked on large-scale events such as the Singapore Arts Festival and Formula One Singapore Grand Prix.

Besides, it has also organised concerts by bringing in world-renowned artists such as Air Supply and Jay Chou.

Due to the pandemic, live events around the world had been suspended, resulting in mass cancellations of concerts.

Because of this, Unusual reported a dismal set of earnings for its fiscal 2020 half-year ended 30 September 2020.

The group incurred a net loss of S$3.4 million for the period, reversing the S$6.1 million of net profit booked in the prior year.

The good news is that live concerts can now accept up to 750 attendees, providing much-needed relief for Unusual.

Larger live events may also resume in other Asian cities once the all-clear is given, and after appropriate testing measures are introduced.

With the world slowly opening up as vaccines are rolled out, the group should see a gradual improvement in its business prospects.