Singapore Digital Bank Licenses: Who are the Contenders? 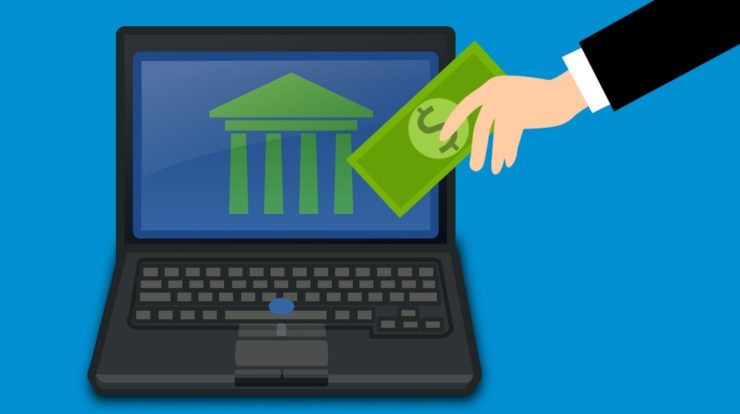 The Monetary Authority of Singapore (MAS) is putting five digital-banking licenses up for grabs, and the race to obtain these licenses are heating up.

Two of the digital-banking licenses will be full licenses, while the other three are restricted (wholesale) licenses.

Fully-licensed banks need to stump up S$1.5 billion in capital and have local control. The license holders will be allowed to take deposits from local customers and provide a wide range of financial services.

Wholesale banks, on the other hand, have a much lower capital requirement of S$100 million but are only allowed to serve small and medium enterprises (SME) and non-retail segments of the population.

As the closing date for submissions had just passed on 31 December 2019, several contenders have revealed themselves publicly.

The Smart Investor compiled a list of the current contenders for each category.

Do note that as time passes, even more contenders may make their intentions known, and we shall update this article accordingly.

The first bidders to make their intention known was a consortium made up of Grab and Singtel (SGX: Z74). In this partnership, Grab will hold a 60% stake while Singtel will hold the remaining 40%.

Grab is best known as a regional ride-hailing company. Recently, the company has branched into financial services with the provision of micro-loans, micro-insurance products and low-cost investment products.

Grab is aiming for the “under-banked” population within Singapore and will be relying on Singtel’s reputation to realise its aspiration. Singtel will also be able to bring the cybersecurity option to the table.

The second company to publicly announce its bid to be a full digital bank is Razer Inc (SEHK: 1337). Razer is a global gaming and information technology hardware company that was listed in Hong Kong in late-2017.

Razer intends to build a global youth bank known as Razer Youth Bank that will target youth and millennials aged between 12 and 35 years old. The bank will also look to serve SMEs and budding entrepreneurs to provide them with capital to grow their businesses.

The third contender is a consortium led by Ron Sim’s V3 Group and stored-card operator EZ-Link. Investors may recall that Ron Sim is the founder of OSIM Group, which was delisted from the Singapore Stock Exchange in August 2017.

This consortium will also be aiming for the SME segment — in particular, micro-enterprises and start-ups which is considered to be an under-served sub-segment.

Moving to the wholesale bank contenders, the first party to go public on its bid was billionaire Jack Ma’s Ant Financial. Ant Financial is China’s largest fintech with a strong presence in China.

For a sense of its scale, Ant’s payment app Alipay and its local e-wallet partners had around 900 million annual active users in China and 1.2 billion globally, as of June 2019.

A second contender is China’s ByteDance Technology, which owns the popular video-sharing app TikTok. TikTok is an extremely popular social media platform in China that allows the sharing of short-form mobile videos.

The former operates one of four digital banks in China and counts Meituan Dianping (SEHK: 3690) as one of its key shareholders. The latter is a China financial technology (fintech) company founded by Cao Tong, who is the former president of China’s first digital bank, Webank.

The company is teaming up with brokerage PhillipCapital and fintech Advance.AI. The former is one of the largest brokerage houses in Singapore, while Advance.AI taps on Big Data and Artificial Intelligence for fraud detection and credit scoring.

Both Sheng Ye and Advance.AI are backed by Temasek’s subsidiary Pavilion Capital.

Get Smart: An interesting mix

One of the requirements that MAS set out is that the new digital bank should chart a path to profitability.

In this note, both Grab and Razer are still loss-making entities. The presence of their respective partners could provide an anchor for its proposed digital banking financial viability, though I feel their current losses may work against them.

V3 Capital may have a fighting chance as it has the backing of SBF and Temasek’s Heliconia Capital. From what has been disclosed so far, V3 is a profitable entity.

For the wholesale banking licensees, it will be a tough fight as most of the contenders are well-known names.

Ant Financial is backed by the popular Jack Ma, and is one of the most well-known payment platforms in China.

Profitability-wise, iFast reported a net profit after tax of S$6.5 million for the first nine months of 2019, while Sheng Ye Capital reported a six-month 2019 net profit of RMB 118.8 million.

ByteDance, however, is private. It is not known if the firm is profitable, but the firm may be gunning for an IPO this year.

It is turning out to be an interesting scene as these heavyweights vie for Singapore’s first wave of digital banking licenses. The fight may heat up further as more names are revealed in the coming weeks.

Accordingly, any information provided on this site is meant purely for informational and investor educational purposes and should not be relied upon as financial advice. No information is presented with the intention to induce any reader to buy, sell, or hold a particular investment product or class of investment products. Rather, the information is presented for the purpose and intentions of educating readers on matters relating to financial literacy and investor education. Accordingly, any statement of opinion on this site is wholly generic and not tailored to take into account the personal needs and unique circumstances of any reader. The Smart Investor does not recommend any particular course of action in relation to any investment product or class of investment products. Readers are encouraged to exercise their own judgment and have regard to their own personal needs and circumstances before making any investment decision, and not rely on any statement of opinion that may be found on this site.