Singapore Airlines Ekes Out an Operating Profit for its Fiscal 2022 Second Half: 7 Highlights from the Airline’s FY2022 Earnings

The airline sees brighter days ahead with the skies becoming less cloudy. 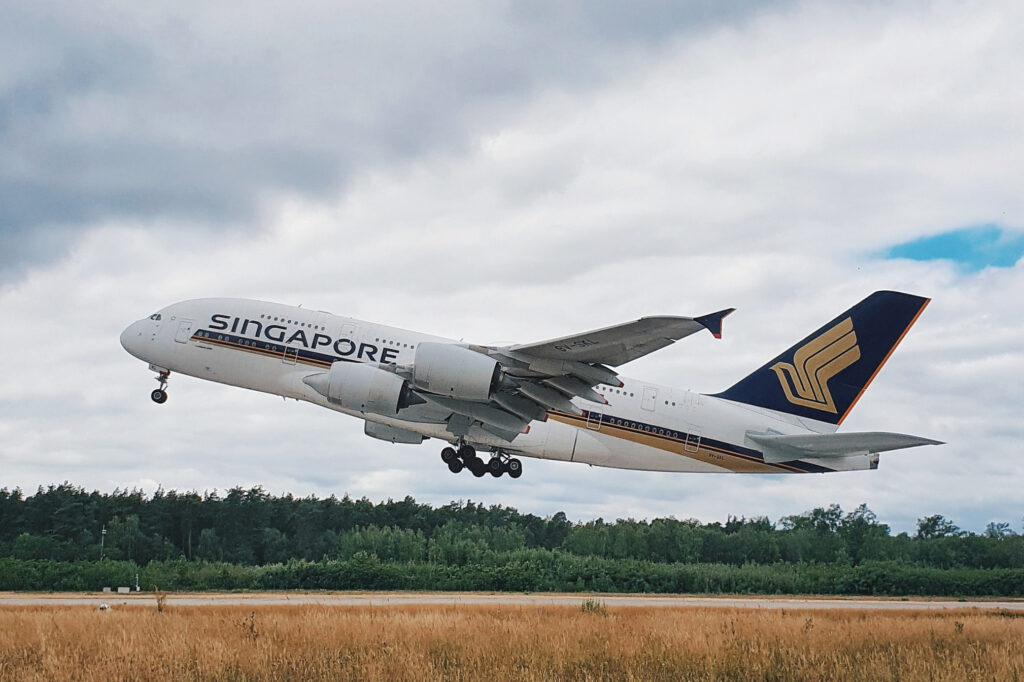 Singapore Airlines Limited (SGX: C6L), or SIA, is seeing a surge in demand for air travel as borders reopen.

It’s music to the ears of investors as passenger movement at Changi Airport rose to close to 40% of pre-pandemic levels at the end of April.

This level was more than double the 18% recorded just a month before.

Over at SIA, the number of passengers carried for April surged to 1.45 million, up more than 13-fold year on year.

For the January to April period, the total number of passengers carried was 3.4 million, more than nine-fold the 356,500 in the same period last year.

These numbers are also showing up in the airline’s results.

Here are seven other highlights from SIA’s earnings that investors should take note.

A small operating profit of S$9.7 million was generated, a sharp reversal from the S$650 million operating loss in the same period last year.

An operating loss of S$609.7 million was incurred while the net loss came up to S$962 million.

This level of net loss was significantly better than the S$4.3 billion incurred in FY2021, the worst year in SIA’s history.

With Singapore fully reopening its borders last month under the Vaccinated Travel Framework, investors can expect passenger numbers to ramp up further.

Singapore is now on track to restore passenger volumes at Changi Airport to at least half the level they were before the pandemic.

Based on current demand and advance bookings, the group anticipates that passenger capacity can reach 61% in the current quarter, with the capacity to continue improving to 67% by the end of the quarter ended 30 September 2022.

One of the youngest fleets in the industry

SIA continues to operate one of the youngest fleets in the airline industry, with an average age of six years and three months.

This is significantly lower than the 15 years and four months industry average fleet age, according to the Centre for Asia Pacific Aviation.

With a net of 16 new aircraft joining the fleet in this fiscal year, FY2023 should end with a total of 199 aircraft.

The airline’s pre-COVID network comprised 137 destinations in 37 countries, so it may still take a while for SIA to ramp up its network to pre-pandemic levels.

A global brand campaign called “We Look Forward to Seeing You in the Air Again” has been launched to encourage more customers to fly with SIA.

KrisFlyer, SIA’s loyalty programme, also relaunched its new monthly promotion after two years to allow members to stretch the value of their miles and book spontaneous getaways to various destinations.

Investors should, however, watch out for the potential conversion of SIA’s Mandatory Convertible Bonds (MCBs) into shares.

Assuming all of the MCBs are converted to ordinary shares without any redemptions, the total number of shares to be issued is around 3.48 billion, or more than double the number of issued shares in circulation currently.

This conversion will occur on 8 June 2030 and will result in a significant dilution in SIA’s earnings per share.

No prospect of a dividend yet

However, capital expenditure remained elevated at S$3.05 billion, resulting in negative free cash flow for the airline for FY2022.

Given the losses incurred and negative free cash flow, it will not be reasonable to expect the airline to resume its dividend payments yet.

Get Smart: Clearer skies ahead

There are clearer skies ahead for SIA as it slowly ramps up its operations.

The reopening of borders will go a long way to restoring the airline’s former glory.

Singapore is also emphasizing the importance of maintaining its Air Hub status and has recently announced that Changi Airport’s Terminal Five will resume construction after a two-year hiatus.

Investors have a lot to look forward to in the coming year as SIA spreads its wings once again.