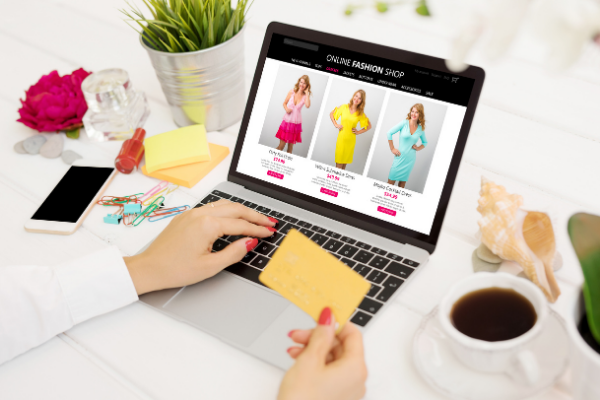 Investors often use the price-to-sales multiple to value a company. This makes sense as sales is a proxy for how much cash the company can generate for its shareholders (there’s no way to generate cash without sales). It is also more useful than price-to-earnings when a company is not yet profitable.

However, in the stock market, there is a disparity between the price-to-sales ratios that various companies have.

Take a look at the table below. It shows the price-to-sales multiples of some prominent “retail” companies around the world.

As you can see, these four companies trade at remarkably different sales multiples. Costco trades at the lowest price-to-sales multiple of less than 1. This means that if you buy Costco’s shares now, you are paying less than a $1 for every dollar of sales that the company earns.

On the other end of the spectrum is Shopify, which trades at a price-to-sales multiple of 51.7. For every dollar of revenue that Shopify generates, investors need to pay $51.70.

Just looking at this table, you will likely assume that the shares of Costco are much cheaper than Shopify’s.

Perhaps the most obvious reason to pay a premium price-to-sales multiple is for growth. A company that is growing revenue quickly should command a higher multiple.

For instance, take two companies that are generating $1 in sales per share. One company is growing at 50% over the next five years, while the other is growing at 10%. The table below shows their revenues over five years.

In this scenario, even if you paid a price to sales multiple of 20 for the fast grower and a price-to-sales multiple of 10 for the slow grower, the fast-grower still ends up as the company with the better value for money. The table below illustrates this.

By the fifth year, the price-to-sales multiple based on your share price at cost is actually lower for the fast-grower than the slow grower, even though it started off much higher.

Let’s relate this back to the four companies mentioned earlier.

The table below shows their revenue growth in the last reported quarter.

Based on the figures above, we can see that Shopify has the highest growth rate, while Costco has the slowest.

The next factor to consider is margins. Of every dollar in sales per share that a company earns, how much free cash flow per share can it generate?

The larger the margins, the higher the price-to-sales multiple you should be willing to pay.

As some companies are not yet profitable, we can use gross margins as an indicator of the company’s eventual free cash flow margin.

Here are the gross margins of the same four companies in the first table above.

There is a clear trend here.

Based on current share prices, the market is willing to pay a higher multiple for a high margin business.

This makes absolute sense as the value of every dollar of revenue generated is more valuable to the shareholder for a high margin business.

Shopify is a software business that charges its merchants a subscription fee. It also provides other merchant services such as transactions and logistics services. As a software and services business, it has extremely high margins.

On the other end of the spectrum, Costco is a typical retailer that has its own inventory and sells it to consumers. It competes in a highly competitive retail environment and sells its products at thin margins to win market share. Due to the razor-thin margins, it makes sense for market participants to price Costco’s shares at a lower price-to-sales multiple.

Predictability of the business

Lastly, we need to look at other factors that impact the predictability of the business. Needless to say, a company with a more steady revenue stream that recurs every year should command a premium valuation.

There are many factors that can impact this. This includes the business model that the company operates, the company’s brand value, the presence of competition, the behaviour of customers, or any other moats that the company may have.

A highly predictable revenue stream will be valued more highly in the stock market.

Shopify is an example of a company that has a predictable revenue stream. The e-commerce enabler charges merchants a monthly subscription fee to use its platform. It provides the software to build and run an e-commerce shop. As such, it is mission-critical for merchants that built their websites using Shopify. Given this, it’s likely that many merchants will keep paying Shopify’s subscription fees month-after-month without fail. Investors are therefore willing to pay a premium for the reassurance of the predictability of Shopify’s existing revenue stream.

There is no exact formula for the right multiple to pay for a company. As shown above, it depends on a multitude of factors.

But the main takeaway is that we should never look at a company’s price-to-sales or price-to-earnings multiples in isolation.

Too often, I hear investors make general statements about a stock simply because of the high or low multiples that a stock is priced at.

These multiples may be a good starting point to value a company but it is only one piece of the puzzle. It doesn’t capture the nuances of a company’s business model, its growth, or its unit economics… Only by considering all these factors together can we make a truly informed decision.