By sharpening your investment process, you can go on to make investment decisions you can be proud of. 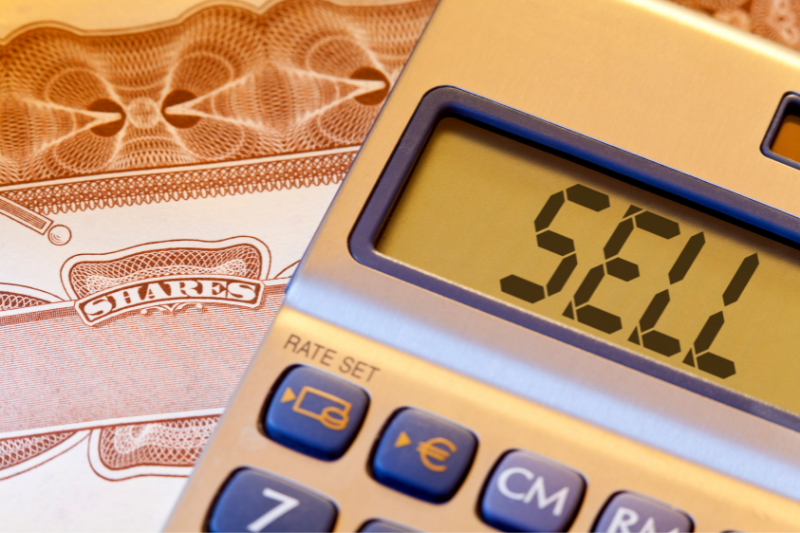 Investing is a journey that lasts for years or even decades.

As such, notching up a respectable investment performance takes more than just a couple of good decisions.

During this journey, you will make numerous choices that will impact your returns and help you to grow your wealth.

Through it all, a conscious commitment must be made to focus on how you can improve your investment process over time.

After all, novice investors often face the problem of not having the experience to sift through numerous companies to find the truly great ones.

Neither have they encountered the pitfalls that veteran investors have suffered that caused them to lose a chunk of their hard-earned capital.

Hence, the priority for investors would be to improve their investment decision-making process so that they can ultimately make overall higher-quality decisions.

Not only will these selections lead to stronger overall returns on your portfolio, but it also allows you to avoid mistakes that are tough to recover from.

A taste of failure

A key problem in investing is the slow feedback loop to judge our past decisions.

When you make an investment decision, time is needed for your investment thesis to play out before you can learn if the decision was right.

A minimum of two or three years is usually required to track the business, changes in the external environment, and to account for the effects of business cycles.

Unfortunately, if your investment is not working out, the decision to sell often comes too late.

Contrast this feedback loop with other daily decisions you make.

To use an analogy, your daily meal is one where you get instant feedback and can take action immediately.

For instance, if you are displeased with a dish served, you’ll instantly realise that it was a bad choice that you can subsequently avoid.

Unfortunately, we do not have that luxury when it comes to investing in stocks.

Because stocks take years to mature and yield results, your feedback loop is slow and sample size is constrained, leaving you with few options to seek immediate corrective action.

The problem becomes even larger when you view it through the lens of opportunity cost — the capital that became deadwood could have instead been better deployed into a much better business that goes on to compound spectacularly.

Herein lies a problem that all investors have to confront — the pain of recognising that your investment process is flawed and needs tweaking.

But there’s hope yet.

There’s a method I’ve used for more than a decade to track my earlier investment decisions so that I can sharpen my investment process.

The method that I am talking about is to sell your poorly-performing investments and then continue to monitor their business.

Fair warning should be given before you read on.

This method requires diligence on your part and will take up a fair chunk of your time.

Many investors treat loss-making investments like a disease — just get rid of it and then never look back or think of it again.

However, there’s a wealth of knowledge to be gleaned from analysing past investments that have turned sour.

After all, these are the companies that you devoted time and energy to research and then purchase in the first place.

By tracking the business after you sell, you can determine if the decision to divest was a wise one in hindsight, based on the facts available at the time of selling.

A few examples can help to explain this process much better.

Earlier on in my investment journey, I owned companies such as Ezra, China Fishery and Tat Hong, purchased in 2005, 2007 and 2008, respectively.

Ezra was an oil and gas offshore support vessel company, China Fishery’s business involved catching fish from the ocean and then selling them, while Tat Hong is one of the largest crane companies in Asia.

The decision to sell cropped up as I noted several disturbing signs.

Ezra was, back then, going on a debt-fuelled expansion spree, China Fishery also had a ton of debt, and Tat Hong’s business required heavy capital commitments.

After selling each of these investments — Ezra in 2009, China Fishery in 2010 and Tat Hong in 2011, I continued to keep a close eye on how their business performed.

Improving on your investment process

Ezra and China Fishery subsequently went bankrupt — their shares have been suspended and then delisted from the local exchange.

By observing what happened to these businesses after I had sold them, I could then conclude that the reason(s) for selling them were indeed justified at the time.

In Tat Hong’s case, my previous purchase price of S$0.682 in 2008 and 2009 meant that I still would have lost money even after factoring in the years of dividends received after I had sold it off.

These case studies have taught me a few valuable lessons.

First off, I learnt to avoid companies with high debt loads.

When times are good, such companies will naturally ride the prosperity wave.

But when the tide turns, the business will be left with a ton of debt that it is unable to service, similar to the current situation with debt-laden property developer China Evergrande.

I also learnt that companies in cyclical industries often face sharp boom and bust cycles — Ezra in oil and gas and Tat Hong in the construction business are prime examples.

To use another analogy, a company burdened with too much debt is like trying to steer a truck that is overloaded.

One wrong swerve, and the whole truck could topple over.

By learning from past mistakes and incorporating these lessons into my investment process, I learnt to avoid owning such businesses.

And in case you’re thinking that this entire process involves a lot of time and energy, try losing money by holding on to companies with high debt loads.

I trust you see that the one-off effort to learn will continue to pay off in the future.

A mistake to sell

Of course, a discussion on your past selling decisions won’t be complete without an example of how a decision to sell turned out to be incorrect.

At the time, my understanding was that the company was well-run, had a great track record at selling its timepieces through its numerous boutiques, and was also generating consistently high levels of free cash flow.

My gripe at the time was that the company could afford to pay out a higher level of dividends but instead stuck to its once-a-year payment of a S$0.02 per share dividend.

After going through two full fiscal years of seeing the dividend staying stagnant even as the business continued to flourish, I sold my shares in frustration in 2017.

Fast forward to today, and shares of The Hour Glass have surged nearly 95% higher than my purchase price and the company also paid out an annual dividend of S$0.06 in its previous fiscal year.

My reluctance to hold on to what was a high-quality, well-run business over the long term led me to miss out on significant capital gains and higher passive income.

The examples above illustrate how you can use the “sell and monitor” method to improve your investment decision-making process.

What you need to note, though, is that it’s a continuous learning journey and that you will, inadvertently, make mistakes.

Everyone does, even the best investors in the world.

The aim, however, is to keep these mistakes small and to avoid repeating mistakes you had made earlier.

Over time, I can guarantee that you will become a smarter investor.