Robinsons is Shutting After 162 Years: Is Retail Truly Dead? 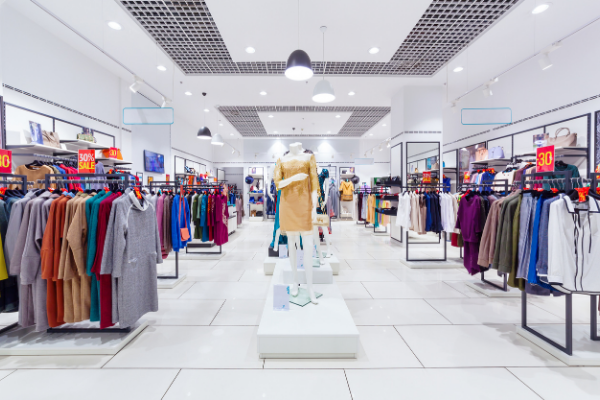 Last week, Robinsons, one of Singapore’s oldest department stores, announced that it will be shuttering its last two stores at Raffles City and The Heeren.

This shocking announcement brings down the curtains on one of the most iconic brand names in the local retail scene.

Many long-time customers were left shell-shocked by this news, and many flocked to shop at Robinsons for one last time, resulting in snaking queues over the weekend.

I, too, recall shopping at John Little at Specialist Centre (now transformed into 313 Somerset) when I was a young boy.

John Little was a department store that was acquired by Robinsons in 1955. It shut its last outlet at Plaza Singapura back in 2016.

Much has changed since then, with rapid technological advancements such as the internet and smartphones making e-commerce a new force to reckon with.

New upstarts such as Shopback, Qoo10 and Lazada offer a dazzling array of goods that you can purchase in the comfort of your own home.

With so many new and nimble entrants flooding the market, the department store format seems staid and outdated.

Falling out of favour

Back in the 80s and 90s, department stores provided a sense of magic as it was well-stocked with goods of all sorts.

Such large-format retail outlets could offer a wide breadth and variety of merchandise and act as a “one-stop-shop” for customers.

However, as the years went by, such a format fell increasingly out of favour.

Convenience and low prices were seen as more important rather than having to trawling the shelves of a department store and jostling with huge crowds.

Other department store chains have also fallen on hard times, and some have quietly begun reinventing themselves.

The group also shut its flagship store at The Centrepoint last year and has evolved over the years into more of a real estate company rather than just purely focusing on retail alone.

Similarly, Isetan (Singapore) Limited (SGX: I15) reported a net loss of S$317,000 for the half-year ended 30 June 2020 due to a decline in sales and impairment losses on financial assets.

The department store chain used to have six stores in 2016 but this has been reduced to just four now.

Finally, Beijing Hualian Group, or BHG, has five department stores here but has no plans to shut any of them. The company reported a loss after tax of S$2.3 million for last year.

Although the department stores may be suffering as a whole, retail itself remains very much alive, even during this pandemic.

This increase in spending was spurred by “revenge spending” as people divert money that they would have spent on holidays.

Many brands now engage in omni-channel retailing to provide an all-rounded experience for the customer.

Omni-channel refers to a brand or store having both an offline and online presence.

A website and e-commerce page are essential these days to allow customers to browse through a catalogue of products.

The customer can then try out the products physically in the store before purchasing them online.

The growth in omni-channel strategies has also spawned a new term: phygital.

Phygital is an amalgamation of the words “physical” and “digital” and describes the new all-encompassing retail world we live in today.

Retailers such as Nike (NYSE: NKE) are pushing out apps that continually engage customers.

By connecting with its customers through its multitude of apps, Nike can then draw them into their brick-and-mortar stores to shop around and purchase more items.

This convergence of physical stores and digital presence is the core of how the phygital strategy works and is set to remain relevant for the foreseeable future.

The verdict is in: retail is far from dead despite the unfortunate closure of Robinsons.

Remaining as status quo would be a fatal mistake in this brave new world.

Only retailers who are willing to embrace the winds of change will enjoy the success they deserve.

Join us for an exclusive Telegram Q&A on 6 November 2020 at 12 noon where we’ll discuss dividend blue chips that have been winning in 2020… plus special coverage on one of Singapore’s hottest stocks! Details will be shared on our Telegram channel, so CLICK HERE to join our channel.

Before the Q&A, don’t forget to download our FREE report where we cover 4 dividend blue chips that have been winning in 2020! CLICK HERE to download now.