No, You Did Not Miss a Bull Run 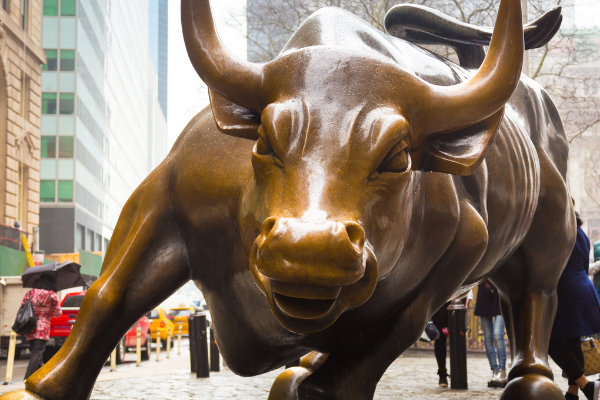 It’s been a challenging year.

Singapore’s Straits Times Index (SGX: ^STI) has surpassed the 2,800 mark, rallying by over 27 per cent from its March 2020 bottom.

At the same time, the NASDAQ (INDEXNASDAQ: .IXIC) composite index is doing one better and chalked up a 42 per cent gain for 2020.

For all we know, a stock market bull run may have already begun.

Volatility is the old normal

Even as stock markets around the world march upwards, there are lingering concerns.

And you may think that buying stocks today will only lead to heartache later when share prices fall soon after you buy.

The fear is heightened by the memory of the Singapore Straits Times Index falling by over 30 per cent from its peak to trough back in March.

But investors should know that such declines are rare.

The graph below shows the maximum decline for the Singapore index, from peak to trough, for every year since 1993.

From 1993 to 2020, a period of 28 years, there have been only five other instances where our local index fell by 30 per cent or more in the same year.

It’s not to say that the Straits Times Index wouldn’t be volatile.

Historically, the index fell 10 per cent or more in nine out of every 10 years.

As such, if you plan to invest in stocks, you have to accept that volatility comes with the territory.

Waiting for the right moment

Statistics inform you of the probability of a stock market fall.

But it tells you nothing about when the market will head south.

Average figures can also be deceiving.

For instance, for the period between 1993 and 2020, the Straits Times Index has historically declined 20 per cent or more in two out of every five years.

But that does not mean that the Singapore index will fall twice for every five year period.

As such, waiting for a major decline before you buy a stock may not be the best course of action. You could be left waiting too long while a bull run takes off.

So, when it is also said and done, where does this leave investors?

Neither early nor late

Here’s the thing, I have never timed my stock buys perfectly over the last 15 years of investing.

And that’s not the worst thing in the world.

In February 2007, I invested in shares of a Mexican food chain, Chipotle Mexican Grill (NASDAQ: CMG).

With the benefit of hindsight, my timing was pretty bad.

But my timing didn’t matter over the long run.

Today, 13 years later, those shares are up over 2,300 per cent, a satisfying return by any account.

In short, it didn’t matter that I bought too early.

And that’s not the only instance.

In June 2010, I bought shares of Apple (NASDAQ: AAPL), more than a year after the stock market had bottomed out in March 2009.

By then, the stock market was already up by 60 per cent from its low.

Again, the timing of my entry was off by a wide margin.

But that didn’t matter in the end.

Today, over a decade later, shares have risen by over 1,200 per cent from the day I bought my first shares.

The factor that matters

The point here is that you can buy good stocks at moments that may seem to be too early or too late at first.

But the timing of the buy didn’t matter in the end.

The reason why shares of Apple and Chipotle were able to rise several times above my original cost was due to their underlying business performance that unfolded over the years that I have held them.

During that time, free cash flow, a measure of how much cash the business generates, ballooned from US$9 billion to over US$73 billion.

Similarly, for Chipotle, revenue rose from around US$820 million in 2006 to over US$5.8 billion over the last twelve months.

Over the same period, free cash flow for the Mexican food chain multiplied from about US$6 million to over US$390 million.

For both cases, I would argue the quality of the business shone through and became a far more important factor compared to timing my entry point perfectly.

At The Smart Investor, we have made it our key focus to find the best companies to hold for the long term.

When it comes to generating great returns, we are convinced that the underlying business performance will matter far more than getting our entry point correct.

To be clear, we have no clue how the stock market will behave in 2021.

The Singapore stock market may go up, or it may go down.

Or it could tread water.

Either way, we know what we want to do next year.

Buy great companies with great management. And to hold them tenaciously for the long haul.

We invite you to do the same.