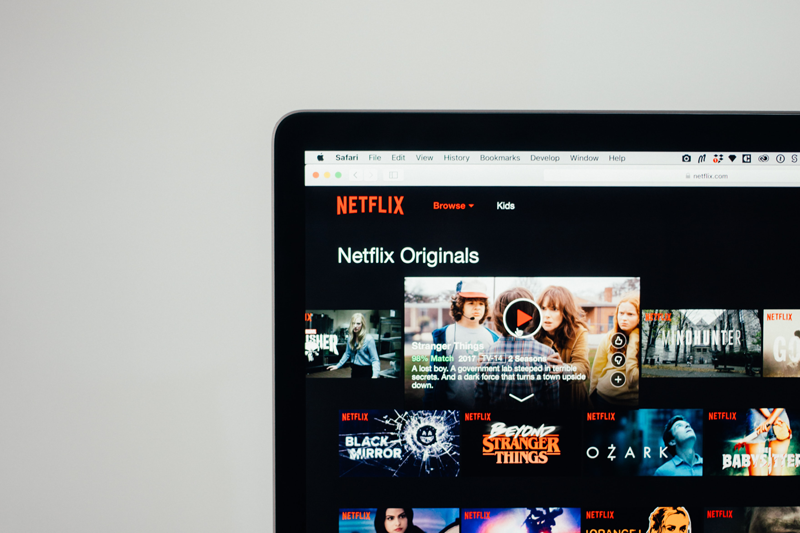 Expectations are low coming into the quarter:

With the above in mind, let’s review what happened in its latest quarter.

By the numbers: financials and subscriber growth

Compared to the previous quarter, there was a loss of 970,000 members.

The loss was not as bad as feared compared to the company’s guidance for a two million loss of subscribers.

By region, there was weakness in UCAN (the US and Canada) and EMEA offset by solid growth in Asia Pacific, as the table above shows.

There’s also better news for the second half of the year.

For context, Netflix had previously cautioned against extrapolating the second quarter’s shrinkage into the second half of the year.

And sure enough, the online streaming giant is guiding towards an addition of a million subscribers in 3Q’22.

There are also other positive signs:

In short, the notion that the online streaming giant will wither away under the weight of competition appears to be premature.

The REAL question is about reinvigorating growth. More on that below.

Next, here’s a summary of its latest financials (see table below for details):

“We’re now more than a decade into transforming our service from licensed second run content to mostly Netflix originals – including more than five years into building out our internal studio to produce the majority of our original titles (60% of our net content assets on our balance sheet are Netflix-produced).”

Moving forward, investors should expect content spending to be moderated to match its revenue growth profile.

CFO Spence Neumann said that Netflix’s cash content spend will be around US$17 billion for 2022 and for the next couple of years, it will be “around the same ZIP code”.

For historical context, Netflix’s cash-content spend to content-amortisation ratio (how much the company spends on content versus what it records as a cost) peaked at 1.6 times in 2019.

This ratio is expected to gradually decline in the future.

Speaking of cost moderation, Netflix has also reduced its headcount and cut down on its office footprint to better match its current growth profile.

The result of these actions is a US$150 million charge for 2Q’22 for severance costs and non-cash impairment of its real estate leases.

Elsewhere, Netflix also acquired Animal Logic, the studio responsible for Sea Beasts, Happy Feet, and the LEGO movies along with visual effects work for The Matrix, 300 and the Great Gatsby.

The acquisition speaks to the online streaming giant’s ambition for future animation films.

“ … looking forward, streaming is working everywhere. Everyone is pouring in. It’s definitely the end of linear TV over the next five, 10 years.”

As an industry, there is no question that online streaming has taken market share from linear TV (read: cable TV) over the past decade.

Yet, according to Nielsen, there is still plenty of room for the former to grow.

Despite the heightened competition, Netflix is holding its own, growing its market share of total TV viewing time from 6% in May 2021 to 7.7% in June 2022.

“When we deliver shows and movies that members are talking about in large numbers, we can influence pop culture, build passion for Netflix and create an experience that is differentiated and difficult-to-replicate.

For example, the show catapulted the 1985 song Running Up That Hill to the top of the music charts.

Metallica also enjoyed a return to the charts in the US and UK with their 1986 song Master of Puppets after being featured in the new season of Stranger Things.”

Now, pause and think for a minute on the statement above.

Stranger Things, a Netflix series from 2022, was able to generate enough excitement that sent two classic songs from over 35 years ago to the top of the music charts.

That, in our eyes, is a demonstration of converting attention into real dollars.

The examples above provide compelling evidence that its upcoming ad-supported subscription can work.

With its influence and high audience engagement, Netflix may just be scratching the surface of what is possible through partnerships and new opportunities that we are yet able to see.

There’s value that we may not see today.

Speaking of monetisation, Netflix had highlighted two key areas it will be focusing on in the near term, namely paid sharing accounts and ad-supported subscriptions.

Paid sharing: As a reminder, Netflix estimates that over 100 million households are sharing accounts, including 30 million in UCAN.

The company has been working behind the scenes for almost two years, testing two variations to better monetise households which are using shared accounts.

If you want to dig into the details, check out this blog post.

Again, to set the right expectations, the management team had previously said that it could take “a year or so” before the right solution is found.

The details shared thus far have been fairly generic.

For its part, Netflix highlighted Microsoft’s technical ability, go-to-market components and focus on privacy and data protection as reasons why the latter was chosen.

“… we saw a high degree of strategic alignment in their interest in innovating in the space and really working with us over the next several years to basically try and create a new ads ecosystem around premium TV, connected TV ads.

… I think we’ve seen the sort of long arc of advertising towards very pro-consumer, let’s make advertising part of the quality of the experience rather than detracting from it as well as having a really strong brand and advertiser kind of focus on what do they need to support their goals from there. ”

There are other positive historical points that add credence to picking Microsoft:

“… we believe, at the unit economic level, so we think we can manage that to a an operating income neutral to positive pretty soon out of the gate.”

We love the enthusiasm but recognise that any revenue traction will take place between 2023 and 2024.

These days, it’s impossible to talk about Netflix without mentioning Disney+.

While there is competition between the two across multiple vectors, ranging from the battle for production talent to distribution, we felt it was important to untangle a few popular misrepresentations.

Firstly, we should acknowledge that Walt Disney has done a tremendous job in bringing in over 200 million subscribers, an impressive feat by any means.

However, not all paid subscriptions are directly comparable to Netflix.

For instance, there is a wide difference between the average monthly revenue per paid subscriber between Disney + Hostar (a mere US$0.76) and Hulu’s Live TV SVOD subscription (US$88.77).

In particular, the biggest difference in average user revenue comes from Disney + Hotstar in India where Netflix, as we noted previously, had reduced its pricing to compete.

For context, Hotstar is a freemium streaming platform for Indian dramas, movies and live sports.

In March 2019, Walt Disney splashed out US$70 billion to acquire key assets from 21st Century Fox, which included Hotstar.

In other words, competing with Netflix came at a price.

Meanwhile, Walt Disney has other problems too.

The House of Mouse’s balance sheet is loaded with over US$35 billion in net debt during a time when it had a negative free cash flow of US$504 million in the six months prior to 2 April 2022.

Charging lower prices and burning cash in the short run is manageable, but like Netflix, Walt Disney will have to eventually show that it can turn its streaming service into a profitable venture.

Get Smart: What’s next

Amid the uncertainty, there’s one thing that has worked for us in the past.

If we are going to err on one side of this decision, we will err on the side of the leaders that have come to define an industry.

That is why I am backing Reed Hastings.

Hastings has a track record of admitting when he is wrong and correcting course upon admission.

For instance, he was candid about the company’s latest results, saying:

“… we’re talking about losing 1 million instead of losing 2 million. So our excitement is tempered by the less bad results.”

While we see some positive signs in its future plans, but it’s far too early to call it a return to growth.

Amid the current economic environment, we are mindful that issues such as foreign currency headwinds and weaker economic conditions in Europe, will not last forever.

As investors, we should not extrapolate such extremes indefinitely into the future.

Note: The article above was previously a members-only post within The Smart All Stars Portfolio, our premium service on how to pick the US stocks.