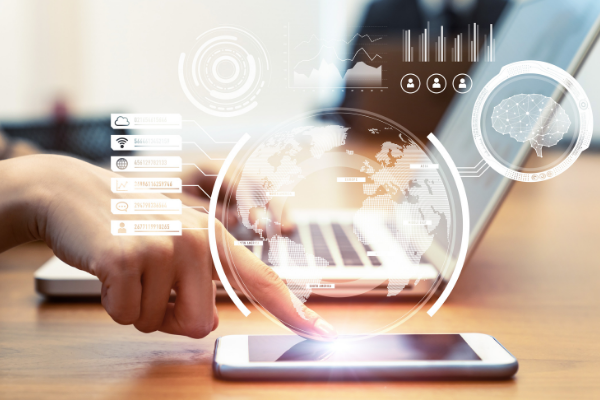 Technology stocks in the USA have not been in the good graces of market participants in recent weeks. Take, for instance, the NASDAQ index, which has a heavy weighting (nearly half) toward companies in the technology sector. The index closed at a high of 14,095 this year on 12 February 2021, before falling by 10.5% to 12,609 on 8 March.

What’s behind the declines?

Rising interest rates have often been cited as the key reason for the recent turmoil in technology stocks. The US 10-year Treasury yield, an important interest-rate-marker, had increased from 1.20% on 12 February 2021 to 1.59% on 8 March 2021.

There’s plenty of attention being paid to interest rates because of its theoretical link with stock prices. Stocks and other asset classes (bonds, cash, real estate etc.) are constantly competing for capital. In theory, when interest rates are high, the valuation of stocks should be low, since bonds, being an alternative to stocks, are providing a good return. On the other hand, when interest rates are low, the valuation of stocks should be high, since the alternative – again, bonds – are providing a poor return.

Some stocks in particular, such as high-growth companies that depend on the future growth of their long-run cash flows for the lion’s share of their value, are theoretically even more sensitive to changes in interest rates. The technology companies I mentioned earlier that have experienced sharp falls in their share prices belong to this category.

But a few things are worth pointing out about the idea of interest rates being a massive driver for the recent volatility seen in technology stocks.

Secondly, the real relationship between interest rates and stock market valuations is nowhere near as clean as what’s described in theory. Yale economist Robert Shiller, who won a Nobel Prize in 2013, has a database on interest rates and stock market prices, earnings, and valuations going back to the 1870s. According to his data, the US 10-year Treasury yield was 2.3% at the start of 1950. By September 1981, it had risen to 15.3%, the highest rate recorded in Shiller’s dataset. In that same period, the S&P 500’s price-to-earnings (P/E) ratio moved from 7 to… 8. That’s right, the P/E ratio for the S&P 500, a broad-based US stock market index, increased slightly despite the huge jump in interest rates.

(It’s worth noting too that the S&P 500’s P/E ratio of 7 at the start of 1950 was not a result of earnings that were temporarily inflated.)

Yes, I’m cherry picking with the dates for the second point. For example, if I had chosen January 1946 as the starting point, when the US 10-year Treasury yield was 2.2% and the P/E ratio for the S&P 500 was 19, then the theoretical relationship between interest rates and stock market valuations would appear to hold up nicely.

But what I’m really trying to say with the first and second points are these: Interest rates have a role to play, but it is far from the only thing that matters and; one-factor analysis in finance – “if A happens, then B will occur” – should be largely avoided because clear-cut relationships are rarely seen.

So what’s really going on?

The recent volatility in technology stocks might be due to stocks simply doing what stocks do: Experiencing wild price fluctuations.

Even the stock market’s greatest long-term winners have also been through periods of sickening declines. We can look at two US-based companies that are well-known to Singaporeans: Amazon.com (NASDAQ: AMZN), the e-commerce and cloud computing juggernaut, and Netflix (NASDAQ: NFLX), the global streaming services provider. In the 10 years ended 8 March 2021, Amazon.com and Netflix’s share prices were both up by 1,670%. By any measure, they have both been massive long-term success stories.

But in that period, both companies saw their share prices decline by 20% or more from a recent high on at least six separate occasions each. So in the past decade, Amazon.com and Netflix – two US-listed stocks with massive long-term gains – have both experienced share price falls of 20% or more every 1.7 years on average. An important takeaway for investors here is that volatility is a feature of the stock market. It’s something normal. Accepting this can also lead to a healthy change in our mindset toward investing in stocks. Instead of seeing short-term volatility in stocks as a fine, we can start seeing it as a fee – the price of admission, if you will – for great long-term returns. This is an idea that venture capitalist Morgan Housel (who also happens to be one of my favourite finance writers) once described.

So what should investors focus on now when it comes to technology stocks?

If you’re an investor in US-listed technology stocks, it has been a painful few weeks. In times like these, it’s easy to forget that stocks represent partial ownership of businesses. It’s important to remember what stocks represent because it will be the performance of a stock’s business that will ultimately determine where its price ends up. Earlier, I said that clear-cut relationships in finance are rarely seen – this is one of those rare times.

So if you’re interested in technology stocks or are currently invested in them, focus on their business fundamentals while knowing that their share prices are going to be all over the place in the short run. Will their businesses grow materially in the years ahead? And are their current valuations sensible in the context of your estimation of their growth? The answers to these questions will be far more important to technology stocks’ future prices in the long run compared to where interest rates are headed.