Looking at Pharmaceuticals Beyond COVID-19 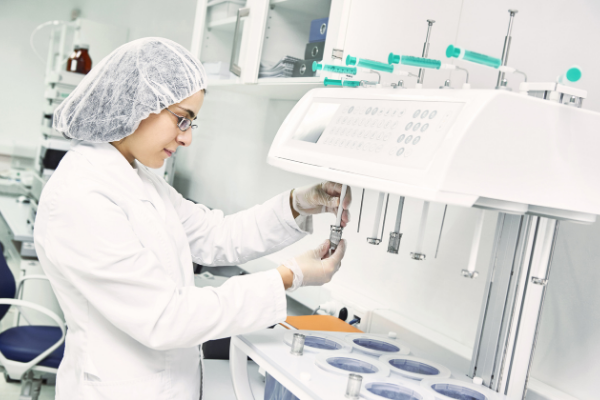 We can be forgiven for thinking that pharmaceutical companies only care about finding a cure, a treatment, a test or even a vaccine for COVID-19 right now. It goes without saying that no expense should be spared to curb the spread of the deadly pathogen that has claimed over a million lives and infected more than 50 million people worldwide.

But there is more to the healthcare industry than just COVID-19. Another challenge – one that is less talked about, but no less economically crippling – is the ageing population. It has been described as the ticking time-bomb where one-fifth of the world’s population is expected to be 60 or older by 2050.

Whilst COVID-19 justifiably grabs headlines, many healthcare companies are working tirelessly to address the healthcare issues of a rapidly-changing world demographic. There is even a name for it – epidemiological transition.

The areas of interest are as wide, as they are broad. And for intrepid investors, there are countless ways that we could tap into the growing needs of global ageing.

Parkway Life REIT (SGX: C2PU), which is the real estate investment trust behind Gleneagles Hospital in Singapore, runs more than a dozen nursing homes in Japan.

Currently, this segment only accounts for around a quarter of total income. But its influence could grow. According to the BBC, Japan already has one of the oldest populations in the world. By 2030, one in three people in Japan could be 65 or older, and one in five could be 75-plus years old.

Parkway Life has already been a standout performer in the Singapore market. Since 2010, it has delivered an annual total return of 14.7 per cent. So, every S$1,000 invested in its shares would have turned into S$3,940 after a decade.

Singapore Press Holdings (SGX: T39) is also moving into care for the aged through its prescient acquisition of Orange Valley Healthcare in 2017. The company runs five nursing homes in Singapore with more than 900 beds.

It has also bought five care facilities for the aged in Japan. Currently, nursing homes are only a small part of SPH’s business. But the prospects for growth are good, as the population ages.

Rather than care, it might be better to keep older people healthier and economically active for longer. This is where Abbott (NYSE: ABT) has taken a different tack to looking after the aged. It aims to help people maintain good health and live independently for as long as possible by addressing nutrition and malnutrition in older adults.

According to the Shield (Strengthening Health in the Elderly) report by Changi General Hospital, SingHealth Polyclinics and Abbott, a quarter of Singaporeans will be aged 65 and older by 2030. The report found that four out of five elderly living in the community with the risk of malnutrition showed improved health and muscle strength after six months of oral nutritional supplements combined with regular exercise.

That ultimately can help keep them out of hospital.

Separately, Abbott found that merely by addressing malnutrition caused by diseases such as stroke, depression, and dementia, the US government could save as much as US$15.5 billion a year. Over the last five years, the company has generated a return on equity in the low teens. That coupled with an average payout ratio of around 90 per cent, suggests that it could appeal to income-focused investors looking for steadily rising dividends.

But no matter how careful we are, wear and tear of our joints could still limit mobility as we age. However, a 169-year-old UK company, Smith & Nephew (LON: SN), is a specialist in developing a range of hip and knee implants that replace diseased, damaged, or worn joints. Over the last decade, it has grown revenue at a compound rate of 3 per cent a year, whilst dividends have increased 8 per cent annually.

Elsewhere, Haw Par (SGX: H02) could interest fans of Traditional Chinese Medicine (TCM). It is a conglomerate with interests in healthcare, investments, leisure, and property rental. But health and wellness continue to be a priority with Tiger Balm at the forefront.

Many consumers will be familiar with the company’s “Ten Thousand Golden Oils” universal panacea, medicated plaster, joint rub, and neck and shoulder rub. It is a Singapore treasure, though its roots are in Myanmar where a Fujian immigrant, Aw Chu Kin, founded the Hall of Everlasting Peace in Yangon in the 1800s.

We all hope that we will never need the products and services of these healthcare companies. But as the old saying goes, as you grow old, the brain starts to forget but your lower back always remembers. That’s why these companies should have great prospects.