Is a Recovery in Sight for Singapore Airlines? 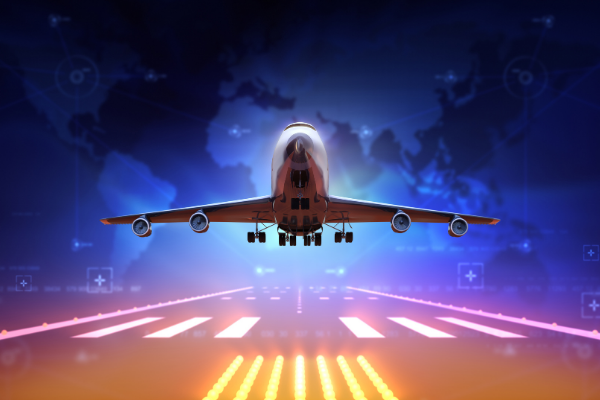 With border closures and travel restrictions remaining in place, it wasn’t a big surprise to learn that the airline’s financials continued to be under pressure.

An operating loss of S$331 million was incurred as the airline managed to reduce expenses by 65% year on year.

Although the numbers may seem bad, investors should take heart that these numbers were an improvement over the airline’s second-quarter financials.

For the second quarter, revenue stood at S$784 million while the group reported an operating loss of S$826 million.

Another bright spark was SIA’s cargo performance, which saw load factor rising to 86.6% from 61.4% a year ago.

To sustain its current operations, the group had recently successfully tapped on the bond market to raise US$500 million through the issuance of its first-ever USD-denominated bond.

The airline is also in advanced discussions for sale-and-leaseback transactions to free up more cash, while retaining the option to draw down on S$2.1 billion in committed credit lines and raise another S$6.2 billion in mandatory convertible bonds.

Looking ahead, the airline expects passenger capacity to gradually improve over time as the world receives COVID-19 vaccinations.

As of December last year, capacity stood at 19% of pre-COVID levels, but is anticipated to recover to 25% by April 2021.

The group struck an optimistic tone as it remains confident that it can successfully navigate its toughest challenge since its formation.

SIA also said that it is also well-positioned to retain its top spot in the airline industry, and will continue to stay nimble as conditions evolve.

To say the aviation industry is going through a tough patch is an understatement.

The pandemic has wreaked havoc on the industry because of border closures and lockdowns, resulting in air travel getting decimated.

Singapore Airlines Limited (SGX: C6L), or SIA, announced in March last year that it had cut 96% of its capacity, effectively grounding almost its entire fleet.

This announcement was followed by a massive rights issue intended to shore up the airline’s balance sheet.

While demand for air travel has gradually returned in December, it remains a far cry from pre-pandemic days.

For the final month of 2020, SIA reported that overall passenger carriage was still 97.1% lower year on year.

The good news is that mass vaccinations are underway around the world, bringing hope and relief to weary governments struggling to contain the coronavirus.

If all goes well and more people are protected against this dreaded disease, could we see a recovery for SIA?

Minister for Transport Ong Ye Kung has reaffirmed that Singapore’s air hub status remains a critical pillar for the country.

An exercise is therefore underway to inoculate around 37,000 aviation and maritime front-line workers against COVID-19.

The aim is to declare SIA to be the first vaccinated international airline in the world, cementing the group’s status as a safe airline to fly with.

If successful, this vaccination exercise could greatly restore confidence in flying and raise the prospects of better load factors once the pandemic subsides.

Unfortunately, the promise of a fully-vaccinated airline crew may not be enough.

Just this week, Singapore announced the suspension of reciprocal green lane (RGL) arrangements with three countries: Malaysia, Germany and South Korea, due to a resurgence in COVID-19 cases worldwide.

This suspension will last for three months as the government continues to monitor the evolving pandemic situation.

The announcement follows a similar suspension for Indonesia and Japan back in December.

These setbacks should be accepted as part and parcel of a slow but painful recovery for the aviation sector.

Fortunately, Singapore still has RGL arrangements with Brunei and selected cities in China such as Shanghai, Chongqing and Tianjin.

Retaining its capacity for financing

SIA has managed to tap on other sources of funding despite the tough conditions.

In late January, the airline announced the issuance of its first-ever US-dollar denominated bond offering.

The issue comprises 3% Notes due 2026 worth a total of US$500 million, with coupons paid semi-annually.

The issuance met with an enthusiastic response and was more than five-times oversubscribed from high-quality institutional investors, demonstrating strong demand for SIA’s debt.

Proceeds from the bond issue will be used to strengthen SIA’s liquidity position and for working capital purposes.

SIA still has access to more than S$2.1 billion in committed credit lines and has the option to raise another S$6.2 billion if need be in mandatory convertible bonds from last year’s rights issue.

The above should convince investors that SIA’s branding remains rock-solid and that it’s able to stand firm amid the crisis.

More financial support on the cards?

The group mentioned that the government’s Job Support Scheme for the aviation sector will taper down from 75% to 50% in the next quarter.

In light of the continued stress for the sector, the upcoming Budget 2021 may hold more financial assistance for the aviation industry.

Mr Heng Swee Keat, Singapore’s Finance Minister, has said that “the government will continue to dedicate resources towards the fight against COVID-19”, signalling possibly more financial help on the way.

The International Air Transport Association, or IATA, has offered revised guidance for the aviation industry for 2021.

Deep losses should continue for the industry for this year, though IATA expects that the second half should see some improvements.

Aggressive cost-cutting coupled with the availability of several promising vaccines should provide much-needed relief for the beleaguered sector.

De Juniac, CEO of IATA, believes that the industry has probably passed its nadir, though it will take a reasonable length of time for a sustained recovery.

SIA is doing the right thing by positioning itself for the eventual recovery, but it will still take time and some good luck before conditions improve materially for the airline.