This heartwarming, heartbreaking, and funny drama contains two investing lessons that we can learn from and apply. 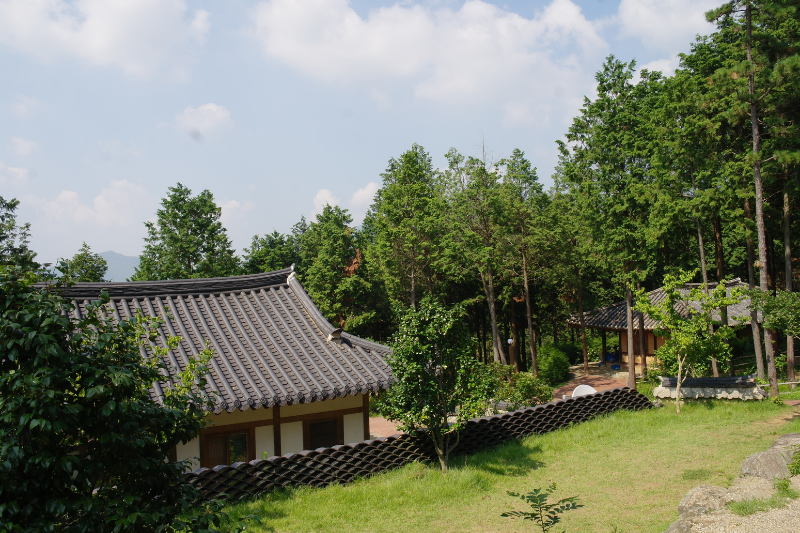 Together with my wife, I recently finished viewing a new Korean show, Hometown Cha Cha Cha, on Netflix. Thanks to her prodding, I discovered a series that I thoroughly enjoyed – it was not only heartwarming, heartbreaking, and funny, but it also managed to stir up my investing mind.

Two of Hometown Cha Cha Cha’s key characters are the kind-hearted and carefree male protagonist Hong Du-Sik, and the meticulously forward-planning and caring female protagonist Yoon Hye-Jin. Throughout the series, which was set in the beautiful but fictional sea-side town of Gongjin in Korea, it was heavily hinted that Du-Sik had a tragic past but the actual events were always a mystery until the penultimate episode.

When Du-Sik was in university, he became roommates with a senior named Park Jeong-U and the two soon developed a strong brotherly bond. Being a senior, Jeong-U graduated from university first and became a fund manager at YK Asset Management. After Du-Sik completed his studies, Jeong-U roped him into the same firm.

Du-Sik rapidly rose through the ranks at YK Asset Management. But despite his success, he always remained humble and kind towards everyone at the firm, even to the security guard at the office. Over time, the guard, Kim Gi-Hun, came to know Du-Sik better. Wanting to make money through stocks, Gi-Hun eventually asked to invest in the funds that Du-Sik was managing. Du-Sik, thinking that his funds were too risky for Gi-Hun, tried to dissuade him. Gi-Hun was persistent though, and Du-Sik eventually relented. But before Gi-Hun invested, Du-Sik strongly reminded him to never take unnecessary risks.

Soon after Gi-Hun invested in the funds, a seemingly major Korean company named Benjamin Holdings went bankrupt. The Korean stock market suffered a big one-day decline as a result, with the country’s major market indexes falling between 8% to 12%. Being worried, Gi-Hun sought advice from Du-Sik outside the office.

During their conversation, Gi-Hun revealed that he had invested in one of Du-Sik’s riskiest funds, named ELF, despite Du-Sik having recommended less-risky choices. On the day of the big decline for Korean stocks, ELF was down by 70%. Du-Sik told Gi-Hun to hang onto the investment because the value of ELF should rise again with time. But – again unbeknownst to Du-Sik – Gi-Hun had poured gasoline into fire. The security guard invested in ELF with his security deposit for his house and so, had no holding power whatsoever. But that’s not all. Snared by greed, he even took up loans to invest in the fund. Upon these revelations, Du-Sik was called back to the office to deal with an emergency but told Gi-Hun that he would get back to him soon.

Back at the office, Du-Sik continued getting calls from Gi-Hun but he never picked them up as he was stressed and busy. A few days later, Du-Sik heard that Gi-Hun had attempted suicide and barely managed to survive. After hearing the news, Du-Sik immediately wanted to visit Gi-Hun at the hospital. But Du-Sik was in no condition to drive as he was suffering from a breakdown. Jeong-U volunteered to drive Du-Sik to the hospital and also share the responsibility for this tragedy. Unfortunately, they encountered an accident while on the road, which resulted in Jeong-U’s untimely death.

First, he invested in something that was highly risky in nature. Hometown Cha Cha Cha did not explain what type of fund ELF was. But given the magnitude of its decline in relation to the broader market’s fall (-70% vs -8% or -12%) and its portrayal as being highly risky, I’m guessing it was an investment fund that utilised significant leverage. What amplified the damage was that Gi-Hun used borrowed money to invest  in ELF. The use of leverage can juice returns when the market is smooth-sailing. But when the waves get rough as they inevitably do, the downward movements are magnified substantially, to the point where you can drown. For example, if you’re investing $10 for every $1 you have (meaning you’re levered 10-to-1), even a 10% decline in your underlying holdings can wipe you out.

Second, he used his security deposit to invest in ELF. In my opinion, one of the most dangerous things an investor can do is to invest with money that he needs to use within a short span of time. If he does so, he may be forced to sell his stocks when prices are low, since the stock market is volatile and short-term price movements are incredibly hard to predict. Jeremy and I run an investment fund together that invests in stocks around the world. In our verbal and written communications to our investors, we highlight our hope that our investors will only invest with money that they would not need for the next five years or more. Even if it’s at the short-term expense of our business, we would not want to invest for someone if we learn that he needs the capital within this timeframe. The reason we do so is because we want ideally all of our investors to have holding power. We do not want our investors to suffer the unnecessary risk of having to be a forced seller at a time when prices are low.

While learning about Du-Sik’s tragic past in the penultimate episode of Hometown Cha Cha Cha, I felt an affinity with the character. During the episode, Du-Sik said:

“He [referring to Jeong-U] convinced me to work at that company [referring to YK Asset Management]. He was a fund manager there. At first, I was hesitant about taking the job. It had nothing to do with my major and was too money-oriented. I didn’t like that. But then he said, “Fund managers give ordinary people hope that even they can become rich.” I think… that made me change my mind.”

I graduated from university with an engineering degree, just like Du-Sik in the show. But unlike the character, I knew, even as a university student, that I wanted to be in the investment world. Where we’re again similar, is that I did not want to just be a cog in the machine and make money – I wanted to be in a role in the investment industry where I could positively impact the lives of many. This is why I was so thrilled when the opportunity to join The Motley Fool’s Singapore office landed on my lap in late-2012. I officially started in January 2013. Back then, the Fool already had a wonderful purpose to “Help The World Invest, Better.” A few years into my stint with the company, the purpose was upgraded: The Fool now wants to “Make The World Smarter, Happier, and Richer.” Both purpose statements are wonderful and resonate with me.

When I had to leave the Fool’s Singapore office in late-2019, I embarked on a new adventure with Jeremy to set up an investment fund. Our fund’s mission is to “Grow Your Wealth, and Enrich Society.” I was thrilled to once again have the good fortune to be in a role in the investment industry where I could positively impact the lives of many. And although our fund can only serve accredited investors at the moment, we are working towards opening up the fund to all investors in Singapore in the future, if Lady Luck graces us with her presence and we gain the necessary scale to do so.

I never expected to feel an affinity with a romantic comedy such as Hometown Cha Cha Cha. But the character of Hong Du-Sik – and his thought process in deciding to be a fund manager – brought a smile to my heart. I hope Hometown Cha Cha Cha can inspire other young people to develop aspirations to build better financial lives for others – especially the less privileged – if they choose to enter the investment industry. This will give meaning, purpose and blessings to their lives, way more so than the build pursuit of money.