How Lululemon Defined Athleisure and Transformed the Sporting World

Combining athletics and leisure is the best thing this company has done. 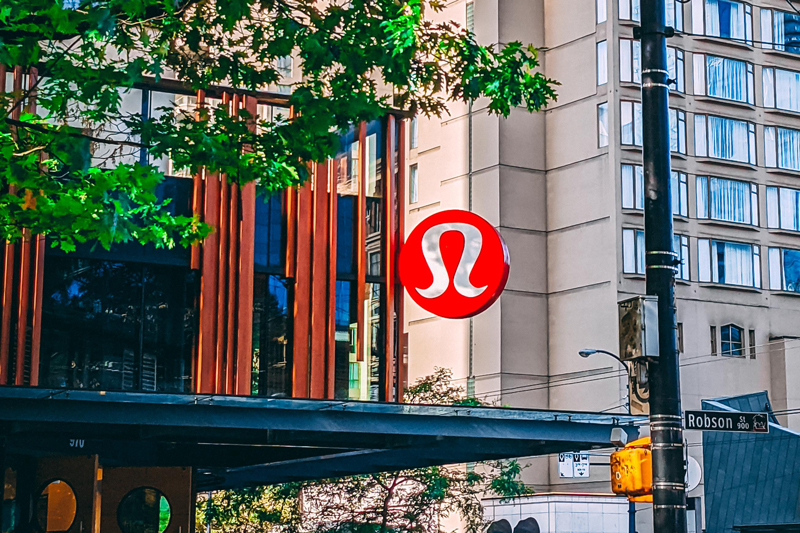 Think of athleisure, and Lululemon (NASDAQ: LULU) would be top of mind.

The Canadian’s company’s rise to prominence started around a simple idea – building communities around yoga.

The move proved to be prescient but was marred by controversy along the way.

Yet, despite the setbacks, the brand has experienced wild success — in the process, defining a new industry embraced by millions.

As a Lululemon shareholder for over a decade, I had a front row seat to the trials and tribulations as the brand rose to become a US$35 billion business.

A simple idea born in Canada

Lululemon was founded by Chip Wilson in 1998, beginning from a single location in Vancouver’s Kitsilano neighbourhood.

By day, the place was a design studio and by night, a yoga studio.

The company vision was simple: create a community hub where people can learn and discuss “healthy living, mindfulness and living a life of possibility.”

Building communities around the world

Today, the company reaches out to local communities through its 1,500 worldwide ambassadors, organising grassroot events.

Prior to the pandemic, Lululemon would host 4,000 events annually.

Ambassadors act as an extension to its brand, evangelising its brand while collecting valuable customer feedback. These local influencers are often selected for a two year program and receive perks such as free products to test.

Since its founding, the company has engaged over 15,000 legacy ambassadors.

From community to competitive advantage

Lululemon’s community-based marketing is unusual in the sporting world.

For context, US-based sporting giant Nike (NYSE: NKE) has historically relied on third-party wholesale sellers for six out of every 10 dollars in revenue it generates.

In contrast, Lululemon makes almost all of its revenue selling directly to its customers, either through its stores or online.

The Canadian company’s direct-to-consumer (DTC) approach allows it to exercise full control over how its brand is presented and perceived.

Selling directly to customers also allows Lululemon to learn more about its customer and build a direct relationship with them.

From women’s yoga to athleisure

The apparel company is credited as a pioneer of the athleisure trend, a style of casual-athletic wear designed for both fitness workouts and everyday activities, including work and social settings.

As working from home becomes more common, casual wear that is both comfortable and functional is increasingly accepted in working environments.

Lululemon uses technically-advanced fabrics with a unique feel and fit; these fabrics are typically branded individually and trademark protected.

The use of differentiated fabric, coupled with its community-driven brand, enable the company to command premium pricing for its products.

Lululemon’s pricing power is demonstrated by its higher gross margins compared to other competitors such as Nike, adidas AG (Xetra: ADS), Under Armour (NYSE: UAA), and Athleta, which is owned by Gap (NYSE: GPS).

Lululemon’s DTC approach proved to be prescient on two occasions.

In 2016, the athleisure retailer avoided the fallout from two major sport retailer bankruptcies, Sports Authority and Sport Chalet, which happened in quick succession.

In contrast, Lululemon’s competitors, Under Armour and Nike, were impacted and started to pare down their non-direct sales channels to focus on DTC sales.

These moves serve as an endorsement of the Canadian company’s direct strategy.

Meanwhile, in 2020, most retail stores were forced to shutter their doors or limit visits.

Lululemon was no exception, losing a little over a third of its in-store revenue.

Despite the setback, Lululemon was able to turn to its online channel, doubling its online sales in 2020.

As a result, the athleisure retailer was able to post double-digit year on year revenue growth in a year when most apparel retailers would have been happy with a minimal decline in sales.

Lululemon was an early adopter of online retailing.

Then, in FY2020, more than one out of every two revenue dollars came from its online channel.

An important benefit from ecommerce sales is its higher margins.

For perspective, between FY2010 and FY2020, the average segment margin (before general expenses) was 28% for company-owned stores, and 40% for direct to consumer.

In short, the more the company sells online, the more profits it makes.

Unfortunately, Lululemon is no stranger to controversy.

In March 2013, the athleisure retailer was forced to pull shipment of its signature luon yoga pants over sheering (read: “see-through”).

Less than nine months later, founder Chip Wilson put a foot in his mouth by saying that Lululemon’s yoga pants were not always suitable for some women’s bodies.

The subsequent uproar led to him resigning as board chairman in 2013, before stepping down from the board completely in early 2015.

Unfortunately, the leadership drama was not over.

In January 2014, Christine Day was replaced by Laurent Potdevin as CEO.

Potdevin’s reign at the helm would last four years before he resigned for falling short of the company’s standard of conduct.

Winning against the odds

Despite these twists and turns, Lululemon’s business has thrived.

Patient shareholders have been greatly rewarded as shares have risen by almost 19 times since the start of 2010.

Today, under the leadership of Calvin McDonald, Lululemon has set its sights on doubling its FY2021 revenue by FY2026.

If we have learned anything from the past two years, the road ahead will be anything but certain.

Once again, there may be twists and turns.

But if we learned anything from the history of the company, the odds are that it will be able to thrive through adversity.