Has Razer Found a New Way to Reach Profitability? 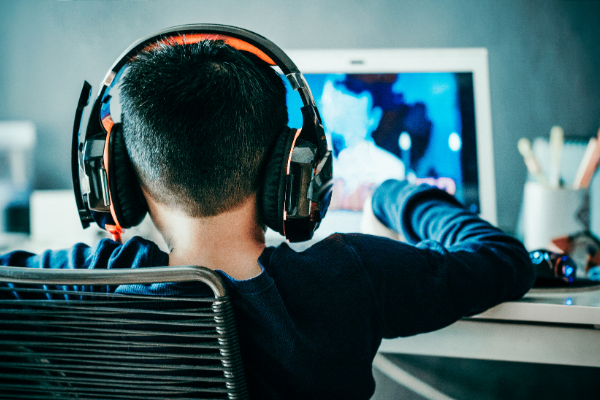 If you thought a computer mouse was just a moulded-plastic handheld pointing device connected to a computer to move a cursor around a visual display unit, then you probably aren’t an ardent fan of computer games.

These gadgets are judiciously selected by gamers for their responsiveness, their weight and feel, their ergonomic design, and for the types of games they are used to play.

Using the right mouse could mean the difference between driving home a killer-streak and going home empty-handed.

It is not only the right mouse that can give professional video gamers a competitive edge. Gaming keyboards and specialty headsets can help elevate the entire gaming experience to a new level, too.

But these peripherals don’t come cheap. Together they can add up to hundreds of dollars, and that doesn’t even include the cost of the computer or the games itself.

It is little wonder that the gaming mouse and keyboard market together was worth nearly US$1.4 billion in 2020.

It is also projected to grow around 8.3 per cent a year to reach US$2.2 billion by 2026, which underlines the potential growth of the computer gaming industry.

What is more remarkable is that the global computer games industry is bigger than both the film and music industries put together.

Consequently, there could be rich pickings for companies that can design the right gadgets in this multi-billion-dollar games market.

The key players in the lucrative peripherals market include Singapore-based Razer, America’s Corsair Gaming, Taiwan’s A4TECH, and Swiss-American peripheral maker, Logitech. But unlike many of its peers, Razer (SEHK: 1337), which is listed in Hong Kong, has its fingers in other pies, too.

Razer’s main business, though, is still the manufacture of hardware accessories and the development of software for the global e-sports and gaming markets.

Its electronic gizmos are often highly rated by product reviewers for their good value for money.

In 2019, Razer’s peripherals and systems segment, which makes gaming laptops, keyboards, mice, and audio sets, accounted for 87 per cent of its total annual revenue of US$820 million.

However, the company’s gross profit has only increased from US$100.3 million to US$143.9 million, which equates to a compound growth rate of 9 per cent a year.

This would imply that margins have been squeezed. In 2015, gross profit margin for laptops, mice, keyboards, and mouse mats was 31.4 per cent. By 2019, it had contracted to 20.2 per cent.

The margin compression is partly due to the change in Razer’s product mix. It makes significantly less profit for every dollar of sales from laptops compared to its mice, keyboards, and audio sets.

But sales of those lower-margin portable personal computers has grown from 2 per cent of revenue in 2014 to a third of total turnover in 2019.

Software to the rescue

The slow erosion of margin could be a problem for Razer, if not for its rapidly-growing software and services platform which has attracted around 80 million registered users in 2019.

Eight out of 10 of those users are under the age of 35. This segment, which includes gaming software and payment services, has been growing faster than for peripherals.

Over the last four years, revenue has increased sevenfold from US$37 million to US$269 million.

This part of Razer’s business includes its Razer Fintech that provides virtual credits and payment-related services.

It is understandable why Razer would have liked to have built on its success in financial services through one of Singapore’s virtual banking licences. It could have opened a new business channel for the company.

Unfortunately, it was not successful with its application.

That said, Razer has not been deterred.

It intends to roll out Razer Youth Bank in other countries in the region where digital banking application processes are expected to commence soon.

It is also eyeing Europe, the Middle East, and Latin America where regulators are supportive of innovations to better serve the unbanked and underserved segments of the economy.

Razer has also joined forces with Tencent to collaborate on hardware, software, and services for the e-sport and general gaming user base.

They will work to produce more gaming content that makes better use of Razer’s existing range of peripherals and accessories.

This segment could be beneficial when cloud gaming becomes more popular – wherein a person plays a game remotely from a cloud as opposed to traditional gaming, in which the game runs locally on a user’s gaming console or personal device.

As with other games producers, Razer is upbeat on cloud gaming and believes it could be a “fourth vertical” for the company.

Currently, cloud gaming or gaming-as-a-service is still in its infancy primarily because of the delay between a user’s inputs and when it actually happens in the game.

In fast-paced video games, this latency could detract from a player’s enjoyment. But 5G could change all that.

According to Deloitte, cloud gaming could take a larger share of game delivery market with 5G unleashing the demand by bringing speed as good as cable or fibre. It found that four out of 10 youngsters said 5G would change how they use augmented and virtual reality.

That “fourth vertical” could be Razer’s path to bottom-line profitability, which has eluded the company since it was formed.

There is no urgency for Razer to be profitable though, given that it has more than US$500 million in cash.

But Razer is neither a start-up nor a company waiting to be listed, which would provide a payday for its early investors.

It is already a quoted company answerable to shareholders who will judge its performance on traditional metrics such as return on equity, return on capital and price to earnings ratio – all of which are based on its ability to generate consistent bottom-line profits.

A debt-free and profitable Razer could be a formidable player in a fast-growing industry that shows little sign of slowing down.

Admittedly, some tech firms have deprioritised profit in search of growth. But growth and profitability are not mutually exclusive. It is possible to achieve both.

What’s more, not every company can keep asking shareholders for more cash to fund unprofitable growth.