Glitter of Gold Hides Its Weakness 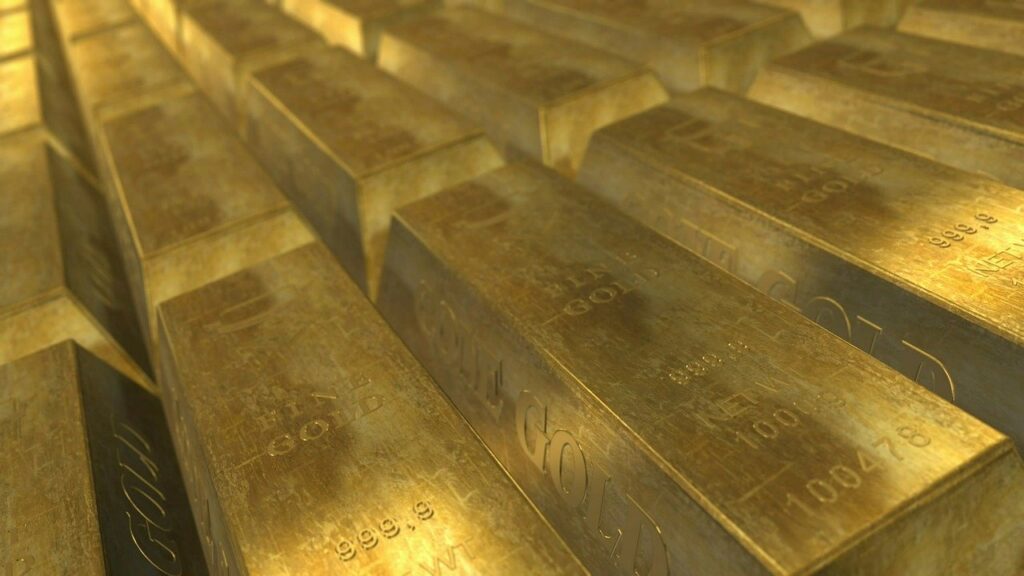 There is probably nothing that I could possibly say in a few hundred words that will change anyone’s mind about gold, especially if they are fans of the yellow metal. For them, the recent performance of the precious commodity is all that needs to be said about the noblest of the noble metals.

The price of gold has shot up from around US$500 an ounce in 2006 to over US$2,000 in recent days. There is even talk that it could go higher. For now, the four-fold increase in 14 years equates to an annualised return of 10 per cent. What could possibly beat that?

Well, the Nasdaq Composite Index could. The tech-heavy index has shot up from around 2,000 points in 2006 to around 11,000 points this month – an increase of five-and-a-half times. That works out at a 13 per cent increase per year.

Closer to home, rubber-gloves maker Top Glove Corporation Bhd (SGX: BVA) has gone from S$0.34 in 2006 to over S$9 a share in recent days. That is a 26-fold rise, which equates to an annualised increase of 26 per cent for 14 years. When re-invested dividends are included, the compound return is 30 per cent per year. Could latex be the new gold?

What about Microsoft (NASDAQ: MSFT)? Its shares have surged from US$29 to almost US$210. That is another seven-bagger whose 15 per cent annualised share-price appreciation has also outperformed gold. Apple (NASDAQ: AAPL) shares traded at around US$10 in 2006. Today they are over US$450 a pop. The 45-fold increase works out at an appreciation of 30 per cent a year.

But there is no denying that gold is alluring. The beautiful metal has intoxicated mankind for centuries. Its inert qualities make it perfect for jewellery. No one would dream of wearing, say, a pair of surgical gloves to a cocktail party. But a 22-carat gold choker necklace is sure to turn heads.

The problem for investors, though, is when we confuse the attraction of gold as an adornment with its qualities as an investment. Just because something is beautifully inert and limited in supply doesn’t necessarily mean that it is also a good investment.

In gold’s defence, it is sometimes said to be a useful hedge against inflation. An often-used rule of thumb is how an ounce of gold would have bought a gentleman a suit of fine clothes in the time of Henry VIII. That same ounce of gold would do the same now. But when we invest, we ideally want our investments to trounce inflation, not simply match it.

Gold is also said to be a hedge against uncertainty. However, the problem with a “financial teddy bear” is that it cannot prevent bad things from happening any more than a lump of plasticine sitting on our desks can prevent international conflict, civil unrest or even the dollar from falling. Gold might give us peace of mind. But the question is at what cost?

However, the big difference between the four main asset classes and a commodity such as gold, which, incidentally, is not an asset class, is that the latter does not reward you while you own it. With shares, you could receive dividends; bonds could deliver a yield; cash can still pay interest if you look hard enough, and with property you might receive rental income. But gold pays you nothing while you own it. Its value just goes up and down like a pogo stick.

There’s something else. Some investors like gold because it can be an asset diversifier. In other words, it doesn’t behave like shares. If anything, the price of gold could, but not always, move in the opposite direction to the stock market.

Consequently, a portfolio that has both shares and gold could be less risky than one that contains only shares. So, introducing some gold into a portfolio might provide more stability. But the question is how much gold should we hold?

Let’s not forget that the global stock market has historically returned around 5 per cent per annum before dividends. Since 2006, the MSCI World Index has risen from 1,259 points to 2,360 points. But if you are still aren’t convinced, consider this quip from Warren Buffett. He said gold gets dug out of the ground in Africa, China, Australia, or some other place. Then we melt it down, dig another hole, bury it again and pay people to stand around guarding it. It has no utility.

Still not convinced? Then consider this. If we take all the gold that has ever been mined, it will fill three-and-a-half Olympic-sized swimming pools. At the current market price, that would buy all 30 Dow Jones Industrial Average companies, and still leave you with change to buy all FTSE 100 companies, plus the 30 businesses that make up the Straits Times Index.

So, the question is whether we would prefer a lump of metal that does nothing, or 160 some of the best businesses in the world that would produce billions in dividends a year. Which is going to produce more value over the long term?