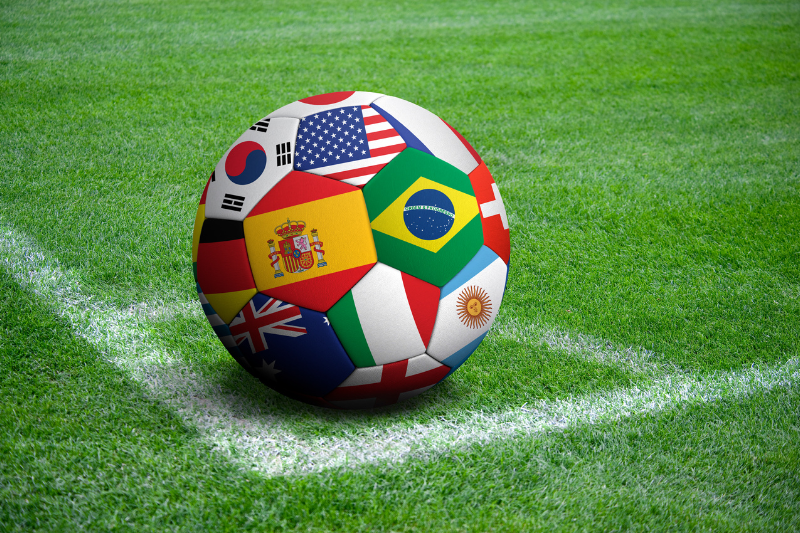 The 2022 World Cup kicked off on Sunday at midnight.

The tournament stands out as the most-watched sporting event on the planet and is expected to attract five billion viewers, according to FIFA.

This year’s competition is unusual as it is held in winter, rather than in the summer.

The major shift has triggered all sorts of changes within the footballing world.

Regular club football schedules, which typically begin in August, have been compressed to accommodate the event.

Qatar, the competition’s smallest-ever host country, has also opted to keep event activities compact, locating all teams at the same facilities throughout the tournament.

When it comes to adapting to challenges and different situations, there are parallels to be drawn between the football world and investing world.

Qualifying for the world’s biggest event

The major upset is a timely reminder that no team can qualify based on its past glory alone.

Likewise, no dividend stock should automatically pass through your investing filter based on its history alone, no matter how good it sounds on paper.

For instance, local telcos such as Singtel (SGX: Z74) and StarHub (SGX: CC3) used to be prized for their blue-chip status and steady dividend payouts.

Yet, the persistently high capital requirements, a necessity to keep a telco running, put a dent in their dividend track records.

Faced with the prospect of rising debt loads, something had to give.

Unfortunately, for income investors, it meant that dividend payouts had to be reduced.

Today, Singtel is paying out 46% fewer dividends compared to its peak while StarHub can only manage half of what it was paying out back in 2016.

Meanwhile, the latter was dropped from the Straits Times Index (SGX: ^STI) in 2018.

Compete as a team, not as individuals

The tight schedule prior to the World Cup has forced league football managers to change the way they manage their players.

With up to 38 matches to play for the full season, managers know that they cannot continuously rely on the brilliance of one or two players to get them results for every single game.

That’s why most elite football squads have at least 20 players who can be first-teamers.

Likewise, in an uncertain economic environment, you may not want to rely on the capability of one or two stocks to carry you through all the challenges.

At The Smart Dividend Portfolio, we choose to own a variety of businesses, ranging from banks, REITs, and semiconductors so that the portfolio’s performance will hold up against a variety of challenges.

As with the best football clubs, we demand to have elite stocks for our portfolio.

Be vigilant, not complacent

Then, there is the matter of choosing individual stocks.

In 1953, a rising Hungarian team, dubbed the Magical Magyars, stunned England at Wembley, handing the host its first-ever defeat on its home ground.

England, the originator of football, was left in shambles as the young upstart rang rings around its defence.

Similarly, as investors, we cannot be complacent.

Singapore Press Holdings (SPH), which was delisted this year, once ruled the roost in local advertising.

However, the emergence of Google and Facebook, both with better solutions, put an end to SPH’s dominance.

As a result, SPH had to restructure itself.

On the other hand, businesses such as DBS Group (SGX: D05), have been more vigilant against the potential threat of fintechs.

Singapore’s largest bank separated its traditional business from its emerging digital segment to target the most digitalisable part of its business: retail and small-medium businesses in Singapore and Hong Kong.

Already, it is seeing tangible results where a digital customer generates two times the income of a traditional customer.

At the Smart Dividend Portfolio, we cater to a range of stocks which can go on the defensive or on the offensive.

As with any good football team, we start with a good defence.

Similarly, the portfolio has a foundational layer of income stocks which are prized for their reliability.

These stocks may not excite like Argentine legend Lionel Messi but we can rely on these businesses to pay dividends year after year.

On top of that, we also have growth stocks that can set the pace like France’s Kylian Mbappe and accelerate dividend per share growth.

For a bit of flair, we also have a speculative segment for us to test new stock ideas.

Just as young talents such as the Netherland’s Cody Gakpo and Belgium’s Charles DeKetelare are looking to leave their mark on the game, we set aside a small portion of the portfolio for talented dividend stocks to mature.

The good news is, you can build your own portfolio too.