Get Smart: The End of the Iron Rice Bowl 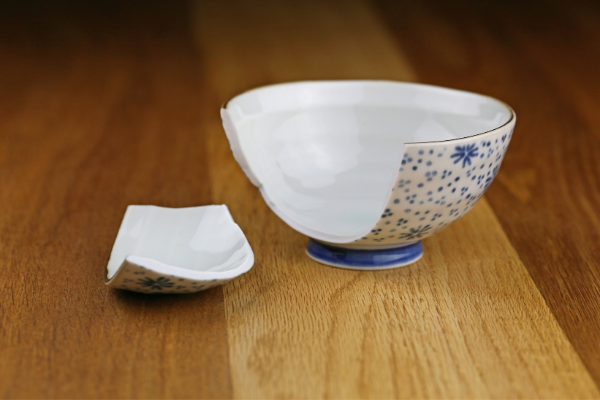 At first, it wasn’t obvious.

But it became clear the more I read the resumes in front of me.

Most Singaporean employees do not stay for more than a few years in the same company.

To be sure, it was not for the lack of trying.

There I was, sometime in 2008, sitting in for a series of interviews for my future boss.

As part of the exercise, I was granted access to resumes for six candidates, all in their mid-40s at that point in time.

At their age, each of them had around 20 years of working experience under their belt.

But despite the years of experience, one thing stuck out to me.

The instances where a candidate stayed for more than five years in the same company were few and far between.

And as I looked deeper, the reason behind the short work stints became obvious.

It may not have been the candidate’s choice to leave.

You see, the 10 years between 1997 and 2007 were a particularly tough stretch for businesses and employees.

In 1997, the Asian Financial Crisis struck.

Singapore was not impacted directly but suffered from the spill-over economic slowdown in the Southeast Asian region. Our nation fell into recession in the second half of the following year.

And that was not the end of the crises.

Just as economies started picking up, the dot-com bubble burst at the turn of the century.

Technology stocks, which had been bid up to stratospheric levels in the two years leading up to 2000, suffered significant declines over the next two years.

Demand for semiconductors plunged by almost a third in 2001 compared to the year before.

Followed by the outbreak of SARS in 2003.

It was just a crisis after crisis.

Given the sequence of economic events, there were few industries that were left untouched by the economic calamities through this decade-long stretch.

That’s the high-level picture that I saw.

On a personal level, I could see why there were plenty of short working tenures in every employee’s resume.

In the distant past, a select group of jobs were referred to as “iron rice bowls” as they are as safe as they can come.

But the instances where you can find iron rice bowl jobs today are scarce.

When a crisis strikes, businesses come under pressure, and some may be forced to shed some employees from their payroll.

The pandemic provides a telling indication.

According to Singapore’s Ministry of Manpower (MOM), overall employment fell by over 172,000 for 2020.

Among the worst-hit are the aviation, hospitality and retail industries.

Given the grim statistics, it’s no wonder that more workers have been turning to freelance jobs and other sources of secondary income.

The rise of side income

The hunger for side hustles and entrepreneurship is most evident among younger adults.

A recent survey by Randstad indicated that a little more than half of the workers aged between 25 and 34 years old are keen to start their own business.

A side hustle is not the only way you can earn additional income.

Some may prefer to purchase property to earn rental income.

Talented writers or singers may pursue a career in writing a book or song to earn royalties from their efforts.

As investors, we would be remiss if we didn’t mention dividend stocks that can provide passive income.

And there is more than one way to go about it.

Instead of putting a large sum of money into a property, you can own REITs instead.

Or instead of shopping at your local Sheng Siong (SGX: OV8) supermarket, you can buy their shares and get them to pay you a dividend.

And instead of spending money at your local mall, consider owning a retail REIT that can pay you a dividend.

The stock choices are plenty.