Get Smart: Are Fixed Deposits Worth Your Time?

Isn’t it strange how things can change so much within just one year? 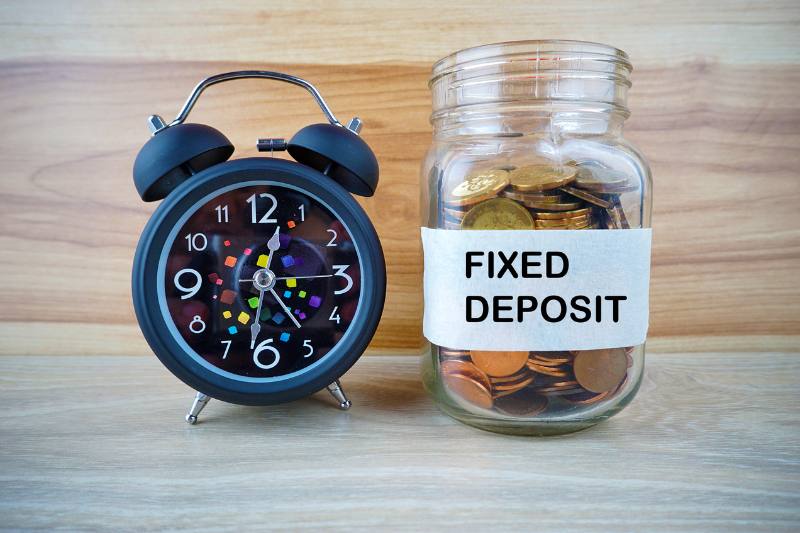 Wall Street has a fondness for acronyms.

You may have heard some of them.

There’s FOMO (fear of missing out) which was borne out of enthusiasm for meme stocks and the colourful but risky HODL (hold on for dear life) a typo which morphed into a rallying call for cryptocurrencies.

Then, earlier this year, there was yet another acronym – TINA or “there is no alternative” which was in vogue.

TINA, in a nutshell, represents the lack of choice on where you can park your money.

The underlying implication was that stocks, which were then flirting with all-time highs, were the only viable option compared to the rest of the investment options..

In the background, bank deposit rates were dismally low.

A rush of blood to the head

Since then, the situation has dramatically changed.

Rather than TINA, I would coin the new term “TATMA”, or “there are too many alternatives”.

TATMA has resulted in a veritable headache as there are now too many places to park your money.

With the US Federal Reserve hiking its benchmark rates, there has been a surge in interest on everything from bank interest rates to government bonds.

Furthermore, the Federal Funds rateis expected to rise by another 0.75% by the end of this month, up from its current range of 2.25% to 2.5%.

The effect of higher interest rates has been dramatic.

Fixed deposit rates have also risen, with UOB offering an attractive rate of 2.6% on its one-year Singapore dollar fixed deposit.

Meanwhile, Singapore Savings Bonds (SSB) rates have also climbed, with an average return of 2.75% over 10 years for the latest bond.

In short, it’s become a buffet for depositors with numerous options vying for your attention and your excess cash.

The most important buffet item of all

If you have been to a buffet before, you’ll know that it can be hard to choose what goes on your plate first.

As a general rule, as the list of choices expands, our minds fall prey to what is known as “decision paralysis”.

The same problem crops up when it comes to allocating our money.

What we want is to get the best bang for our buck, but what we see today may not always be enough.

While SSBs and bank deposit rates may sound attractive in the near term, they all have one problem in common – they are unlikely to beat the long-term inflation rate.

This brings us to the most important buffet item of all, one that you should never miss out on when considering where to park your spare cash.

Yes, I am talking about shares.

A study by consulting firm McKinsey has shown that since around 1800, stocks have consistently produced a total return of between 6.5% to 7% returns per year after inflation.

The total return comprises capital gains plus dividends received, and shares are the best method to ensure you beat inflation convincingly over years and even decades.

Get Smart: The most important thing

The chairman of Oaktree Capital Management, Howard Marks, distilled his investment philosophy in his seminal book titled “The Most Important Thing”.

You should take a cue from Marks and do the same for your investments, too.

The most important thing, in my mind, is to park my money in stocks as they can deliver the best long-term returns to grow my wealth.

While the surge in interest rates for banks may generate healthy interest among savers (no pun intended), it’s important to remember that historically, bank deposits have lagged behind inflation and should continue to do so for the foreseeable future.

By allocating some money to well-managed REITs such as Mapletree Industrial Trust (SGX: ME8U) or growth stocks such as Apple (NASDAQ: AAPL), you stand a much better chance of retiring happily.

When faced with TATMA, consider looking beyond the obvious and choose stocks instead for the long-term growth of your retirement funds.