DBS is Cutting Office Space: Are Commercial REITs at Risk? 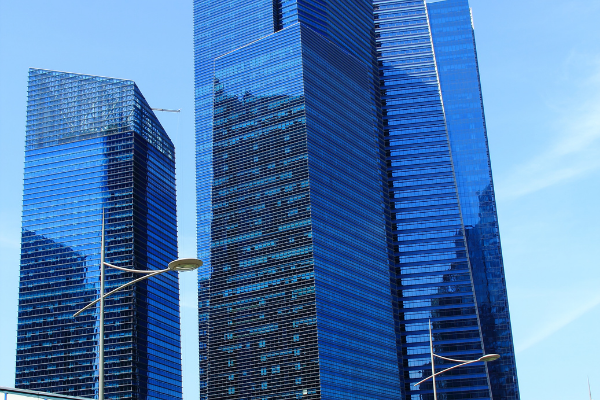 The financial industry is rethinking their use of office space.

Other global banks such as BNP Paribas (EPA: BNP) and Standard Chartered Bank (LON: STAN) have also given up floors in their Hong Kong headquarters.

That could spell trouble for commercial REIT owners.

Unitholders of commercial REITs may be feeling jittery with more questions than answers.

Will leasing demand still hold up?

And can commercial REITs continue to maintain high occupancy rates?

During the acute phase of the pandemic, Singapore announced its harsh “circuit breaker” measures from April to June last year.

Businesses could either telecommute or were forced to shut for around eight weeks.

But as the situation improved and Singapore transitioned to Phase III of its reopening, workplace rules were also relaxed.

From 5 April this year, up to 75% of employees can be physically present in the workplace, up from 50%.

Working from home will also cease to be the default mode.

However, a survey done by the Straits Times late last year found that 80% of workers preferred flexible work arrangements.

As a result, many businesses may transition to a hybrid work model where employees are allowed to rotate between reporting to the office and working from home.

Other companies, such as music streaming company Spotify (NYSE: SPOT), have even gone so far as to allow its employees to “work from anywhere”.

Although it may seem that many banks are scaling down their physical presence, the converse is true for the technology giants.

Alphabet (NASDAQ: GOOGL), which owns the Google search engine, plans to lease another 70,000 square feet of space close to its London headquarters despite telling employees that they can work from home until July this year.

And in an even bolder affirmation that physical space is still needed, social media giant Facebook (NASDAQ: FB) secured a massive 730,000 square feet of space in Manhattan.

These additions seem to point to the continued need for physical space even though these technology companies are promoting telecommuting.

The need for face-to-face interaction

Minister Lawrence Wong has pointed out that a “100% work from home model is not doable”.

Remember that companies emphasize real-life interactions for a variety of reasons.

For one, training new staff is much easier and more effective in person than through video-conferencing.

For collaborative work tasks, having the team physically present and working together also promotes camaraderie and fosters better working relations.

Problem-solving is also more effective when colleagues can reach out to one another in an office setting, as telecommuting means you may not know if a colleague is either available or occupied.

Finally, an office environment also helps employees to focus on completing tasks at hand without distractions they may encounter when working from home.

Get Smart: A new normal

The conclusion is that commercial REITs may face some pressure from tenants who may wish to downsize their physical presence.

To gain some perspective on this issue, let’s take a look at what some commercial REITs have reported.

Manulife US REIT (SGX: BTOU), which owns nine trophy office properties in the US, reports that around 70% of bosses expect employees to work from home just three days a week to “maintain company culture”.

Only a small percentage (5%) did not need employees to be physically present in the office.

The jury is still out for now as to the space requirements needed by multinational corporations.

Unitholders of commercial REITs need to keep a close watch on new leases signed and vacancy rates to monitor if the downsizing of office space may pressure revenue, and in turn, distribution per unit.