DBS and UOB Share Prices are Hitting New Highs: Can Their Run Continue?

The local banks are flying high at the start of the year. Can they sustain this bull run? 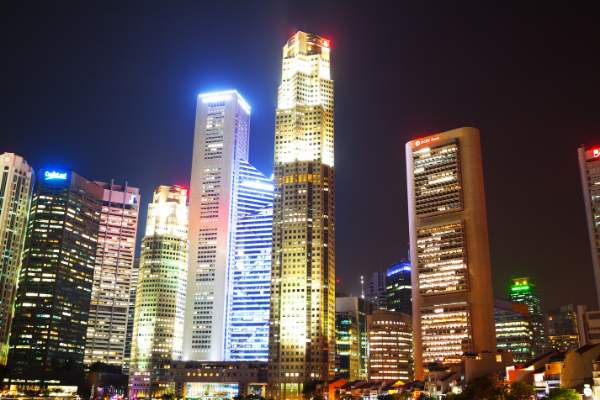 2022 may have just begun, but we are already witnessing a mini bull-run of sorts.

Singapore’s blue-chip banks have been heading higher since the beginning of the year, propelled by optimism that they will ride the economic recovery.

The rise in the share price of this trio of banks has lifted the Straits Times Index (SGX: ^STI) by 3.3% despite news on the spread of the Omicron variant.

All three banks are set to release their fiscal 2021 (FY2021) earnings by early February.

Can the banks continue their run and what should investors watch out for?

One strong catalyst for the banks is the prospect of rising interest rates.

Inflation is showing no signs of abating, with the US logging an inflation rate of 6.2% in October 2021, the highest in more than three decades.

Similarly, Singapore is also facing higher prices, with core inflation at 1.6% for November. Overall inflation (which includes the prices of transportation and property) hit 3.8% in the same month.

The US Federal Reserve is poised to hike rates as soon as March, which will be its first increase in three years.

Banks generally thrive in a rising interest rate environment as they can then lend out money at higher rates.

The second important aspect of a bank is the growth of its loan book.

Net interest income is made up of gross loans multiplied by the net interest margin.

Hence, the rise in net interest margin forms only one part of the equation.

If loan growth is positive and healthy, it will act as a further boost to net interest income along with a rise in interest rates.

And the banks have already performed decently on this front even before 2022 came rolling by.

As the economic recovery gathers steam, companies will want to borrow to expand as demand rises for their goods and services.

All three banks should witness continued healthy growth in their loan books for 2022 as more businesses see a rebound in their fortunes.

And on this note, the banks have also not disappointed.

Underlying this demand, a global wealth report by Credit Suisse has estimated that the number of millionaires in Singapore will jump by nearly 62% to hit 437,000 from the current 270,000.

Singapore has also gained prominence as a preferred base for family offices after seeing the number here double to 400 last year.

With this influx of wealth, banks should continue to see their wealth management AUM rise.

Fees from managing this wealth should also increase in tandem.

Get Smart: Brighter days ahead

From the above, it seems that the rise in banks’ share prices was justified.

Not only are interest rates poised to rise, benefitting banks’ net interest income, but fee income should also continue its climb as more wealth pours into the region.

And with a healthier economy, banks should also make more loans to grow their loan book further.

Investors should feel assured that DBS, UOB and OCBC can continue to report strong results as the year rolls on.

We’re opening up spaces for our upcoming webinar “Asia’s Healthcare Moment!” Top stocks, predictions, strategies…our team is not holding back. We’ll be sharing everything we know about the lucrative Asian healthcare market. Registration is free. Click here to register a seat!