COVID-19 Has Forced the Big Boys of Singapore Business to Restructure. Who’s Next?

The corporate restructurings at Sembcorp Industries, Keppel Corp, CapitaLand, and SPH may only be the beginning as the healthy financial positions of Singapore’s conglomerates indicate many more are in the position to transform. 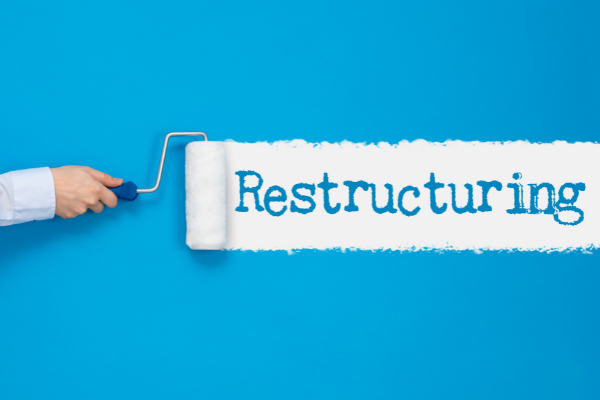 It seems that Sembcorp Industries (SGX: U96) could have hit upon something last year when it announced the sale of Sembcorp Marine (SGX: S51) to effectively create two entirely separate entities that will focus on energy and marine.

It may well be that the writing has been on the wall for these four companies for a while now as far as restructuring goes.

But where there may have been some latent hesitation to carve out traditional core business units, COVID-19 has thrown any emotional considerations out of the window and applied a lubricant of urgency to facilitate such splits.

There is a common factor with the four listed corporations, namely, their returns on equity (RoE) to shareholders have either been on the decline or noticeably weak.

According to the DuPont model, there are three ways to boost a low RoE, which is often used by investors to gauge a company’s productivity.

COVID-19 has reminded many businesses that they cannot always assume that profits can be increased simply by increasing sales or raising prices, especially if they don’t have adequate pricing power.

Borrowing could be risky if inflationary pressures result in higher rates of interest later on.

So, that leaves reducing assets as a final option. It can be unpalatable but arguably a necessary choice if a company wants to recapture its glory days of high returns on equity.

That ship has sailed

In the case of Sembcorp Industries and Keppel Corp, the conditions for restructuring were already present – driven by changing consumer attitudes towards fossil fuel, the fluctuations in oil price and the rise of Chinese rig-builders which could offer more preferential credit terms due to the large amounts of liquidity they had access to from Chinese state lenders.

However, COVID-19 accelerated this need for restructuring, as the pandemic adversely impacted the shipbuilding businesses of both groups. It not only reduced the demand for oil and gas exploration but also disrupted the supply of migrant workers who were crucial to their yard operations.

To remain competitive, Keppel had to look for new markets. That is why in January, it said that its Keppel Offshore and Marine (O&M) unit would exit the rig-building business.

The exit would allow the unit to become leaner and better able to focus on other areas such as clean energy, renewables, and gas solutions – all of which are less labour-intensive businesses compared to offshore and marine.

Keppel Corp added that it was exploring inorganic options for the O&M business, which is a euphemism for a merger, acquisition or disposal. Keppel Corp, meanwhile, would focus on property development, telecommunications and asset management.

As for Sembcorp, already in May 2020, it had reported the negative impact of the pandemic on its traditionally profitable energy and urban business units, in addition to the loss-making marine segment.

In a media release then, the group acknowledged that “the impact of COVID-19 and the reduction in economic activity as a result of lockdowns in multiple markets has since led to a decrease in energy demand and prices” and, consequently, “the underlying performance of the Energy business in 2020 is expected to be markedly lower than 2019”.

No wonder then, a month later, it announced selling off its marine business, which, in March, reported three consecutive years of losses.

Shorn of its loss-making marine investment Sembcorp Industries should not only be more profitable, but it could be better positioned to capitalise on growing demand for energy generation and urban development.

That was the rationale behind the split. Its shares might even be more appealing to investors, which could in turn raise its valuation.

In fact, its valuation has already increased from an average of around 6.5 times earnings over the past decade to 7.7 times earnings more recently. Investors, it would appear, are prepared to now pay more for every dollar of profit that Sembcorp Industries makes.

For CapitaLand, it was a realisation that investors favour asset-light real estate businesses with more predictable earnings over developers that are prone to the ups and downs of the property cycle.

This realisation was heightened during the pandemic as the group took a big hit to its residential, retail and lodging business segments.

Due to lockdowns in Singapore, China and other markets, the group’s “residential sales offices were forced to close, non-essential retail trades were unable to operate, and the occupancy of its lodging assets fell due to travel restrictions”, it reported last year, as its first half net profit for 2020 fell by 89 per cent or nearly S$780 million.

The losses from its property management business impacted its core property development work too.

That is why in March the property conglomerate CapitaLand put forward a proposal to go asset-light by privatising its real estate business. It will also spin off its investment management arm into a separately-listed company.

CLA Real Estate, which will own CapitaLand, will focus on property development, while stock-market listed CapitaLand Investment Management (CLIM) will adopt an asset-light model that should be able to earn more dependable, recurring income from its property investments.

Similarly, SPH had to see its property business – retail malls and student accommodation – take a big hit last year due to COVID-19.

For the financial year ended August 2020, the group suffered non-cash fair value losses of S$232 million as the valuation of its retail malls fell by S$196.5 million and that of its student accommodation assets by S$31.9 million.

Fortunately, for SPH, these losses were mitigated by income from government schemes, including the Jobs Support Scheme (JSS), to sustain the company.

Media has been the lifeblood of SPH. But its media division has, nevertheless, been a noticeable drag on the group’s performance for nearly a decade. In 2011, the division reported a healthy income of S$388 million on revenue of S$1.25 billion.

Five years later, profit had shrunk by half to S$175 million on sales that had fallen to S$834 million. In 2020, COVID-19 also saw a 31.4 per cent declining in advertising revenue causing SPH Media to report a loss of S$11.4 million, while revenue had dropped further to S$445 million.

This was despite SPH already laying off 140 staff last year from its media division. As the pandemic weakened companies’ financial positions and digital marketing became more ubiquitous, SPH’s advertising revenue was likely to be worse hit going forward.

The company had already been depending on its rising property business to bankroll its declining media division. Even if SPH investors were to accept the continued financing of a loss-making media unit, the question is if the less valuable property business could afford to do so.

With retail and demand for student accommodation affected by the pandemic, and with the JSS and other schemes running out, SPH’s property business would only suffer worse losses.

Clearly, this equation was no longer viable.

No wonder on May 6, SPH said it will hive off its media arm into a not-for-profit entity that will operate as a company limited by guarantee. The remaining listed business will focus on property, student accommodation and nursing homes.

These companies may not be the last local listed groups we hear of restructuring. Certainly, Singtel (SGX: Z74) has already announced a strategic review of two US-based businesses – including a digital marketing agency which has been badly impacted by COVID-19.

Another sector that looks ripe for restructuring is the taxi business.

It has already been disrupted by the entry of ride-hailing platforms that are, by comparison, asset-light and operate with more flexibility. But COVID-19 has seen the transport industry badly hit as lockdowns lead to lower passenger volumes.

Over the last decade, cab company ComfortDelGro (SGX: C52) has reported around S$75 of revenue on every S$100 of asset employed in the business.

While the company has still delivered a high return on shareholder equity, this has largely been through a high profit margin, rather than an efficient use of assets.

An argument can be made for reducing its total assets, and cutting its margins, but still deliver an acceptable return on equity for shareholders.

Can’t decide between growth or income? Now, you can enjoy the best of both worlds with our newest FREE report, 8 Singapore Stocks for Your Retirement Portfolio. You’ll discover 8 SGX stocks we believe can offer you strong capital growth and juicy dividend payouts. Click here to download the report. Follow us on Facebook and Telegram for the latest investing news and analyses!