The property giant reports a record net profit for 1H2022 and sees further recovery on its way. 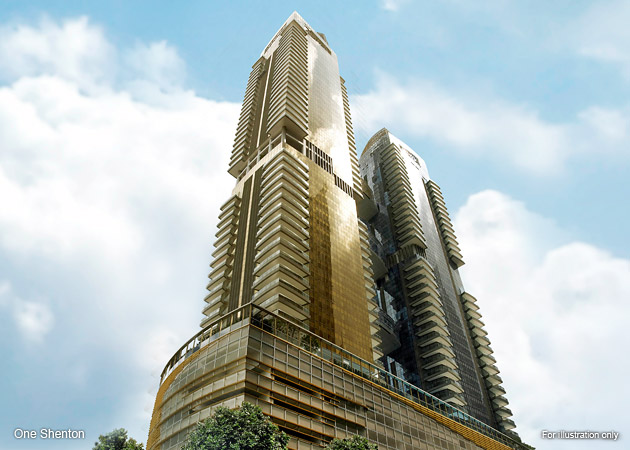 It’s been a stunning turn of fortunes for City Developments Limited (SGX: C09) or CDL.

It wasn’t too long ago when the blue-chip property giant reported a S$1.9 billion loss for 2020 due to a massive impairment of its stake in Sincere Property Group, its Chinese joint venture.

Fast forward to today, and the property group has reported its highest net profit since its formation in 1963 for its fiscal 2022’s first half (1H2022).

CDL enjoyed a strong recovery in its hotel operations while selling more than 700 residential units in Singapore, generating a sum of S$1.6 billion.

Here are several highlights from the group’s latest earnings.

The recovery in CDL’s hotel operations segment that accounted for the bulk of the revenue rise in 1H2022.

Net profit clocked in at S$1.1 billion principally because of the divestment gains from the sale of Millennium Hilton Seoul and the gain arising from the deconsolidation of CDL Hospitality Trusts (SGX: J85), or CDLHT.

Back in May 2022, CDL had declared and paid out a distribution in specie of CDLHT units to eligible unitholders, thereby diluting its stake from 38.89% to 27.21%.

A gain of S$526.2 million was recorded for the hotel divestment while the gain on deconsolidation of CDLHT units came up to S$492.4 million.

If we strip these two exceptional items out, CDL’s core net profit would have been S$110.3 million.

2. A strong rebound in hotel operations

The hotel operations division has seen a massive improvement with the reopening of borders and resumption of air travel.

If the gains from the sale of the hotel and that of CDLHT are removed, the division eked out a small net profit of S$15 million for 1H2022.

Room occupancy jumped by 15.9 percentage points to 58.5%, led by higher occupancies in the US and Europe as vaccination rates increased and travel restrictions were relaxed.

CDL has a healthy pipeline of upcoming Singapore property launches that will allow the group to recognise more development revenue in the future.

Its launch pipeline comprises over 2,000 units including Copen Grand which will be launched in the fourth quarter of this year.

Other upcoming launches include Newport Residences and Jalan Tembusu which are slated to be completed by the first half of 2023.

As a whole, for its Singapore property development segment, sales value at S$1.6 billion for 1H2022 was comparable to last year’s S$1.7 billion even though the number of units sold declined by 27% year on year.

Group CEO Sherman Kwek has reiterated that the group will continue to refine its GET strategy (growth, enhancement and transformation) to push for growth and extract more value for shareholders.

CDL has ongoing asset enhancement initiatives (AEIs) such as the redevelopment of the former Fuji Xerox Towers into a 45-storey mixed-use integrated development.

The idea is to realise a gross floor area uplift from various incentive schemes to unlock value for investors.

Completed AEIs in 1H2022 include those for Palais Renaissance and King’s Centre in Singapore, where post-AEI committed occupancy has hit 99% for the former and more than 90% for the latter.

Asset repositioning is also ongoing for the M Social Brand with targeted openings in 2023 and 2024 for the Phuket, Suzhou and New York locations.

Given the good results, CDL has quadrupled its interim dividend to S$0.12 from S$0.03 a year ago.

Together with last year’s final dividend of S$0.12, the trailing 12-month dividend stands at S$0.24, giving CDL’s shares a trailing dividend yield of 2.8%.