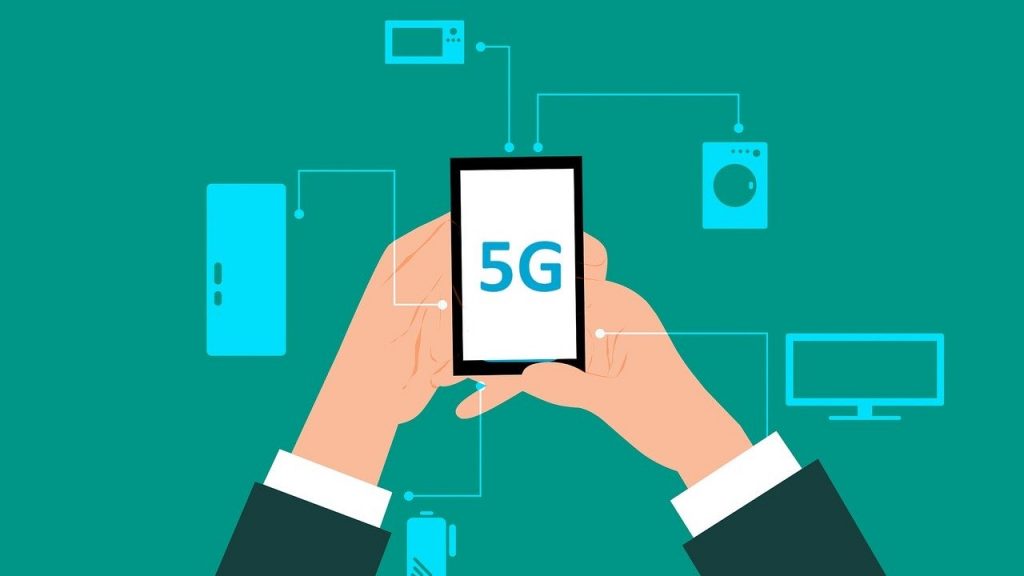 A new technological wave is emerging in the telecommunications (telco) sector.

Its roots originate from the fourth-generation (4G) networks that have all but seeped into every aspect of our lives.

Yes, we are talking about next-generation, or 5G networks.

5G represents a leap above what 4G has to offer, and promises to be smarter, faster and more efficient.

Mobile data speeds are touted to be able to hit up to 100 gigabits per second, around a hundred times faster than current 4G speeds.

With the proliferation of smartphones, tablets and other “smart” devices, 5G promises a bright future in terms of connectivity.

5G networks have significantly lower latency as compared to 4G ones.

Note: latency measures the time taken from the moment information is sent until it is used by the receiver.

With reduced latency, devices can then “speak” to one another seamlessly and without lag.

This advancement can also lead to the development of “smart” buildings and self-driving cars.

Recall that the Infocomm Media Development Authority (IMDA) had, in April, issued licences to two parties to operate standalone 5G networks across Singapore.

One of the two was Singtel (SGX: Z74), while the other was a joint venture between StarHub Ltd (SGX: CC3) and M1.

In mid-August, StarHub was the first in Singapore to offer subscribers access to 5G speeds under a six-month trial.

However, the telco will ride on existing 4G networks to deploy 5G non-standalone networks to enable customers to enjoy some 5G benefits.

This early access is free of charge and will lead up to the full commercial launch of 5G standalone networks in 2021.

5G signals started by covering up to 53% of Singapore’s populated areas, but this will be expanded to 70% by September.

On 1 September, Singtel became the second telco to launch 5G services for the first 20,000 customers in a three-month trial.

For both telcos, the increased speeds offered are around 10 times faster than existing 4G networks.

The promise of a new day

Both telcos have grand plans for 5G.

Singtel plans to roll out a standalone 5G network providing coverage to half of Singapore by end-2022 and will extend this to nationwide coverage by 2025.

The telco has not disclosed how much it will spend over the next few years on 5G infrastructure and equipment, and CEO Chua Sock Koong said that the group is “not in a position to speculate” on how much it will cost.

The reason is because IMDA has yet to determine specific network and market requirements for the 5G services.

StarHub has disclosed that its initial investment is estimated to be around S$200 million over five years, and will include the new 5G core network, network security and relevant spectrum costs.

Will 5G result in better earnings?

Singtel has touted the benefits of 5G even as it rolls out the network across its subsidiaries and associates.

Optus, its Australian subsidiary, has already expanded 5G coverage to over 800 fixed wireless sites in Australia.

While customers will surely enjoy the benefits of lower latency and significantly faster download and streaming speeds, the benefits for telcos are less clear.

For one, the magnitude of the final capital spend for each telco remains a question mark.

The final number could be larger than anticipated and place a significant strain on each telco’s finances.

Another point brought up by Singtel under its “risks” section is that the use cases and revenue opportunities for 5G remain unknown at this point.

As such, telcos are in the dark as to how much they can charge for 5G services, or whether they can recoup their initial investment in a timely manner.

Get Smart: Weighing the pros and cons

In summary, investors should cheer the announcement of 5G deployment and rollout.

The telcos have committed to spending on upgrading current 4G networks to deliver faster speeds and enhanced connectivity to its customers.

With trials already underway, customers can get a taste of what is to come in future years as standalone 5G networks are constructed and deployed.

However, it’s necessary to monitor 5G developments to understand the financial impact of each telco.

The future of each telco’s revenue model hinges on how well they can monetise their 5G offerings.

For now, it looks like each telco will need to incur heavy expenditure before they can reap future rewards.

Riding the wave is exhilarating, but you need to make sure you don’t stumble and fall off.