The integrated resort operator could see better days ahead as economies open up. 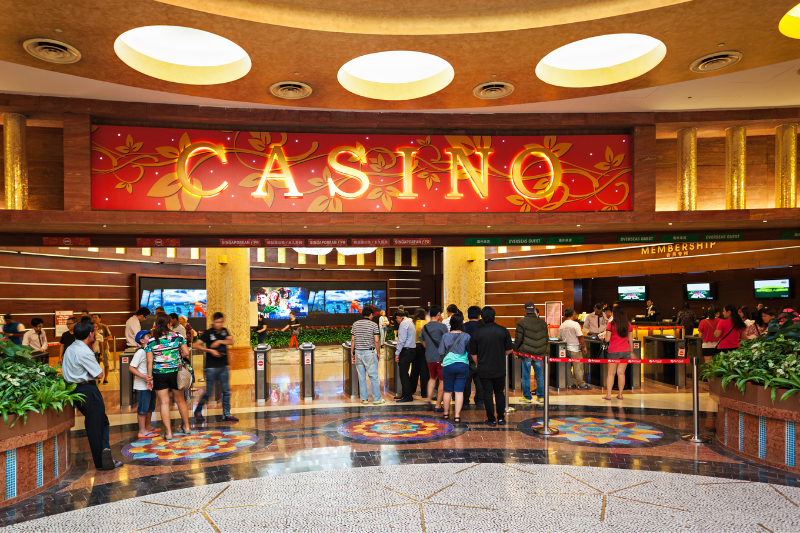 It’s a breath of fresh air to be able to enjoy air travel again.

With borders reopening and economies spluttering to life, tourism and travel are once again regaining some modicum of normalcy.

Another beneficiary of the surge in tourism is Genting Singapore Limited (SGX: G13).

The owner and operator of Resorts World Sentosa (RWS) integrated resort (IR) had seen its earnings adversely affected by the pandemic.

As borders gradually reopened and tourists trickled in, Genting Singapore has also seen an uplift in its fortunes.

Can the casino operator continue to raise its dividends? Let’s find out.

A final dividend of S$0.01 per share was declared and paid, similar to the prior year.

The increase was led by a 40.4% year on year surge in hotel room revenue to S$63.6 million as tourist numbers jumped, while attractions revenue more than doubled year on year to S$69.7 million as COVID-related restrictions were eased further.

Along with an impairment loss of S$23.3 million recognised in 1H2022, the IR operator saw its operating profit dip 9% year on year while net profit slid 4% year on year to S$84.4 million.

Despite the weaker net profit, the group generated a free cash flow of S$123.9 million for 1H2022.

An interim dividend of S$0.01 was declared, bringing the trailing 12-month dividend to S$0.02 per share.

There was no interim dividend paid a year ago.

The increase in dividends points to confidence on the management’s part about the group’s future as more people visit its attractions, casino, and hotels.

SIA reported that passenger numbers for the third quarter of 2022 (3Q2022) have surpassed the two million mark each month as more people open their wallets for vacations.

Amid the rise in arrivals and departures, Terminal Two also reopened in mid-October as Changi Airport ramps up its passenger handling capacity in tandem with the strong recovery momentum.

The fourth quarter should see improved passenger flow and sustained tourist numbers as most countries have reopened fully and people are yearning for a long-awaited holiday.

Genting Singapore is not standing still.

Construction works have started on its multi-year “RWS 2.0” project to refresh and revamp various attractions at the IR.

The Meetings, Incentives, Conventions and Exhibitions (MICE) space and hotels will be upgraded to align with Singapore’s goal to become a global Asian hub.

Festive Hotel will become a “bleisure” hotel that will attract business leisure and work-vacation travellers with co-working spaces and lifestyle offerings.

A new oceanarium will also be constructed that is three times larger than the existing S.E.A Aquarium and is targeted to open by the fourth quarter of 2024.

As for its Universal Studios Singapore (USS) theme park, a new Minion Land attraction will open by end-2024.

These initiatives should help to keep the IR vibrant and continue to attract a healthy mix of locals and tourists to use its facilities.

Get Smart: More dividends will flow in

Should net profit and free cash flow gradually improve back to those levels, investors should see the group increase its dividends in line with its improved results.