Can ComfortDelGro See a Turnaround with Phase III Arriving? 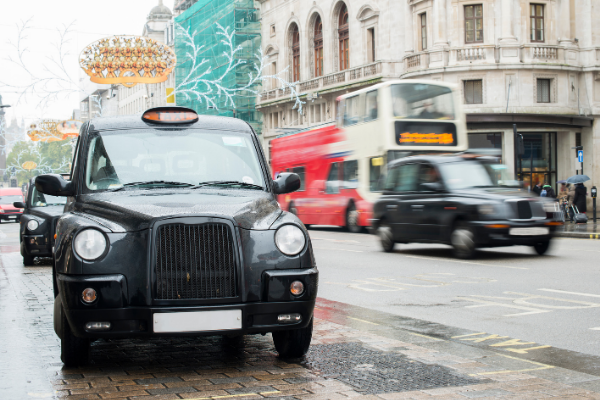 It would be an understatement to say that ComfortDelGro Corporation Ltd (SGX: C52), or CDG, has endured some of the toughest months in its life this year.

The COVID-19 pandemic has led to the Singapore government imposing a “circuit breaker” period from April to June where malls were told to shut and people were restricted from gathering and visiting others.

Only essential services were allowed to operate without interruptions.

These tough measures have hit transport companies, such as CDG, hard as fewer people are up and about taking taxis, trains and buses.

More companies have also implemented telecommuting and allowing for flexibility in working from home even as the pandemic eases somewhat.

These new arrangements may continue to depress demand for public transport services in various countries.

With all that’s been going on, can CDG start to witness a nascent turnaround?

No comfort for ComfortDelGro

CDG is a land transport conglomerate that offers a range of public transportation and other services in various countries such as Singapore, China, Vietnam, Australia and the UK.

With its many divisions splayed across several territories, observing CDG’s results can provide investors with a window to understand how transportation as a whole is faring.

Operating profit plunged by nearly 60% year on year to S$44 million, marred by an impairment charge of S$17.5 million for the group’s UK taxi and regional coach business.

As a result, net profit attributable to shareholders saw a 69% year on year decline to S$21.7 million.

It could have been much worse for CDG had it not received COVID-19 government reliefs of S$44.2 million during the quarter. The operating loss would have been S$0.2 million.

Shareholders can take comfort, however, in the fact that CDG’s operating loss has narrowed significantly from the S$131.6 million incurred during the second quarter before government reliefs.

This number alone points to a significant uplift in business activity, albeit not back at pre-pandemic levels yet.

The quest for normalcy carries on for CDG as its business commentary tells of continued challenges faced by the business.

Although Singapore has largely been spared the worst of the pandemic, for now, ridership for rail, bus and taxi have only recovered to 55%, 70% and 80% of pre-COVID levels.

Probably the most telling statistic of all is the rail and bus numbers.

In an operational update provided by CDG’s subsidiary, SBS Transit Ltd (SGX: S61), ridership on the downtown and north-east MRT lines were still down 47% and 40%, respectively, from pre-COVID levels as at end-September.

As it stands, these numbers suggest that telecommuting and flexible work arrangements may have imposed structural changes to travel patterns and that ridership may never return to pre-COVID levels anytime soon, or ever.

Furthermore, the public transport council has also halted any upward fare adjustments in light of the crisis, throwing yet another spanner into CDG’s recovery plans.

Phase III may be arriving soon but there may not be any significant difference in travel patterns as compared to the current Phase II.

The situation in some of CDG’s other operating regions is not so sanguine, though.

Australia has seen a spike in new cases and the city of Melbourne has only lifted restrictions in late October.

Some cancellation of night services has been reported, along with the slow business for its bus chartering service.

The UK is probably the worst-hit of all CDG’s territories, with a nationwide lockdown announced that runs from 5 November to 2 December.

The group’s taxi, coach and charter businesses are expected to be badly hit.

The UK made up 22.4% of the group’s total revenue in the third-quarter but reported an operating loss of S$18.3 million (inclusive of impairments of S$17.5 million).

Fortunately, more than half of CDG’s revenue still comes from Singapore.

Still, the continued presence of the virus casts a long shadow over CDG as it navigates treacherous terrain to enjoy a semblance of its former glory.

Get Smart: A faint glow set to get brighter

Though all may seem bleak now, there’s a faint glow in an otherwise dark tunnel.

With both Pfizer (NYSE: PFE) and Moderna (NASDAQ: MRNA) announcing promising efficacy rates of 95% and 94.5% respectively for their COVID-19 vaccines, the world can start to rejoice.

Both vaccines are being fast-tracked by the US government and could be distributed within weeks.

Should the vaccines be successfully deployed and more of the world’s population is effectively inoculated, this could spell a swift recovery for badly-affected regions.

And it would be music to transport companies’ ears when people resume their normal travel habits once again.