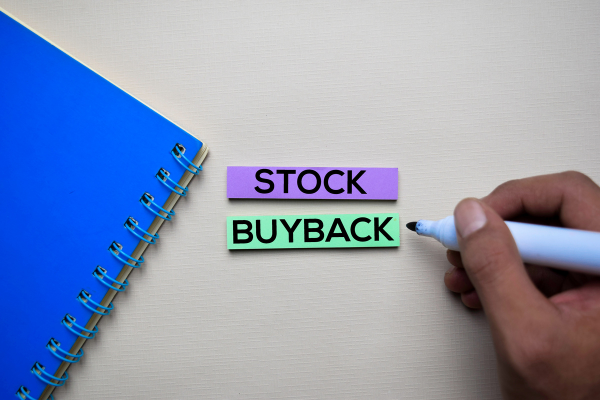 Investors use a variety of ways to determine whether a stock that they wish to buy is overvalued or undervalued.

A common one is to look at a valuation metric such as the price-to-earnings (P/E) ratio or price-to-book-value (P/B) ratio.

If a company’s shares trade at a lower P/E or P/B ratio than the average of the last five or 10 years, a case may be made that the shares could be undervalued.

Another method used by investors is to observe if a company conducts share buybacks.

Share buybacks have frequently been touted as an effective use of cash to enhance shareholder returns.

Many companies also use share buybacks as an alternative to paying out dividends.

One company that had recently been conducting share buybacks is Top Glove Corporation Berhad (SGX: BVA).

Between 10 February and 22 February this year, the group repurchased a total of almost 23.8 million shares at prices ranging from RM 5.78 to RM 6.15.

In total, the company spent around RM 141.8 million (around S$46 million) on this buyback exercise.

The question is, given the buyback activity, do these purchases signal that the company’s stock is undervalued?

When a company has cash in excess of what it needs to run its operations, it has the choice of reinvesting the money.

Firstly, it can choose to reinvest in its existing business for growth and expansion.

Or, the company can choose to acquire other businesses to expand its operations or to penetrate new markets.

Another option for extra cash is to return it to shareholders as dividends.

Share buybacks are akin to reinvesting in its existing business by reducing the number of shares issued. If the management team believes that the share price is cheap relative to the company’s prospects, it can be a good option.

In essence, using cash to buy their own shares at depressed valuations would amount to scooping up a bargain.

A need for expansion

Going back to Top Glove’s example, the group has announced an ambitious expansion plan to increase its production capacity from the current 93 billion gloves per annum to 205 billion pieces by the end of 2024.

The COVID-19 pandemic has been a catalyst for the strong surge in demand for nitrile healthcare gloves.

A total of RM 10 billion has been earmarked for this massive expansion.

Investors should note that Top Glove’s balance sheet held around RM 4.5 billion in cash as of 28 February 2021.

While the amount spent on buybacks of RM 141 million in February is small relative to the company’s cash balance, the question still arises as to why the buyback was conducted despite the company needing cash for rapid expansion.

Furthermore, Top Glove has also submitted an application to list its shares in Hong Kong to raise funds.

This move will bring in fresh capital to aid Top Glove’s expansion plans.

In light of its intention to list in Hong Kong, it seems puzzling that the company would spend cash on buybacks when it is so eager to raise more funds through a dual listing.

Another factor for investors to consider is whether management can make astute decisions on capital deployment.

Tying in with this is an understanding of whether the company’s shares offer value in relation to its growth prospects.

If management has a track record of deploying capital skillfully to generate great incremental returns for shareholders, then the act of buying back shares may signal undervaluation.

The engineering conglomerate is headed by CEO Wong Fong Fui, who is well-known for orchestrating the turnaround at food and beverage player QAF Limited (SGX: Q01) back in 1988.

Back then, the producer of the famous Gardenia bread had a market capitalisation of just S$15 million and was near bankruptcy.

Wong then turned the business around in just three years and then sold it to the Salim Group of Indonesia for S$500 million in 1996.

Note that this action was taken nearly a month after its real estate solutions subsidiary, Boustead Projects Limited (SGX: AVM), announced the formation of a private fund called the Boustead Industrial Fund.

Given Wong’s track record, investors may reasonably assume that Boustead Singapore’s shares were undervalued when the company bought them back.

Get Smart: Dependent on the company

The examples above show that there is no clear answer as to whether share buybacks signal that a stock may be undervalued.

Investors should look at each example on a case by case basis and use myriad factors to determine this.