As Featured on ST

Rising interest rates and the need for tech firms to conserve cash have been a reality check. 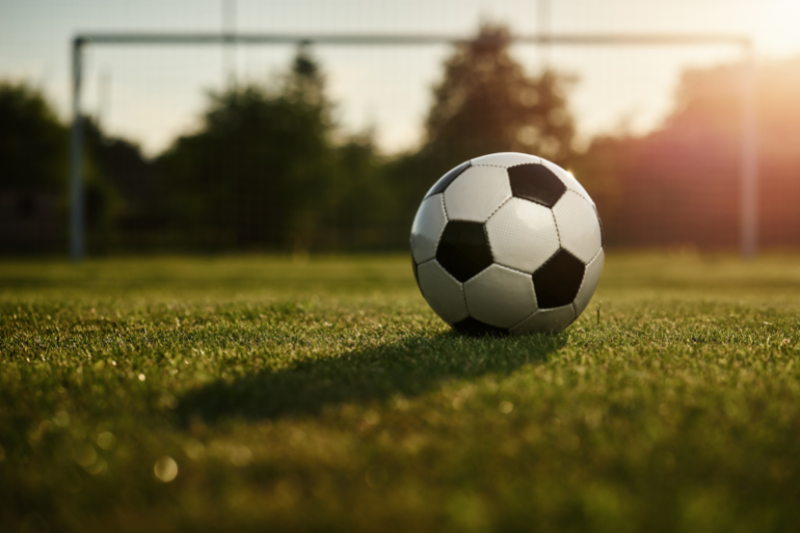 The shock departure of players from Singapore football club Lion City Sailors, and Singapore-based online gaming and e-commerce company Sea Limited (NYSE: SE) laying off 7,000 workers – what do these two events have in common? They show the effect of higher interest rates and a global slowdown hitting home, even in resilient Singapore.

Sea is the parent company of Shopee, the largest online shopping platform in South-east Asia, and the maker of popular games like Free Fire. It was founded by Singapore billionaire Forrest Li, who went on to buy Lion City Sailors, the Singapore Premier League’s first privatised club.

Just a few weeks ago, the club announced the departure of six highly paid players, including Gabriel Quak, Faris Ramli, Shahdan Sulaiman and Hassan Sunny, who have a laudable combined tally of 289 caps for the national team.

The move follows a massive cost-cutting drive Sea has embarked on over the past six months. It has laid off some 7,000 staff spanning many business functions in Singapore, reduced expenses, and shut operations in European and Latin American markets.

In theory, being a footballer should be one of the most secure occupations during a downturn and furthest removed from the tech industry’s woes. But the series of events only goes to show that nobody’s job is safe in an economic downturn. Not when the tentacles of technology giants like Sea have reached far and wide into the most unexpected places in their earlier expansionary phase, when money was cheap and a positive reputation arising from supporting the local football scene could be secured for a pretty penny.

A global economic storm of epic proportions is brewing around the world as supply chain shocks and surging demand have pushed up prices of goods and services, and a slew of layoffs threatens to unleash a wave of unemployment. Yet here in Singapore, real median wages have grown by 2.1 per cent. Employment has ticked up in the resident workforce.

The optics of keeping footballers but firing techies

Indeed, in the case of the hapless Lion City Sailors and Sea, this might be as much a case of optics as it is about hard dollars and cents.

It would be incongruous for Mr Li – Sea’s chief executive, whose wealth has fallen from US$22 billion (S$30 billion) in 2021 to just over US$3 billion as the company’s shares fell 87 per cent from their peak – to keep bankrolling his beloved football club on the one hand while dishing out severance packages to employees at his tech enterprise on the other. Sea would not only appear insensitive to staff made redundant, but also have its business priorities called into question by shareholders.

But where the cull at Lion City Sailors arising from Sea’s belt-tightening measures is concerned, the inconvenient question must be asked: Did Sea really need to be that brutal and thorough in getting the company back in the black?

Sure, the alarm bells of a rougher ride ahead for businesses have been sounded. Central banks around the world – with the notable exception of the Bank of Japan and the People’s Bank of China – are in monetary tightening mode. They are hoisting interest rates and shrinking their balance sheets through quantitative tightening. The United States Federal Reserve is committed to withdrawing US$95 billion a month throughout 2023. In other words, more than US$1 trillion will disappear from the global economy next year.

On the other hand, amid all this, Sea still has about US$10 billion of cash on its balance sheet as at the last count. How much cash can it possibly need?

The answer? It needs much more. In its annual filing to the US Securities and Exchange Commission, Sea’s cash flow from operations in 2021 was negative to the tune of US$2 billion. Essentially, it might have only five years of available cash to keep its business afloat if it continues to burn cash at this rate.

Having enough to ride out five years might seem like a decently sized war chest. But let’s not forget that after the bursting of the dot.com bubble in 2000, it took nearly a decade for the telecoms, media and technology, or TMT, sector to recover. It could take just as long this time, if not longer, for investors to rediscover their once-insatiable appetite for growth at any cost.

Why the need for a cash hoard?

Many seasoned investors believe that cash is king for good reason. Cash is one of the most valuable assets to have in times of uncertainty. Without cash, a business cannot pay its wages, rent, suppliers – or the taxman.

Cash is also an especially reassuring buffer for an e-commerce and gaming company to have during a period of volatility when many once-reliable revenue streams and giant cash cows could come under assault, as consumer behaviours change and people curb spending. In this storm, cash provides the business with security in meeting financial commitments and providing affirmation to shareholders it can weather this downturn without going bust.

Beyond being a vital lifeline, a strong balance sheet packed with cash can be a resource multiplier, allowing Sea the financial flexibility to take advantage of beaten-down, undervalued stocks and snap up new business opportunities.

But how much cash should a company hold before it’s punished for not putting that capital to better use? That really depends on its sector. Experienced companies in cyclical sectors such as property and commodities should have enough cash on their balance sheets to cope with predictable downturns.

A technology company, meanwhile, should try to hold enough cash to survive at least six months of cash burn. Many tech start-ups like Grab (NASDAQ: GRAB) and Gojek are still unprofitable and very cash-hungry. But six months’ worth of cash might be insufficient if this bearish market persists. So isn’t it better to be safe than sorry?

Plus, it’s one thing for flavour-of-the-year start-ups to burn through cash when the global economy is awash with liquidity and investors have the risk appetite to stomach losses in exchange for some lofty, long-term and remote objective of market dominance. But not when money is tight and investors might be tempted to cash out, the way Tencent (HKSE: 0700), Sea’s biggest backer, did in January when it trimmed its stake.

Consequently, the problem is that cash burned today is increasingly difficult to replenish tomorrow, whether through selling more shares or issuing debt when interest rates are high and stock markets are volatile. Better then, as Sea has decided, to stretch every dollar on hand.

That leaves cost-cutting as the only way to stabilise the ship and rein in spending for the next little while – whether this involves retrenching staff, mothballing cash-hungry projects, slaughtering sacred cows or jettisoning vanity projects like bankrolling a beloved soccer club.

Sea seems to understand that the coming onslaught will be a brutal test in which only the fittest will survive. Full marks then for the company. It has taken the bull by the horns, with three rounds of job cuts. It has axed staff in supporting functions like human resources and learning and development – disciplining business units that are cost centres while being more careful about touching profit-generating departments.

But what this means is that other Sea divisions not generating profit and producing significant cash flow could be in peril.

The trouble is, the company has only one profitable business segment: Garena. The video-game publisher made US$2.5 billion in operating profit in 2021. That division has helped to prop up Sea’s unprofitable e-commerce and fintech businesses. Those two divisions, by comparison, made operating losses of US$2.76 billion and US$640 million in 2021, respectively.

The question is whether Sea really needs to be that brutal with its restructuring. After all, it still had US$10.2 billion of cash on its balance sheet at the end of its 2021 financial year. However, by the end of the third quarter in 2022, that cash pile had shrunk to US$6.2 billion. It had burned through US$4 billion in nine months. That is a lot of cash going up in smoke. It can’t afford to carry on as before.

Garena, its profit engine, is stalling as fewer people are playing video games in a post-pandemic world. Additionally, an unexpected ban on its battle royale game, Free Fire, in India, which is one of its fastest-growing markets, has put a pause on growth.

Consequently, Sea has set out a clear strategy to forestall the coming financial storm by shifting away from expansion into consolidation mode. Investors will expect more out of this South-east Asia tech darling, the world’s best-performing stock in 2020, given its maturity relative to younger peers like Grab and Gojek, which listed only in the past year.

The unfortunate result is the long list of casualties, hailing from the unlikeliest places like Lion City Sailors.

There are many who say a recession will not arrive on Singapore’s shores in 2023 even as the city state battles a long period of inflation, high interest rates and slower growth. But as Sea’s decisions show, the body count is piling up.

Note: An earlier version of this article appeared in The Straits Times.

And for tech companies reading the tea leaves of this latest saga to discern wisdom, they would do well to learn that adopting a Pollyanna attitude will not help companies get through the downturn. But enough cash in the bank could.