As the curtains come down for 2022, there are six key numbers that come to mind. 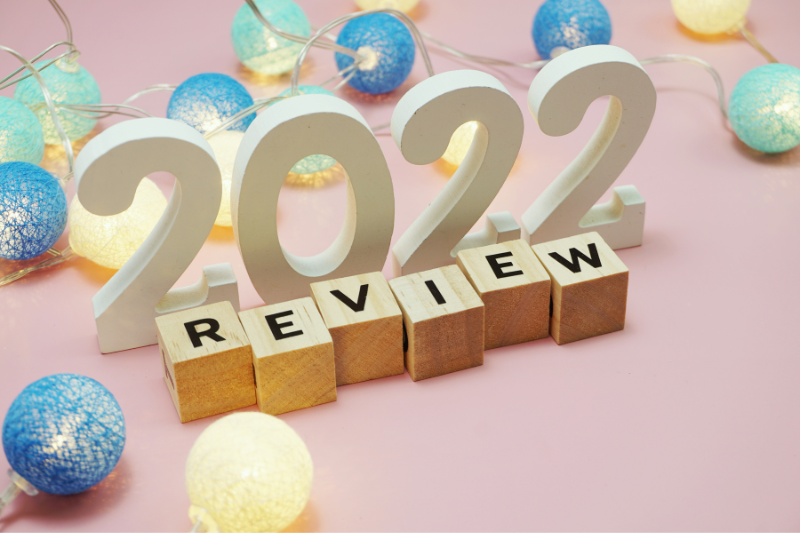 As the curtains come down for 2022, it’s time to reflect on the events that have defined the stock market for the year.

There has been no shortage of uncertainty, ranging from the Ukraine-Russia war to the sky-high inflation and aggressive interest rate hikes, to name a few.

Amid the multitude of challenges we face as an investor, it’s imperative to put everything into the proper context so that we may learn the right lessons from them and not the wrong ones.

Here are six numbers that come to mind.

The NASDAQ peaked at around 16,200 points in late November 2021 before ending the year down by less than four per cent from its high.

But under the hood, the cracks had started already appearing for the tech-heavy index.

In the first week of January, data from Sundial Capital Research showed that approximately four out of every 10 companies on the index were down by over 50 per cent from their 52-week highs.

Furthermore, the majority of stocks within the NASDAQ were down by 20 per cent or more.

This level of carnage is only exceeded by major bear markets of the past such as the 2000 dot-com bubble, the 2008 great financial crisis (GFC), and the 2020 pandemic crash.

Sure enough, the NASDAQ entered a bear market in late February.

In March 2022, the US Federal Reserve moved to raise interest rates for the first time since December 2018 to combat runaway inflation.

The initial rate hike was a relatively tepid 0.25 points.

However, what followed next was far from normal.

According to data compiled by the Visual Capitalist, the effective federal funds rate rose past the two percentage mark within six months, its fastest increase in decades.

To put this into context, the US central bank took as much as 36 months to reach the same rate level in its previous rate hike cycle between December 2015 and December 2018.

In fact, since 1988, the closest example of such an extreme pace was between February 1994 and February 1995 where it took 12 months for the US Fed to increase rates to 2.67 percentage points; that’s still twice the duration of the latest rate hikes.

In other words, the current pace of increase is abnormal in recent times.

As investors, we should be mindful of the differences between the different eras before drawing any conclusions. The best lessons, after all, are learnt over years, not months.

The pace of the rate increases took a toll on financial markets.

Similar to January’s date, there were few other periods where the index’s performance was worse, namely the Great Depression in the 1930s, World War II, the 1970s bear market, the dot-com bust and the 2008 GFC crash.

Notably, the rise in US interest rates has wreaked havoc in exchange rates.

In October, the International Monetary Fund (IMF) said that the US dollar is at its highest level since 2000.

These sharp changes in currency rates left a mark, especially on US-based companies with international operations.

Similarly, healthcare conglomerate Johnson & Johnson (NYSE: JNJ) saw its international sales growth flatline after experiencing a 12.6 per cent currency headwind in its third quarter. Excluding this impact, growth would have a solid 12.3 per cent year on year.

When it comes to currency, the effect cuts across all industries.

Everyone suffers the same impact, but the best businesses will still win.

As the year winds down, data from financial firm Charles Schwab showed that 2022 had the fewest positive trading days since the 2008 GFC and the 2000 dot-com bust.

This year, there were less than 120 trading days where stocks from around the world recorded a daily gain.

Like it or not, as humans, the effect of seeing red ink, day after day and month after month, can have an impact on our investing psyche.

According to Nobel Prize winner Daniel Kahneman, our minds are designed to recognise danger without needing any prompts from us. And when it comes to investing, this innate ability can send the wrong signals to our brains and cause us to panic sell at the wrong time.

Given the circumstances, it is in our best interest to keep a level head to survive today’s market crash.

The final stat is symbolic rather than a defining number.

Amid this year’s doom and gloom, it’s important to remember that innovation has permanently changed the way we live and work.

Prior to the pandemic, the number of remote jobs posted on the platform was a mere 1%.

Today, this proportion has grown to a stunning 14%, suggesting that there is a massive shift in companies willing to accept remote workers. Tellingly, over half of job applicants on Linkedin are targeting remote work, suggesting that it is becoming a key preference.

This massive shift is a keen reminder that innovation is happening all the time.

Many of the common digital tools we are familiar with today gained prominence during the pandemic and are here to stay.

As investors, this is a good place to end the year on an optimistic note.

While the world is rife with uncertainty today, the investing principles that have served us well for decades will make a difference when the dark clouds clear and it comes time to grow again.