6 Investment Risks You Should Know Before You Buy Stocks: Part 4

Economic risks loom large for any investment, and investors should sit up and take notice. 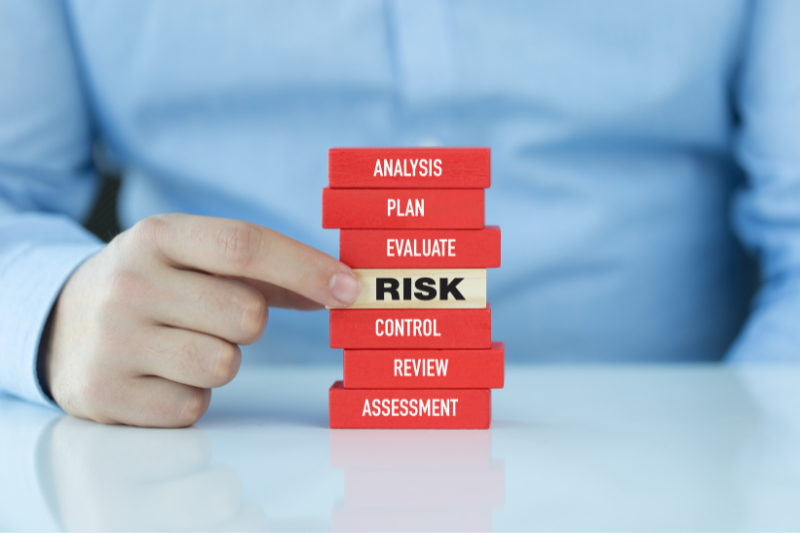 In the continuation of this series of articles on investment risks, we now look into the economic risks affecting a company.

You can read about the first three categories in Part 1, Part 2 and Part 3.

GDP growth of a country

Find out the Gross Domestic Product (“GDP”) growth history of the country in which the company is located.

Are there signs that business activity is slowing down, or is the economy chugging along just fine?

Economic activity is an important factor to consider as the country’s GDP is a good indicator of economic growth.

If the economy is not doing well, then the company domiciled within that country may also suffer along with it.

Inflation relates to the general increase in the prices of goods and services within a country.

Hyperinflation is a severe case of inflation where the value of money erodes extremely quickly, resulting in social unrest and widespread dissatisfaction.

If a country has ever experienced hyperinflation, it may indicate a problem with its political and/or economic landscape.

The general outlook for businesses

An important question to ask yourself: for businesses operating within the country, what is their general outlook and prospects?

Find out whether companies are doing generally well or struggling to grow profits.

Some may have to grapple with persistent issues such as high taxes or policies that are not clearly defined.

Such issues may sound an alarm to the investor that business conditions are challenging or deteriorating.

Other than GDP, investors can look to other economic indicators to determine the health of the country’s economy.

CPI is a measure of inflation within a country, PPI measures changes in the average change in selling prices from the producers’ perspective, while BP measures the difference in total value between payments in and out of a country.

Finally, investors should assess if a country’s exchange rate is stable, appreciating or depreciating against other major currencies.

Some recent examples include the Japanese Yen, which has depreciated by 23.4% against the Singapore dollar in the last year.

The Euro has also depreciated against the US dollar by around 13.5% since July last year.

If the economy is doing well, then the currency should remain stable or even appreciate.

A rapidly depreciating currency could be a sign of fund outflows from a country and could signal potential trouble brewing within the country.