5 Things You Should Know About Sheng Siong

Here are five facts you may not have known about this supermarket operator. 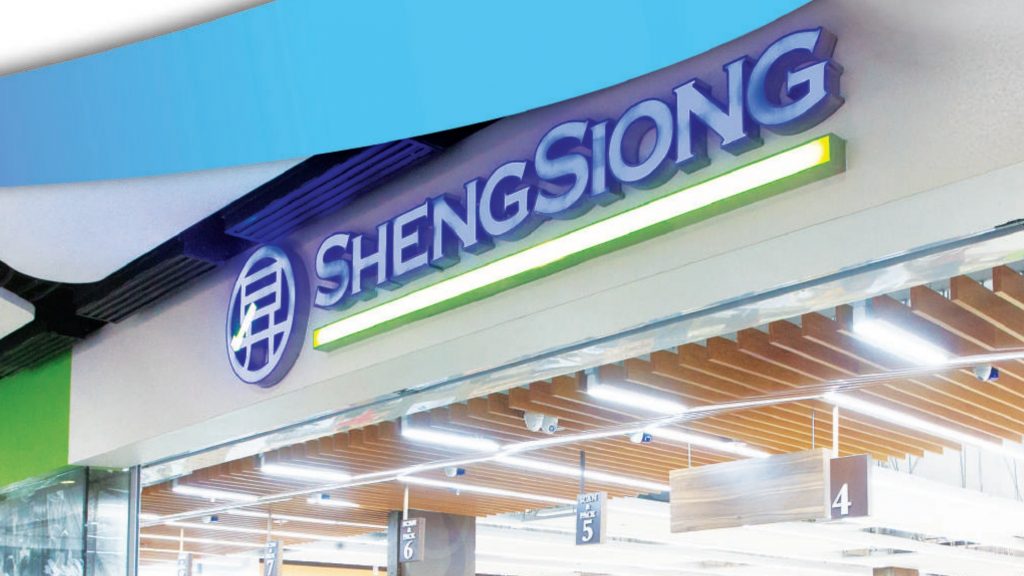 However, in 1985, their successful Cheng Siong Pig Farm (which reared 3,000 pigs at its peak) like many others suffered when the government closed down the pig-farming sector.

But a visit to a Savewell provision store in Ang Mo Kio changed Mr Lim (and his new wife’s) fortunes.

Noticing it didn’t sell pork, he proposed setting up their own counter in the store from which they could sell off the farm’s excess stock of the chilled meat.

The owner agreed, accepting 20% of Mr Lim’s takings as rental.

However, the Savewell chain of stores was experiencing difficulties of its own.

The chain was soon forced to put its stores up for sale by offering them to its existing tenants.

Lim Hock Chee and his brothers, borrowing capital from their father, bought their outlet for S$30,000, and the first Sheng Siong store was opened.

2. The birth of Sheng Siong

With only a skeleton crew to run the store made up of the three Lim brothers, their six sisters and a Savewell employee Lim Gek Heng, life was tough.

This was made worse by the fact that there were five other provision stores within walking distance of theirs.

To worsen the problem, the store was located at the foot of a slope and was not visible from the main road.

However, the Lim family focused on offering no-frills products at rock bottom prices.

The siblings also offered to carry heavy items for customers up the stairs – believing in the importance of offering “excellent customer service”.

Their hard work paid off.

By 2004, only one of their local competitors remained.

Sheng Siong soon opened a second store in Bedok, followed by another in Woodlands, which featured the novel (and popular) concept of a wet-market style fresh produce section.

The company continued its no-frills strategy, buying in bulk and keeping prices low.

At the same time, it opened stores in areas with little competition that offered lower rents.

5. Thriving in times of trouble

If shrewdly managed, supermarkets possess the unique ability to be able to thrive under tough economic conditions.

Even events such as financial crises, the pandemic and the aftermath of 9/11 terrorist attacks do not dent their allure.

After all, we still need to eat.

When diners couldn’t eat at restaurants during 2020’s circuit breaker, they bought more food from supermarkets to cook at home.

But did you know these other interesting facts:-

Today, Sheng Siong is Singapore’s third-largest supermarket chain after NTUC Fairprice and Cold Storage, which is owned by Dairy Farm International Holdings Ltd (SGX: D01), with 63 outlets around the island.

The group sells everything from groceries and seafood to essential household items.

It strongly believes in offering customers a quick and efficient service, and reckons it has the fastest cashiers and shortest queues.

Sheng Siong’s growth story is far from over.

The chain started out humbly but has established itself as one of the largest supermarket chains today in Singapore.

Its savvy business acumen and focus on delivering excellent service have allowed it to grow and expand successfully.

The group has opened two profitable outlets in Kunming, China as part of its regional expansion strategy.

By the end of last year, it had planned to open two more, making it four in total outside of Singapore.

As the pandemic eases and HDB units are open for bidding once again, Sheng Siong plans to continue with its strategy of bidding for HDB spaces to open new outlets.

Inflation is on the rise and is expected to persist into 2022. To beat these rising costs and eventually prepare for retirement, as investors, we need to make our money work harder for us. Be prepared for 2022 with our Special FREE report “Year in Review & What to Expect for 2022”. Click HERE to download for free now!