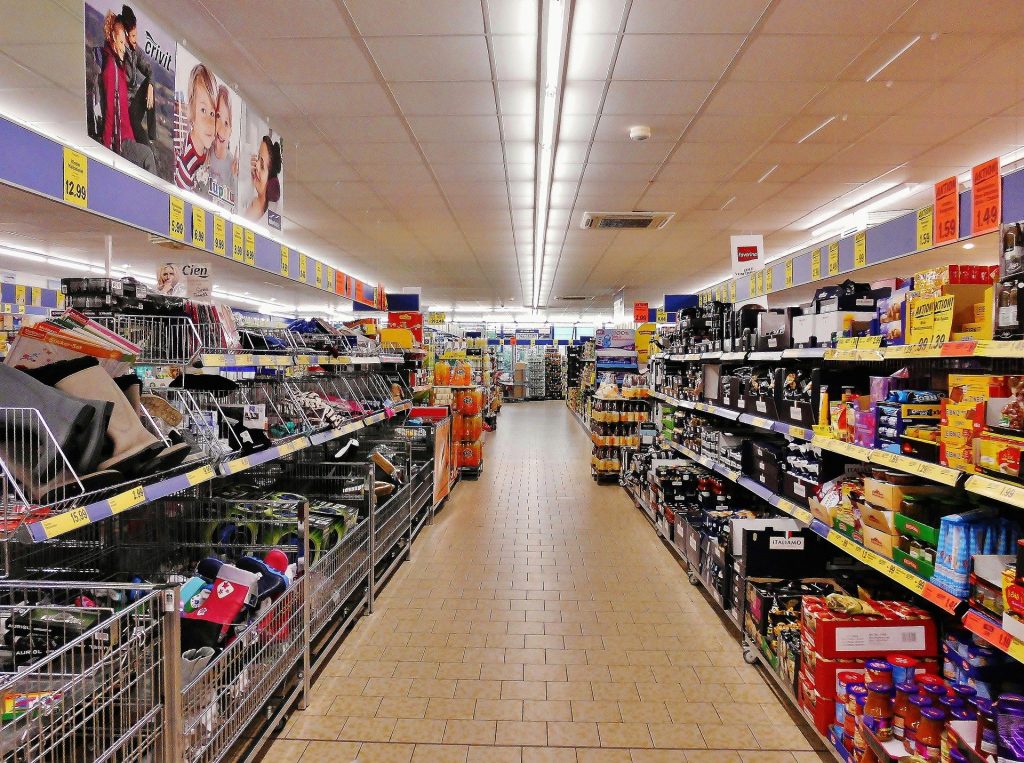 DFI’s brands, namely Cold Storage, Giant, 7-11, Guardian Health and Beauty, Wellcome, and IKEA, should be recognizable to most shoppers.

The conglomerate operates a range of retail formats, including hypermarkets, supermarkets, convenience stores, health and beauty outlets, and food and beverage (F&B) outlets.

However, the retailer had fallen on tough times in recent years.

Its hypermarket format, in particular, has struggled.

In response, the group announced a transformation plan in the fiscal year 2018 (FY2018) that led to a significant impairment charge and additional expenses incurred to shut underperforming stores to realign its business.

A year has passed, and it’s time to check again to see how the retailer has performed. Here are five aspects of the group that may interest investors. 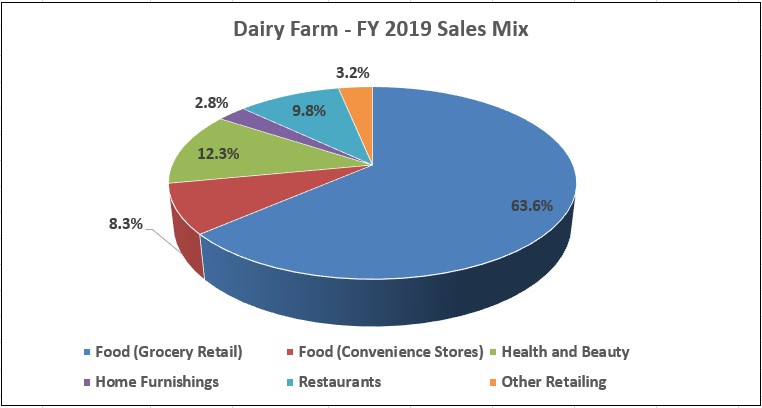 DFI’s core business remains in grocery retailing, as can be seen from the graph above.

Close to two-thirds of its FY2019 revenue came from its supermarkets and hypermarkets division, and this proportion was even higher than FY 2018 (at 60.7%).

Prior to FY2019, DFI announced a re-jig of its hypermarket stores under the Giant brand.

The action has resulted in around 70 “refreshed” Giant stores where space has been optimised to boost margins and profitability.

Rustan Supercentres business was also integrated with Robinsons Retail during 2019, which helped boost sales in the Grocery Retail division.

Though Hong Kong saw significant disruptions in daily life due to the social unrest that broke out in July 2019, like-for-like sales at Wellcome supermarkets increased as more customers ate at home. 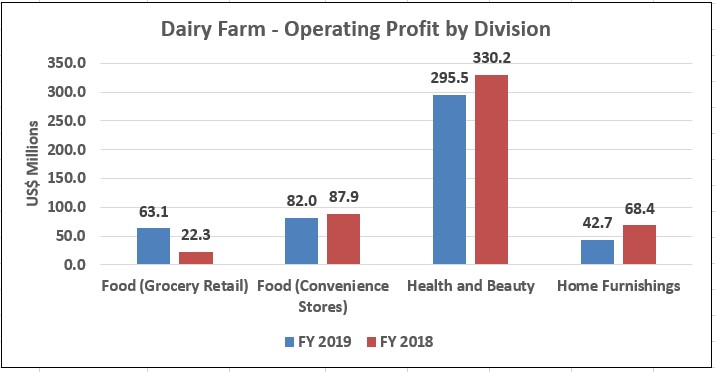 The graph above shows, at a glance, the operating profit for DFI’s four main divisions.

Grocery Retail division saw the largest percentage jump in operating profit, almost tripling within a year. The rise was driven by space optimisation and improvements in product range at smaller, upscale format stores.

The new Mercato format was introduced at Gurney Plaza in Penang, Malaysia, while CS Fresh, an upscale supermarket concept, was introduced in Singapore.

Meanwhile, a new in-house brand called Meadows was also introduced during the year with 150 products, and there is a wider product range to be introduced in time to come. 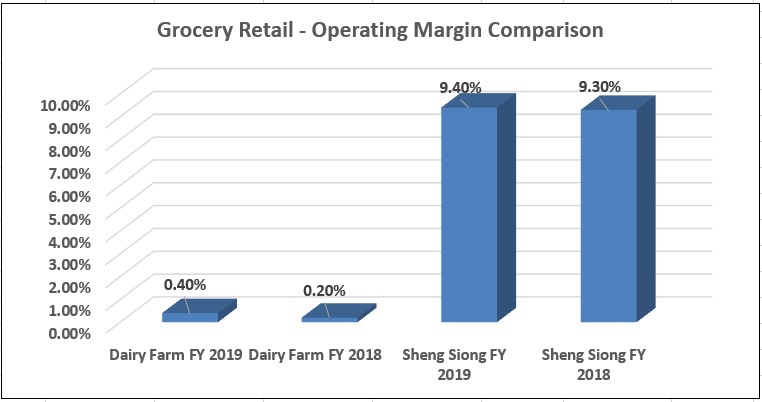 When I compared the operating margins for both DFI and Sheng Siong, it became clear that DFI had a lot of catching up to do.

Operating margin was just 0.4% for DFI in FY 2019, while it stood at 9.4% for Sheng Siong. One reason for the disparity could be the under-performance of hypermarkets for DFI, as this format is also lumped under “Grocery Retail”.

DFI appointed two new positions — Chief Digital Officer and Chief Technology Officer, back in the fourth quarter of the fiscal year 2018. The aim was to drive digital innovation and transformation within the group.

A year later, SAP was introduced and a significant number of legacy systems have been removed.

Investments have also been made in e-commerce to support the Home Furnishings and Health and Beauty segments. DFI’s digital analytics capabilities are being boosted, while partnerships are sought with technology companies to further boost the group’s IT capabilities.

5. Continues to maintain its annual dividend

Despite the weaker results, DFI has continued to maintain its full-year dividend of US$0.21. At the last traded price of US$4.30, the shares offer a dividend yield of 4.9%.

DFI has been working hard on its multi-year transformation plan. Some of the initiatives implemented during 2019 include the development of store-based programs to enhance operational efficiency, improve freshness and reducing waste.

These plans have unlocked millions of dollars in financial savings, which are then ploughed back into the business to further improve it.

As with any transformation, time and patience are needed. Although DFI’s share price has hit a 10-year low, this has been partly due to the beaten-down sentiment impacting both China and Hong Kong. Pessimism also reigns due to the Covid-19 situation.

With a 4.9% dividend yield and a candid, capable management team, DFI looks set to deliver both operational and financial improvements in the years to come.